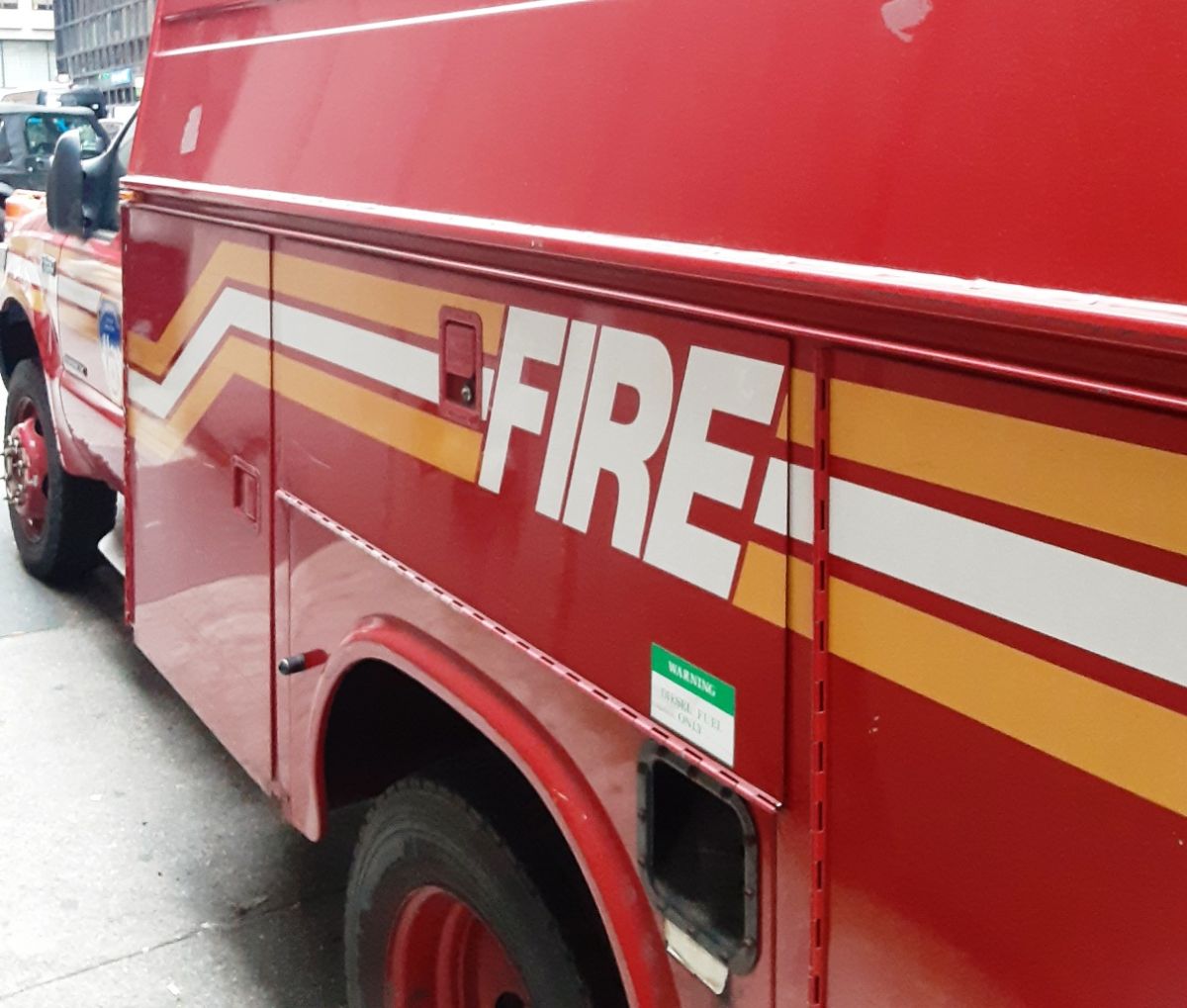 A woman was killed, and two men were injured in an apparent arson fire at home yesterday morning in Hempstead, Long Island (NY).

Daryle McClenic, 35, was later charged with criminally negligent homicide and criminal possession of a weapon, Nassau County police said, Newsday reported. The suspect was arraigned today for yesterday’s fire in the house next door to his, authorities said without offering further details.

The fire broke out at 103 Front St. around 6:30 a.m. yesterday, and about 55 firefighters worked to fight the blaze and rescue occupants in the three-story home. First responders found a woman dead inside and pulled out a man who suffered severe burns, Hempstead Fire Chief Michael Utaro said.

The other injured man suffered smoke inhalation and cuts and bruises while escaping the fire, according to News12. The names nor ages of the victims have been released.

“The fire was contained relatively quickly by the fire department,” Utaro added. “They did a good job suppressing it and evacuating as many people as possible.” Five adults and two children could get out safely, but one woman was trapped on the second floor.

“I just heard a noise and saw that the man was all burned up,” said a 20-year-old mother of two, who did not want to be identified. She said she lived in a separate unit on the second floor of the two-family house and managed to escape the flames.

“I couldn’t believe it,” witness Shawn Smith told ABC News. “I was sleeping and came out to see what was going on.” Red Cross personnel also assisted people who lost their homes and were left homeless.