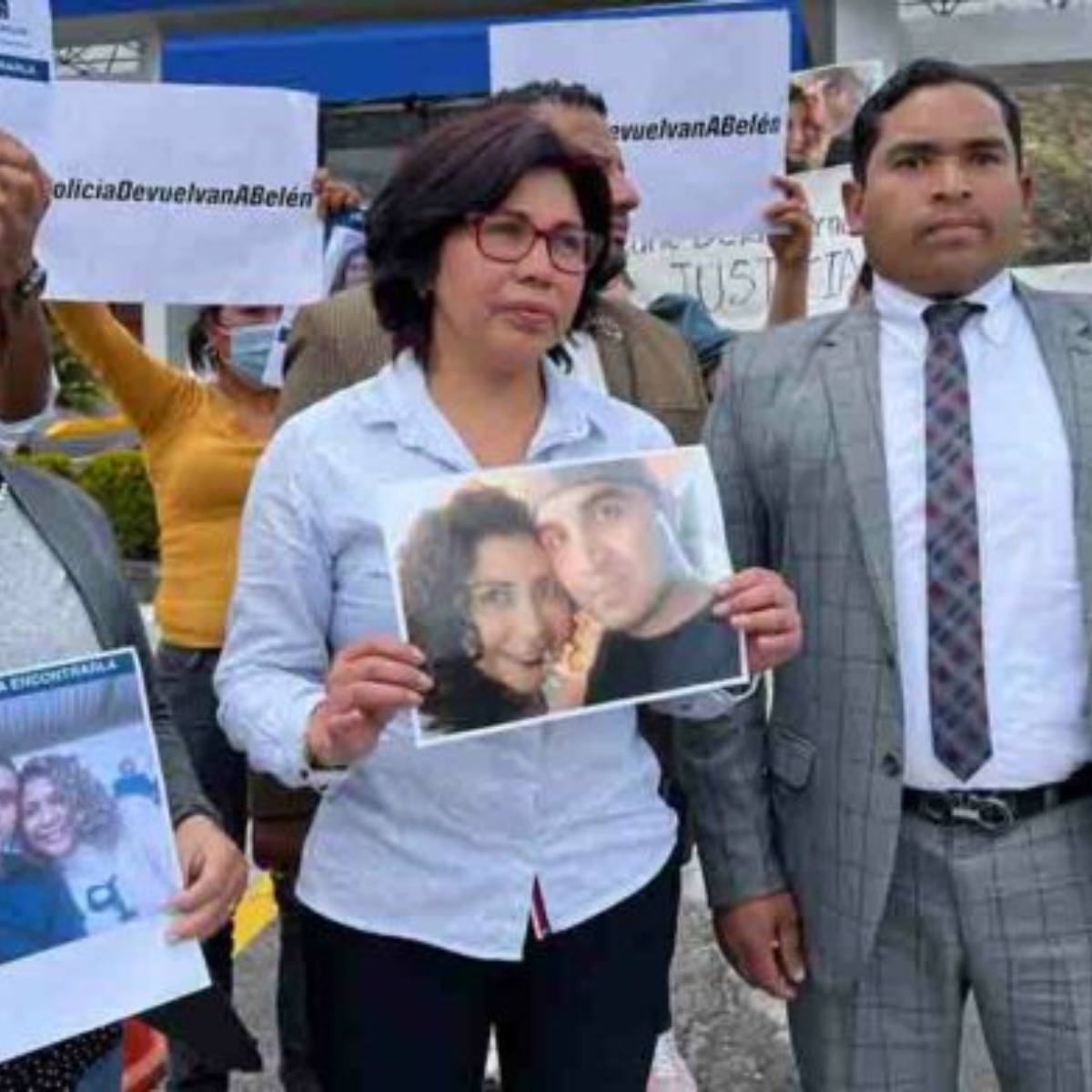 This September 19, 2022, marks one week since the disappearance of María Belén Bernal. It all happened last Monday, 11 when the lawyer went to the facilities of the Superior School of Police General Enriquez Gallo in the north of Quito. That day she came to visit her husband, Germán Cáceres.

The officer is a police lieutenant and is considered the main suspect in the lawyer’s disappearance. This Tuesday, new details of the investigation of this case were known.

The disappearance of María Belén in a police training school in Ecuador caused alarm about the increasing number of femicides in the country. It led to the dismissal of the institute’s director, Colonel Francisco Zumárraga.

According to the victim’s family, the 34-year-old lawyer disappeared after entering the school located on the outskirts of Quito on Sunday to visit her husband, Lieutenant Germán Cáceres.

Cáceres, an instructor at the institution, was summoned to testify before the prosecutor’s office. But he has not shown up for work, and his whereabouts are unknown.

American Post News reported that one of every four missing persons in Mexico is a woman, according to a United Nations (UN) report.

What happened to María Belén, who disappeared in Ecuador?

A witness heard a fight between Cáceres and Bernal. In addition, she heard blows and requests for help from the woman. This information is in the file of the Prosecutor’s Office.

Bernal’s family lawyer confirmed that Cáceres locked himself and his wife in the lieutenant’s room at the Police High School. For approximately 20 minutes, he allegedly beat Bernal.

In addition, the defense asserted that a police officer was aware that something unusual was happening in Caceres’ room and, despite this, kept silent. That officer, also a lieutenant, opened the door and observed two people on the bed, one of whom was Cáceres.

He “had a reddish stain on his hand, we presume it was blood,” the defender said.

Search for suspect in missing woman

According to authorities, Caceres is still at large. In fact, the government has ordered the deployment of operational, investigative, and intelligence police to locate him.

A photo of his face has even been published, and a reward of up to USD 20,000 has been offered to anyone who provides information to find him.

The Secretary of Public Security, Diego Ordóñez, announced the day before yesterday “the immediate separation of the person in charge of the direction of the Superior School of Police (ESP), Francisco Zumárraga. The police also opened an “investigation processes to sanction around ten members of the institution” as control chiefs and officers in charge of overseeing the ESP, said Ordóñez in a press conference.