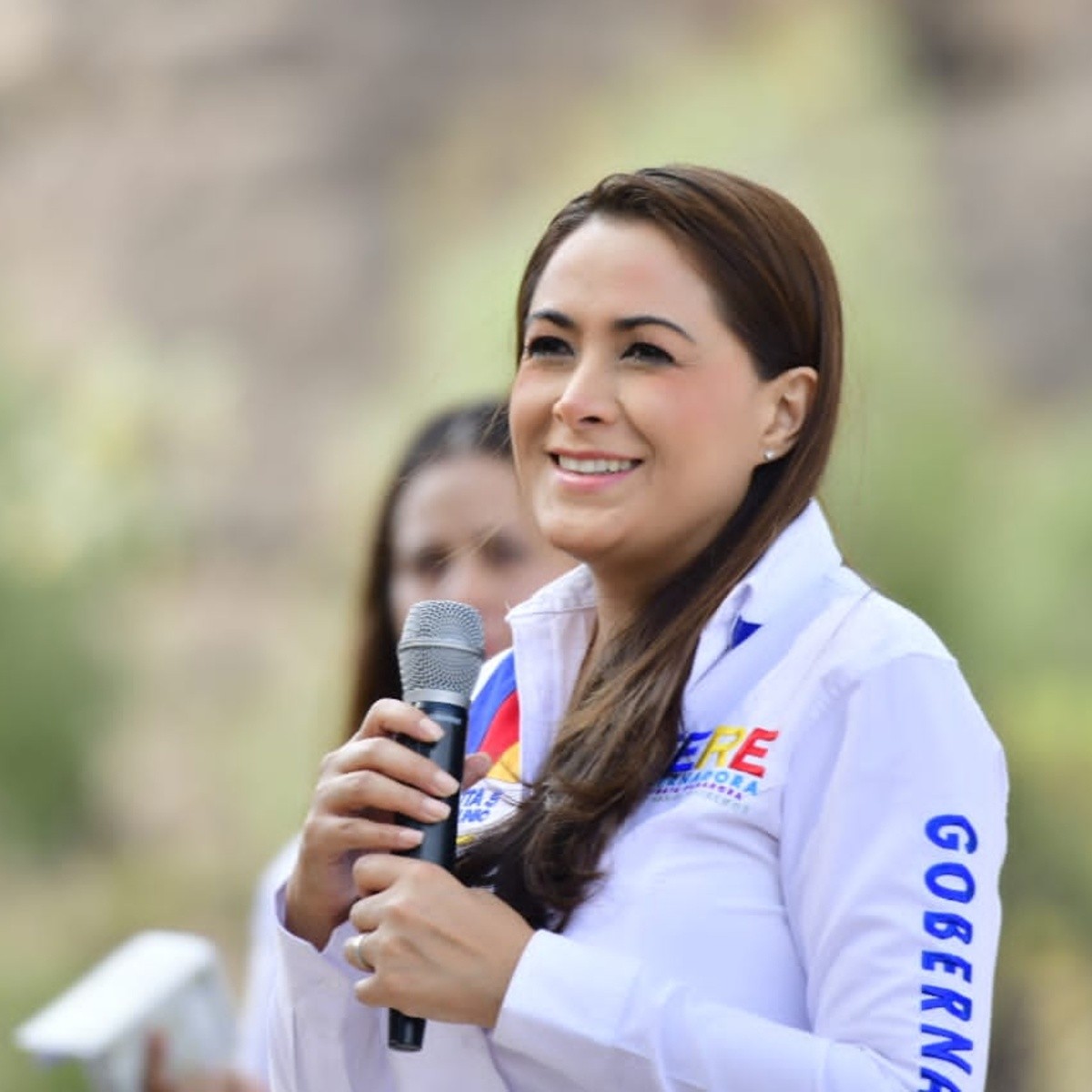 Aguascalientes, Aguascalientes.- A woman will govern Aguascalientes this 2022 and the candidate Teresa Jimenezof the PAN, PRI and PRD coalitiontalks about the needs and benefits in which he would work to move forward to the state of being the person elected by the people.

Tere Jiménez, 37 years old, single and former president of the state capitalis one of the five women who in the elections next June 5, 2022 They seek to be elected as the first woman to be the Governor of Aguascalientes. Her opponents are: Nora Rubalcaba (Brunette), Anayeli Munoz (Citizen movement), Martha MarquezPVEM-PT Alliance and nat rodriguezof Strength for Mexico.

The representative of “He goes through Aguascalientes” was interviewed by DEBATE and answered a series of questions, which will also be applied to the other four candidates, highlighting among her responses that his political campaign and job proposals are based on “respect” between society and rulers and towards other politicians, regardless of ideologies and parties to which they belong.

When did the concern of being governor of Aguascalientes arise?

It’s a dream since I was a child. The truth is that I always prepared and at 18 (years old) when I decided to study Political Science and Public Administration I decided that my career had to be one of service, delivery and I began to be in the neighborhoods and do social activities. At that time we were paid absolutely nothing, but we gave our time, our effort.

What qualities make you stand out from the other candidates for governor of Aguascalientes?

Above all, from the beginning of my campaign, before starting I made a planI had already been making the work plan for a year, the development plan for the coming years: with urban planners, architects, civil engineers, with doctors… we have to provide solutions. A campaign is not only confrontation, you have to give ideas, proposals.

What do you think of the phrase “among women we can tear each other apart, but we will never hurt each other?

Do you think Aguascalientes is a macho state? If your answer is yes, what will you do to change it?

The securityfor example, They don’t want us to look like the neighboring states: Zacatecas or Jalisco, which already know who governs them! (It omits the neighboring state of Guanajuato, governed by the PAN, and first place in homicides at the national level). People want us to shield the state, they want Aguascalientes not to be in third place, they want to be the first in Public Security and I believe that we can achieve it together.

There is a problem in the topic region drinking waterI believe that we have to have a water reuse system so that we can use and make good techniques from the field, which uses 70% of the water, and make a state system where the property title to the company is finished. (Veolia) that looted Aguascalientes for so many years and that it was my turn to sign it… Now I can tell you that next year is an extremely important challenge.

If I become governor, of course there are important issues: security, water and above all, which is what they have also asked me, public transport… I want to take Aguascalientes to a first world.

What would be the first action you would take as governor?

Shield the state! Second: the theme of the third ring: rehabilitation. We are no longer going to wait for the federal programs because nothing of the infrastructure that was federal has really arrived.

What are you going to do to combat the backwardness and poverty that exists in some communities and municipalities of Aguascalientes?

First, I believe that the inheritance that parents can leave their children is the educationso we will give educational scholarships and help children who have no opportunity… The other thing is to generate jobsI believe that by working we can all get ahead and later, yes, subsidize people who need more support, but not be paternalistic. I think that we have to teach ourselves, with training, to work oa undertake.

Is it among your plans to rescue the sources of work of yesteryear: the wine industry and the fraying?

Yes, Aguascalientes right now that I have been going to the municipalities and industries and they are already asking them from many countries about the issue textile Y denim pants are made here for everyone, the best brands.

I was seeing the unraveling in Calvillo, for example, and in other municipalities, which want export the products made here in Aguascalientes. The topic wineryCosío is already the first place with important exports to other countries and we have to protect the crops… Aguascalientes has to return to those origins of the grape, the textile and, above all, we are the first places in robotics. We are the second exporters of guava for the whole world, we are the second exporters of lettuce… there is cilantro, garlic, lemon, asparagus, peach, avocado.

If you are governor, how do you think the relationship with the president of Mexico, who is from MORENA, will be?

Of respect, I have always maintained myself with respect and if I ask for respect it is also (giving) respect to others.

Read more: Lemus promises that the Guadalajara Police will be better paid

Do you have any message for the people of Aguascalientes?

Let them vote on June 5! … On June 5 it is very important that you cast your vote and that you do not stop voting, because really when you stop voting it is because of the destruction of our country. We cannot allow them to continue destroying our country.. We want Aguascalientes to get ahead for its people and for the team that we are going to make here after June 5.

Watch the full interview with Tere Jiménez at the following link: