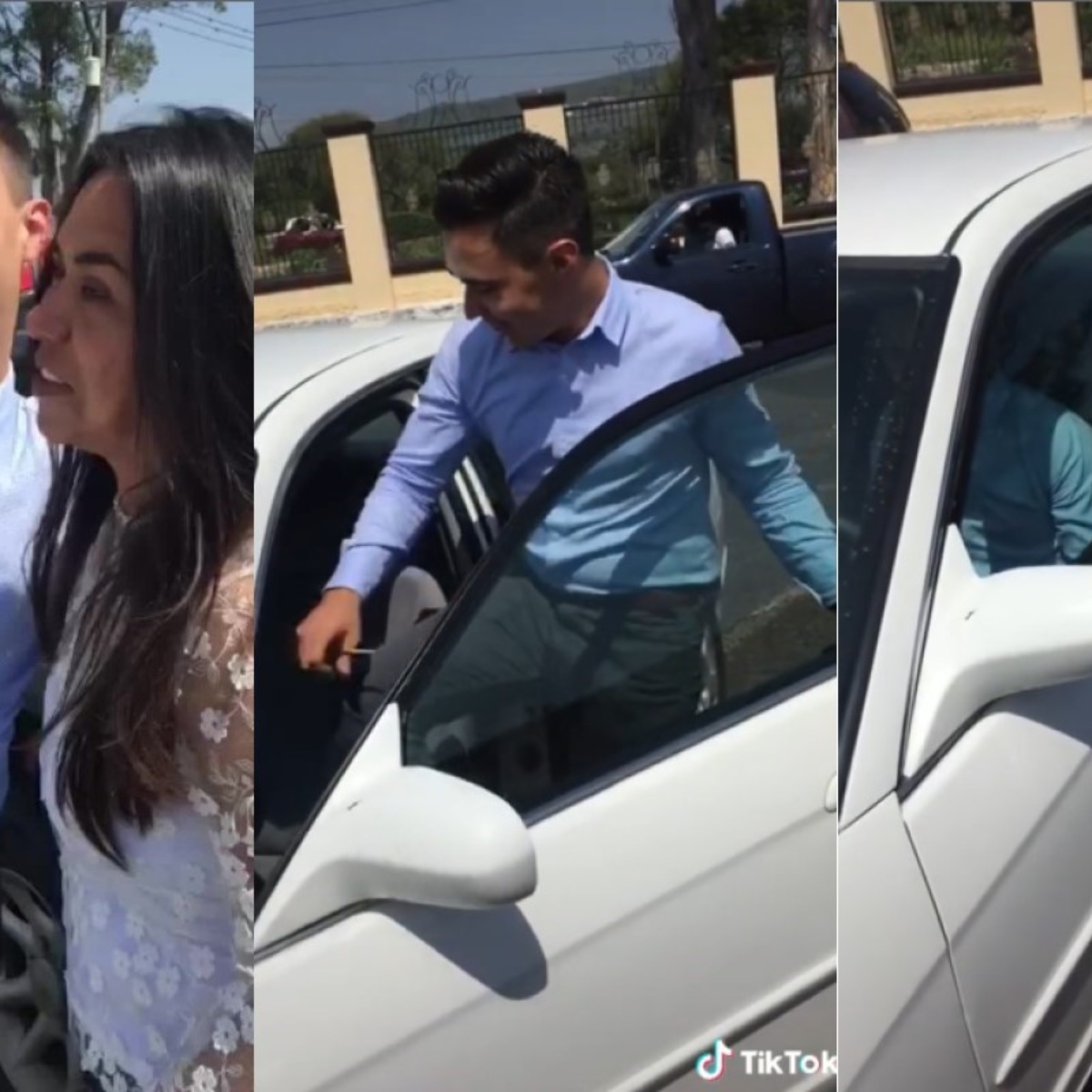 A young man has gone viral, why, because they give him a car and he crashes it the same day. Apparently the car was a gift for his graduation.

And it is that a young man had received his first car as a graduation gift, it became viral on social networks after crashing the vehicle. The record was shared through TikTok and the video quickly went viral.

In the video, the happy protagonist is seen getting into the vehicle and can be read: “I received my first car on my graduation day.”

In the same video he says that after traveling “two kilometers later”, he collided with another car.

At the moment the video already has more than 640 thousand reproductions and several users reacted to what happened, one of them says: “It would have been easier for him to pay for the uber hehehehe” or “no wonder they gave it to him until graduation”, were part of the comments.

It may interest you: Passenger dies after spectacular accident in Mérida

These were some comments regarding the viral video of the young man who was given a car and crashed it the same day.