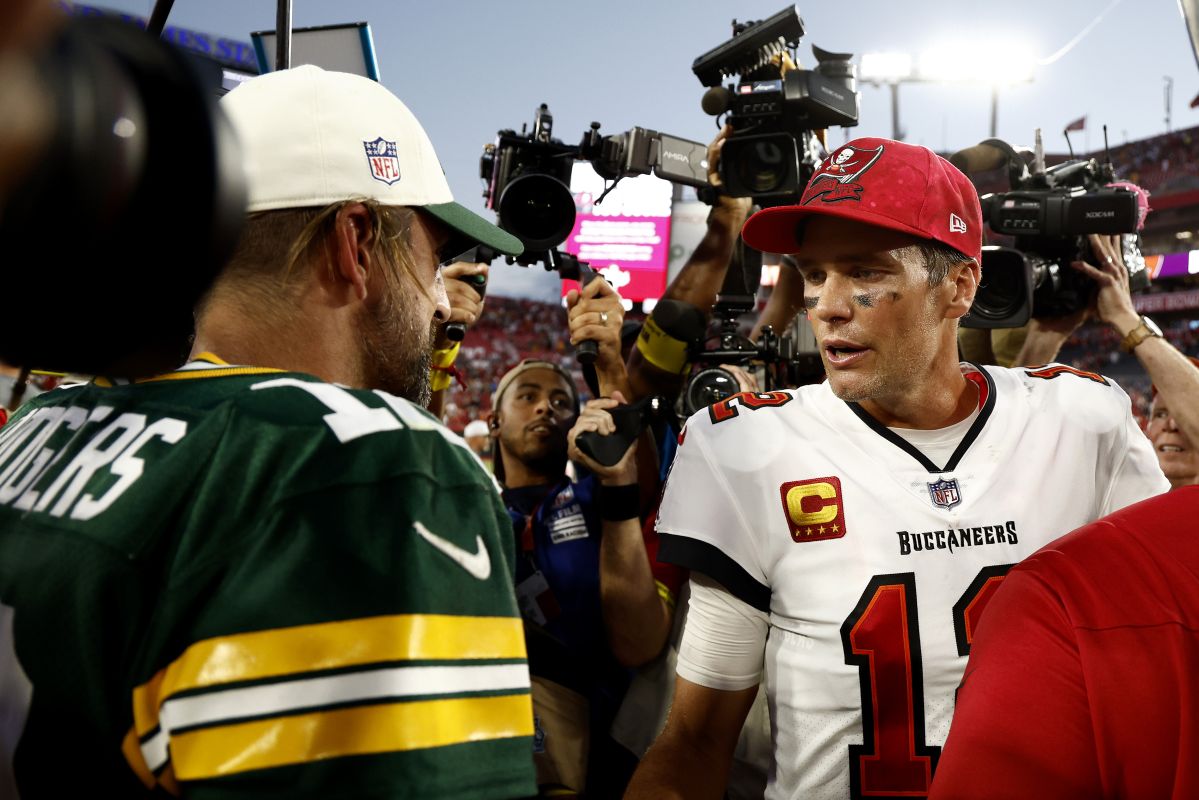 In the fifth duel between Brady and Rodgers, considered NFL legends, Rodgers added his second victory while the one considered by many as the greatest, totals three wins.

Rodgers was the highlight of the game by getting 255 yards, accumulating two touchdown passes, be intercepted once and suffer a capture. For his part, Brady played for 271 yards, had a touchdown pass and was sacked three times.

Brady had a hard time making his offense work, which didn’t have any of his starting receivers; Mike Evans is suspended after last game’s brawl while Julio Jones and Chris Godwin are injured; Nevertheless the Buccaneers took the lead on their first drive with a field goal.

Rodgers’ response was swift, and through a sack of 2022 drafted Romeo Doubs, Green Bay took a 7-3 lead.

While Brady screamed on the bench to ask his teammates for more, on the field Rodgers did damage again with his aerial attack and stretched the lead 14-3 with a touchdown pass to Allen Lazard.

Although the Tampa Bay offense managed a field goal and had a Brady possession in the last three minutes that the legend capitalized on to put the game 14-12 in the end the victory was taken by Rodgers himself.

With the victory, the Packers are with two wins and one loss, the same mark that the Bucs now have.