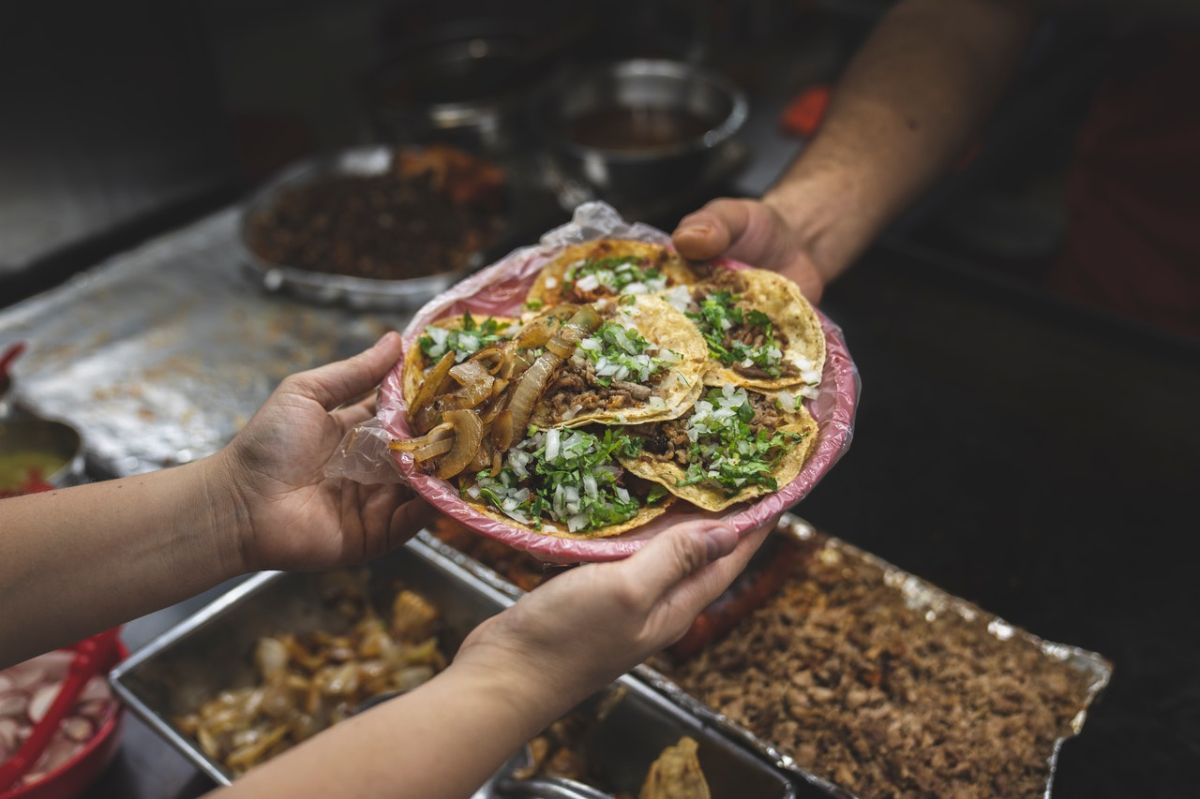 Chef Aarón Sánchez shares his basic tips on how to make authentic tacos. Sánchez is one of the most famous Latino chefs in the United States who is passionate about Mexican food and tacos are among the most popular foods in Mexico and have also become famous among Americans.

Although in the United States there are taquerías where you can enjoy exquisite tacos, the way they are prepared in fast food chains is not how they are traditionally done in Mexican taquerías.

Sánchez, who in addition to being a Master Chef judge, was the host of Cooking Channel’s Emmy-nominated series Taco Trip, You don’t want you replicating those hard-shelled tacos, ground beef, lettuce, and yellow cheese on top.

Corn is the basis of Mexican gastronomy, tacos have existed since pre-Hispanic times, they were invented with corn tortillas and today, corn tortillas remain the favorites for tacos.

Sánchez advises using a smaller tortilla than typical tortillas, in Mexico they are known as tortillas taqueras. According to Food & Wine, chef opts for 4-inch corn tortillas, stacked twice to maintain the integrity of the taco, that is, with a double tortilla. “The 4-inch tortillas keep everything compact and are reduced to two bites.”

The tortillas in popular Mexican tacos are soft corn tortillas. With some exceptions, such as when it comes to golden tacos. When the extended tortilla is fried and on top are placed beans, chicken or other meat, lettuce, cheese, cream, avocado and salsa, in that case they are not tacos, they are called tostadas.

To make sure the tortillas have the perfect consistency and temperature, Sánchez heats them on a griddle with a jet of water and oil in equal parts.

Mexican tacos can be many fillings, red meat, fish, poultry, insects, or just vegetables. For the famous tacos al pastor, pork is used.

Do not exceed the amount of filling, Sánchez recommends that when placing the meat in the extended tortilla you leave free a quarter inch edge aroundThis prevents the content from spilling when you fold the tortilla and eat the taco.

Cilantro is a garnish that balances the taco with a fresh and spicy touch. For the tacos you can not only use the leaves, but also the stems. “When I see that people don’t use the stalks, that’s what I call a gringo movement,” says Sánchez.

There are many other ingredients that can be added to a taco as a garnish, depending on the type of taco, they can be radishes, nopales, chives, pineapple (in tacos al pastor) and pickles. What is almost never lacking among the accompaniments is lemon and a good sauce.

It may interest you:
-Who invented tacos and how they became so famous in the United States
–Birria tacos are one of the 5 most popular food trends in the world
-The Oaxaca cheese is sweeping the menus of restaurants in the United States
–Astronauts celebrate their great harvest of chili peppers in space with taco night