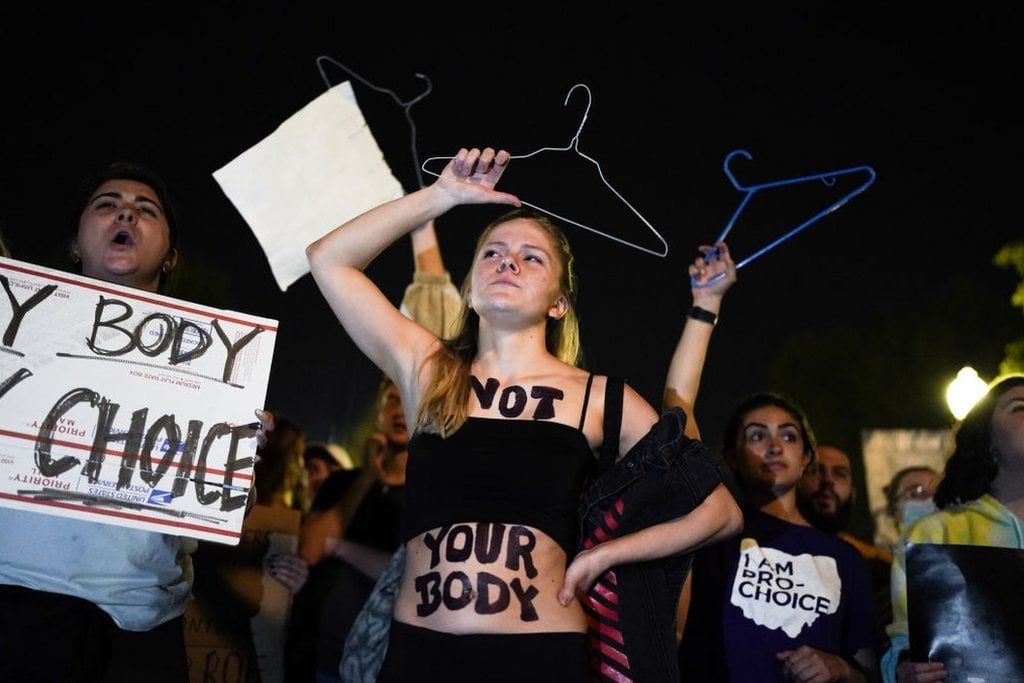 The Supreme Court of the United States annulled this Friday the historic ruling known as ‘Roe v. Wade’, which since 1973 guaranteed the right to abortion in the country.

With this decision, backed by the majority of conservative judges of the court by 5 votes against 4, the way is opened so that abortion can be made illegal in the states that so decide.

About half of the states in the country are expected to introduce new restrictions or bans.

thirteen of them laws have already been approved in advance that will automatically prohibit abortion after the Supreme Court ruling.

And others are likely to quickly approve new restrictions.

Some 36 million women of reproductive age will be deprived of the right to abortion, according to research by Planned Parenthood, a medical organization that provides pregnancy termination services.

The origin of this Friday’s Supreme Court ruling dates back to a specific case, Dobbs v. Jackson Women’s Health Organization, challenging a Mississippi law that prohibits abortion after 15 weeks, even in rape cases.

Mississippi Attorney General Lynn Fitch asked the Supreme Court to uphold her state’s law and strike down the landmark Roe vs. Wade, what happened this Friday.

The sentence has not been a surprise, since in May a document on the decision of the judges was revealed, in an unprecedented leak.

But what is Roe vs. Wade and what implications will his revocation have?

Why is the case called Roe v. Wade and when was it decided?

The state prohibited abortion because it was not contained in the Constitution, except in cases where the life of the mother was in danger.

Advocating for the anti-abortion law was Henry Wade, the Dallas County district attorney. This is why the legal battle is known as Roe vs. Wade.

McCorvey was pregnant with her third child when she claimed she had been raped and brought her case to court. However, her claim was rejected and she was forced to give birth.

In 1973, her appeal reached the US Supreme Court, where her case was heard alongside that of a 20-year-old Georgia woman, Sandra Bensing.

Both argued that abortion laws in Texas and Georgia were unconstitutional because they violated a woman’s right to privacy.

By a 7-2 vote, the Court’s justices ruled that governments lacked the power to ban abortions.

The magistrates decided that a woman’s right to terminate her pregnancy was protected by the Constitution.

How did that case change women’s rights?

The ruling created the “trimester” system that:

What will happen after cancellation of Roe vs. Wade?

Abortion will not immediately become illegal across the country. Instead, it will be up to state legislatures to decide on this issue.

But it is estimated that about half of the 50 US states will move to ban abortions immediately. Some have discussed dozens of laws on the subject in recent years.

There are 13 states that have so-called trigger laws, which will lead to an immediate abortion ban following the Supreme Court decision.

Other states will continue to perform abortions, not only for women in their jurisdiction, but also for those who live in states where they are prohibited.

According to the Guttmacher Institute, these states that will protect abortion add up to 16 and include Washington DC, the country’s capital.

Which groups will be most affected?

The Guttmacher Institute estimates that about 36 million women of reproductive age they will live in states without access to abortion.

The repeal will mostly affect poor women, in southern and western states, who would have to travel to progressive states to get an abortion.

Specifically, it will affect young and African-American women more, who are the most likely to have an abortion, according to official data.

What does it imply for other civil rights?

Some experts assert that the reasoning outlined for striking out Roe v. Wade could set a precedent for the Supreme Court to strike down other civil rights, such as equality marriage.

“There are countless momentous events that could come out of this,” Denver-based attorney David Lane, a civil rights expert, told USA Today.

The decision enshrining the national right to same-sex marriage is not as old or as established as Roe v. Wade. That ruling dates back to 2016.