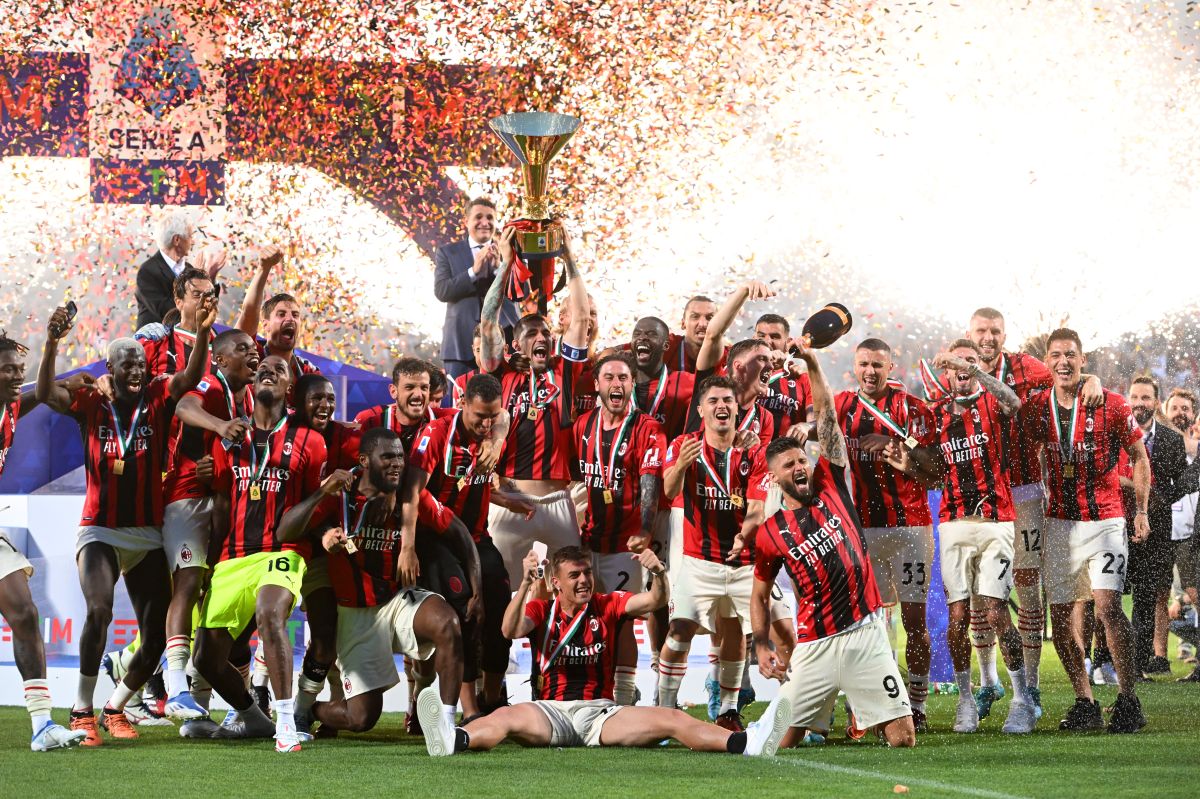 The ‘rossonera’ part of Milan smiled again. His team, unstoppable in this decisive final stretch of the season, did the rest to get a historical ‘Scudetto’, the nineteenth in its history, the first of a decade that seems, at least promising, against Sassuolo with a resounding 0-3.

Milan came depending on itself. One point made them champions, but the vertigo of a new surprise in this unexpected Series A, matched as much as possible until this last day, it flew over the heads of the visiting theoreticians in Sassuolo, followed by a mob of Milanese ‘tifosi’ who recreated San Siro.

But Milan did not give rise to doubt, not for a single minute. He ran over a Sassuolo that was no longer at stake and closed the championship in the first halfleaving in the second half for hugs, smiles, songs and celebrations.

The Portuguese Rafael Leao once again demonstrated that he is far superior physically. The player has exploded in the fair season for Milan, and today he was once again key in the most important match. He stole in the midfield, drove and gave away the first, in the 15th minute to Frenchman Olivier Giroud, who’s been to all the big dates.

But it is that Leao did the same again after half an hour. He imposed his physique, stole in a dangerous area, danced past two ‘neroverdi’ defenders and gave, again, another ball to a Giroud who was once again well placed. A ‘deja-vu’ unleashed madness in Sassuolo, but from the ‘rosonera’ fans, who looked like champions.

And three minutes later, the Mapei Stadium in Sassuolo definitely looked like San Siro. Leao completed his ‘hat-trick’ of assists when he reached the baseline and left behind for Kessié, like an earthquake coming from behind, to shoot and sentence the game.

The second part was an anecdote. The job was done, Milan got carried away and, although dominant, it was not the same as in the first half. Coach Stefano Pioli, the architect of much of this Milan, embraced each of the changes he made.

The players celebrated him, a coach who has quietly won over the locker room and has given the key to climb one more step, always hand in hand with an excellent Leao, to this Milan. He took off the substitute Ibrahimovic breastplate and celebrated in the stands as if it were 0-4.

The Swede has been a fundamental man in the locker room and although this season he has not been as decisive on the pitch due to injuries, the fans have immense affection for him. For a moment, it seemed the most perfect of afternoons, but the assistant raised the flag just as Ibra started to lift his goal.

Pioli was unleashed from the bench. He raised his arms, splashed water with his teammates, encouraged the stands. Milan was champion, nothing could prevent it, the feat was achieved.

Eleven years later, Milan celebrates being champion of Serie A. It is the nineteenth in its history, the first of this generation that aims to bring more success.

The referee whistled, Milan celebrated. The players were the only ones who did not wear red and black on the field, they were well differentiated with their second kit during the field invasion of their own, who more than a decade later return to the top.