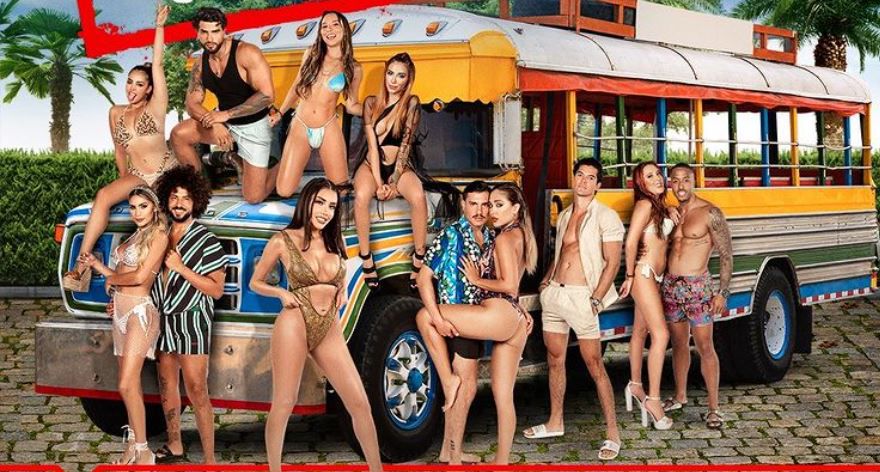 The ninth edition of Acapulco Shore, a program full of parties, “degenerate”, alcohol and multiple romances will reach both the mtv channel as to the platform Paramount+ this Tuesday, January 18 at 10:00 p.m.

“The days of waiting are over, IT IS HOOOOOY At 10 PM 🇲🇽 | 11PM 🇨🇴 #MTVAcaShore come back through MTV and @paramountplusla ACTIVATE ALARMAAAAAS” wrote the official Instagram account of this reality so that its fans prepare for the ninth premiere of the program.

Acapulco Shore 9 was recorded in Cartagena, a port city of Colombia, fans of this franchise have three options to enjoy the new season, which will premiere an episode weekly.

The second alternative to see the first chapter of Acapulco Shore 9 is through the streaming platform Paramount+, the catalog of the same will be updated at the same time that the broadcast on MTV begins, that is, at 10:00 p.m.

It should be noted that a subscription is required to view the episode, but if fans of this reality show choose to take advantage of the free trial of Paramount +, what they must do is enter the site to register with name, email and password, the price is 79 pesos per month.

This platform offers its customers 7 days free trial, so if people just want to watch this broadcast of Acapulco Shore, they will be able to cancel their subscription before that time without being charged any fees. Another option is hire Paramount + as an extra channel of the platform Amazon Prime Video.

The third alternative to view the premiere is make use of the official social networks of Acapulco Shore, the first chapter of season 8 was broadcast live both on the YouTube channel and on the Instagram and Twitter accounts.

It is important to remember that some episodes of Acapulco Shore 8 they were not shared in this way while others remained available for a few days, but so far, it is not known if the production will repeat the same dynamic.

The account of Twitter officer of this reality show is @AcapulcoShore and of Instagram is @acapulcoshore. Fans constantly make the label of the program a trend because they comment in real time on their impressions when watching the episodes on the day of the premiere.

On the other hand, the official YouTube channel is MTVLA, space where the progress and summaries of the content of each episode, in said videos the followers of the reality show can enjoy the most shocking scenes or determinants it’s from the season.

The members of the new season who had previously participated are: Karime Pindter, Eduardo Mirada the chili, Jacky Ramirez, Beni Falcon, Jaylin Castellanos, Fernando Moreno, isa castro Y Alba Zepeda. On the other hand, the new members of the reality show will be: Nati Pelaez Y Jose Rodriguez, from Colombia, and Mexico make their debut: Carlos Pantoja Y santiago santana.

In addition to this group of young people who promises party and lack of control in Cartagena, it is known that there will be multiple special guests as it happens in each season of Acapulco Shore. On this occasion, the trailer announced that the chapter will begin with a yacht trip, pedal boat rides and kisses between some of the girls.

Acapulco Shore 9: no script, with new members and “a lot of degenerate”

“Up the excess”: Karime Pindter and the “Acapulco Shore”, alone with Infobae Mexico

Acapulco Shore 9: who will be part of the new season