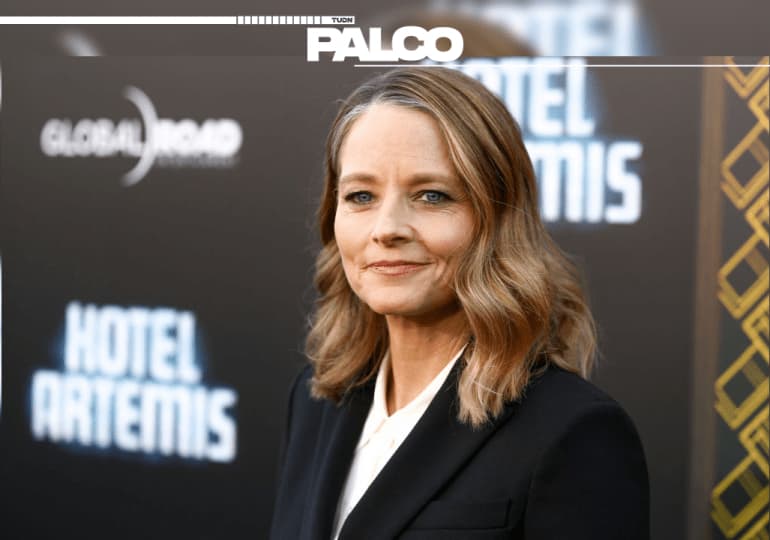 American actress Jodie Foster is filming the movie “Nyad” in Santo Domingo, which is a biographical film about the long-distance swimmer Diana Nyad, which will come to Netflix from directors Elizabeth Chai Vasarhelyi and Jimmy Chin.

Foster joins a long list of actors who have filmed in the Dominican Republic, as part of the facilities granted by the General Directorate of Cinema (Dgcine).

Sandra Bullock, Jennifer Lopez, Brad Pitt, Channing Tatum and Daniel Radcliffe are some of the actors who have made movies in the Caribbean country.

The life of Diana Nyad propelled a story to Netflix, a long-distance swimmer who, at 64, became the first person to reach the “Everest of swimming”: completing a 53-hour, 177-kilometre swim without a cage of sharks , from Cuba to Florida; in between, the open sea, with its imminent dangers.

The film marks the feature directorial debut of the Oscar-, BAFTA- and Emmy-winning duo of Elizabeth Chai Vasarhelyi and Jimmy Chin .

In addition to Foster, Oscar nominee Annette Bening stars in the film.

Annette Bening will play Diana Nyad, and Jodie Foster will play the role of Bonnie Stoll, the swimmer’s longtime friend and coach.

At the age of fourteen, he dazzled everyone with his performance in Taxi Driver (1976), the classic Martin Scorsese film that brought a young Robert De Niro to world fame as Travis Bickle, a Vietnam War veteran who works as a taxi driver. and walks the seedy streets of New York on the graveyard shift.

Other notable films from Jodie Foster’s filmography are “Shadows and Fogs” (1991), by Woody Allen; the romantic comedy Sommersby (1992), in which she starred opposite Richard Gere; Nell (1994), led her to be nominated for an Oscar again; Contact (1997), in which she played an astronomer who picks up signals from outer space; and Ana and the King (1999), the third film version of the story of the governess Anna Leonowens and the King of Siam.