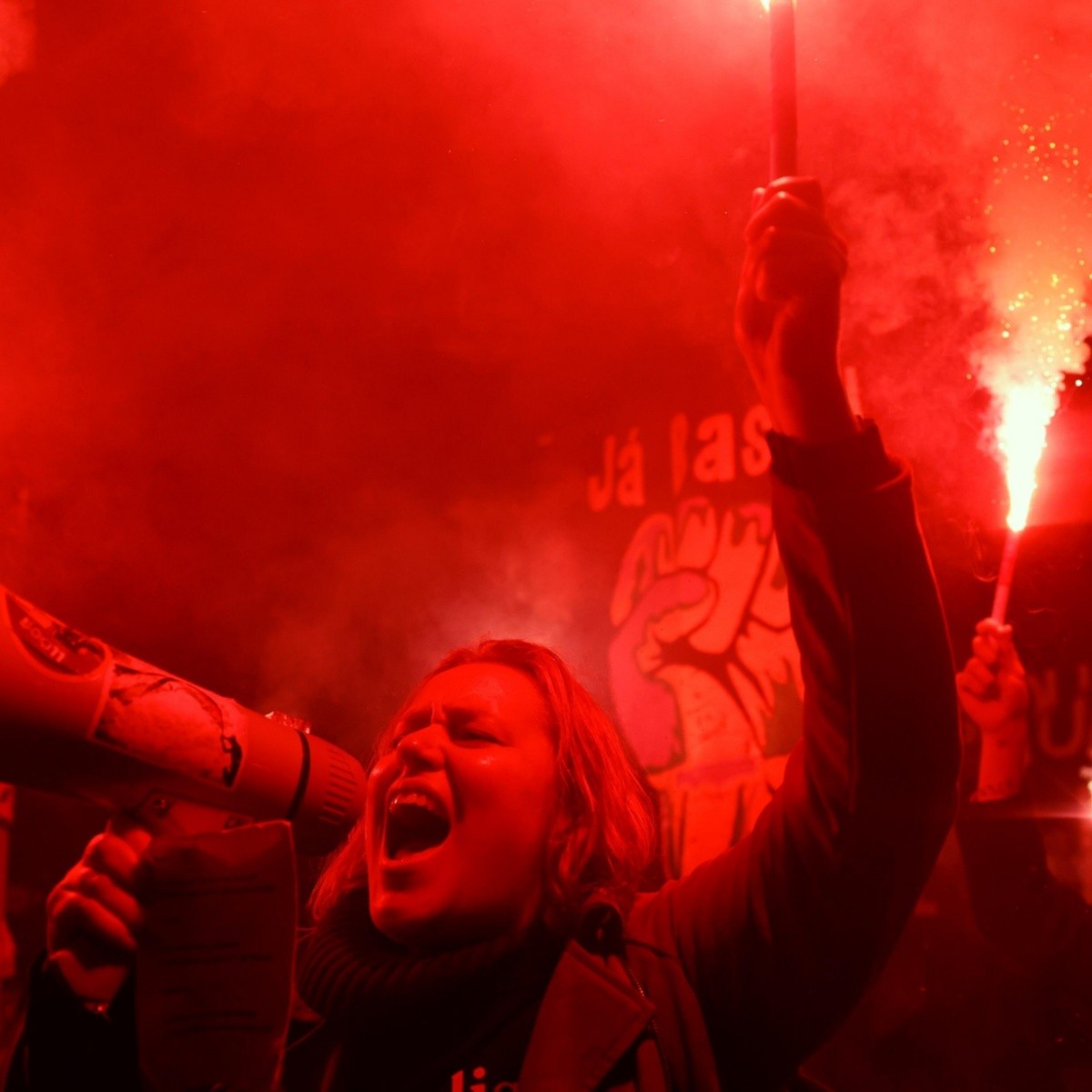 Sao Paulo.- Academics, unions, businessmen and others members of Brazilian civil society demonstrated this Thursday in Sao Paulo “in defense of democracy”, in response to President Jair Bolsonaro’s attacks against institutions, less than two months before the elections.

In his race for re-election, the president of Brazil he has once again criticized the judges of the Supreme Court and questioned the reliability of the electronic voting system in force in Brazil, fueling fears that he might not admit defeat.

“After 200 years of Independence in Brazilwe should be thinking about our future, about how to solve serious problems (…), but we are dedicated to preventing setbacks,” said the rector of the University of Sao Paulo (USP) Carlos Gilberto Carlotti Junior, opening a ceremony at the institution that brought together some 800 lawyers, professors, businessmen, union leaders and NGOs.

Outside the university, several thousand people waved flags and they raised banners against Bolsonaro or with slogans like “Respect the vote, respect the people.”

“Our president has already given indications that he will do everything possible to prevent elections from taking place“Architect Sabrina Cunha, 62, told AFP.

Other cities in the country, such as Rio de Janeiro and Brasilia, where there were acts at the Pontifical Catholic University (PUC-Rio) and at the University of Brasilia (UnB), also registered street protests.

“They were four years of a lot of suffering (…) the time is now, to organize ourselves so as not to let (Bolsonaro) win and elect a leftist, democratic and popular government,” said Mayrla Silva, a student at the University of Brasilia, 24 years old, who joined the protest in the capital.

The manifesto was also read at the prestigious British university King’s College London.
Bolsonaro disqualified the demonstrations on Thursday night and pointed to the left as responsible for the movement.

“Someone disagrees that this is the best letter to democracy. Do you think that any other piece of paper replaces this here?” Bolsonaro said, holding a Brazilian Constitution in his hands, during a broadcast on social networks.

With the exception of the president, several presidential candidates signed the letter. Among them, former left-wing president Luiz Inácio Lula da Silva (2003-2010), who tweeted: “Our country was sovereign and respected. We need to get it back.”

More than 900,000 civil society representatives signed in recent weeks a manifesto “in defense of democracy” launched by USP, which was also supported by artists such as the singer Anitta.

Similar letters were published by major business associations, including the Brazilian Federation of Banks (Febraban) and the Federation of Industries of Sao Paulo (Fiesp), something seen by many observers as a setback for Bolsonaro, since most of the business community supported him in the 2018 election.

Brazil is experiencing an “unprecedented moment, in which capital and labor come together in defense of democracy,” said former Justice Minister José Carlos Dias when reading the manifesto issued last week by Fiesp.

The participants in the event at USP drew parallels with an event held in 1977, in the midst of the dictatorship, when a manifesto in defense of democracy was read at the same university.

Bolsonaro frequently repeats, without providing evidence, that the Brazilian electoral system is not reliable. Last month he reproduced these ideas before an audience of foreign ambassadors in Brasilia.

For Adriano Laureno, manager of analysis at the Prospectiva consultancy, “the letter is of little importance from the electoral point of view”, without a great “impact” on the voters.
But, after being born as an initiative of an economic and academic elite, it came to encompass unions, social movements and student associations.

That, Laureno added, could be interpreted as “a seed of a broad front against Bolsonaro”, although “those who were there today defended a specific candidacy”.

In the latest Datafolha poll, Bolsonaro appears 18 points behind Lula da Silva, the favorite with 47% of voting intentions.