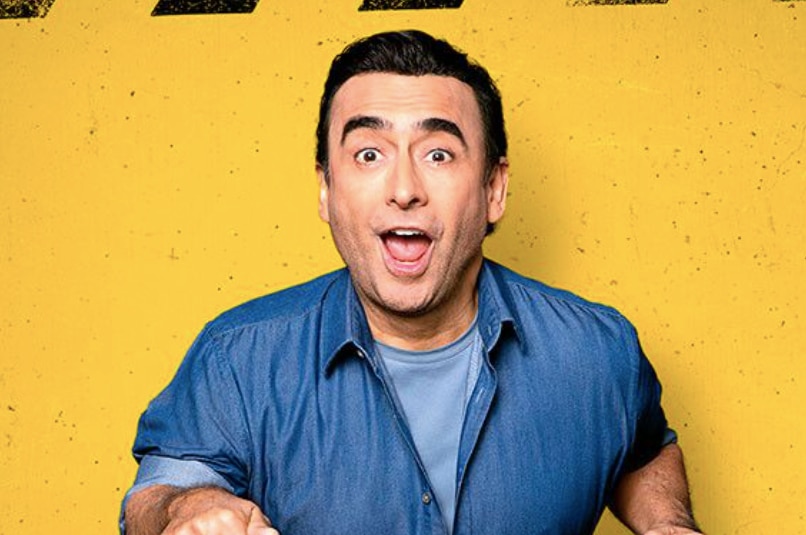 Adal Ramones announced that almost upon arrival in Madrid, where he traveled to begin preparations for an upcoming film, tested positive for COVID-19, for this reason he must remain isolated in a hotel until he can recover from the disease that continues to wreak havoc on the world.

Comedian and former show host Another roll traveled to the European city on January 30 to meet with the producer Morena films, with whom he will record a new film that he said he was anxious to start the preparations.

Adal said that he arrived in the European country very happy to start preparing the filming of which he did not give more details, however his plans were interrupted at the last minute when the disease was detected.

“Well, what can I tell you, that I came very happy from Mexico City to here in Madrid for the film, that we are going to record it in March, April and part of May. The point is that he came happy, I was happy and suddenly I have COVID here in Madrid, and well, I haven’t gone out, I just went to the first meeting,” he revealed in a post titled ‘In Madrid for a film to be filmed in March and April and COVID present’ of your account.

At the moment, the driver from Monterrey explained that the recording of the film has not been affected because filming will begin until March, but he decided to fly weeks before to start rehearsals, costume tests, makeup and more details with the production.

“I have not gone out, I just went to the first meeting with Morena Films, and with the director Paco Caballero and with part of the staff, I really admire them a lot, they are super warm, they have treated me amazingly, “he added.

Adal said that unfortunately has not been able to enjoy life in Madrid because you are isolated in a room at the hotel where you are staying:

“And then nothing, that COVID gave me, Omicron gave me, and here, locked up in Madrid, unable to go to a tapas bar, unable to have face-to-face rehearsals, more than I had some makeup and hair, but costumes are missing, rehearsals with the actors, “he explained.

Also producer of And now what do I do? He did not give more details about his health condition or how he contracted the coronavirus, but he announced that He is in good health and without symptoms.

“So here we are going to be a few more days locked up in this hotel room. Gentlemen, one proposes and God disposes, to take care of us, this cannon, one is easily infected, I feel very well, I do not have any symptoms but I tested positive to the tests”, concluded the actor.

After the announcement, the Ramones released a video in which he is seen happily dancing with a message to encourage people to get vaccinated.

“What counts is the attitude… Alone and with COVID in Madrid. Few or almost no symptoms, but I’m like this because I went on time to get vaccinated and take the booster! If you can, do it.”

Some days ago Adal regretted the death of Diego Verdaguer, with whom he managed to forge a friendly relationship: “I met him when I coincided on the reality show Singing for a Dream, when we went out one night we went to dinner and he asked who I admired from the world of comedy and stand-up and without saying water goes, I played for him the jokes of the great Juan Verdaguer that I had learned by heart from an acetate disc I discovered as a child. His surprise was so great that tears came to his eyes… without my knowing it, I brought to mind his uncle and teacher in the business show”, he recalled.

Paola, the daughter of Adal Ramones, directed her first short film: “I wanted to show my dad and me that I can”

Adal Ramones recalled the emotional interview with Luis Miguel: “It was incredible to see it”