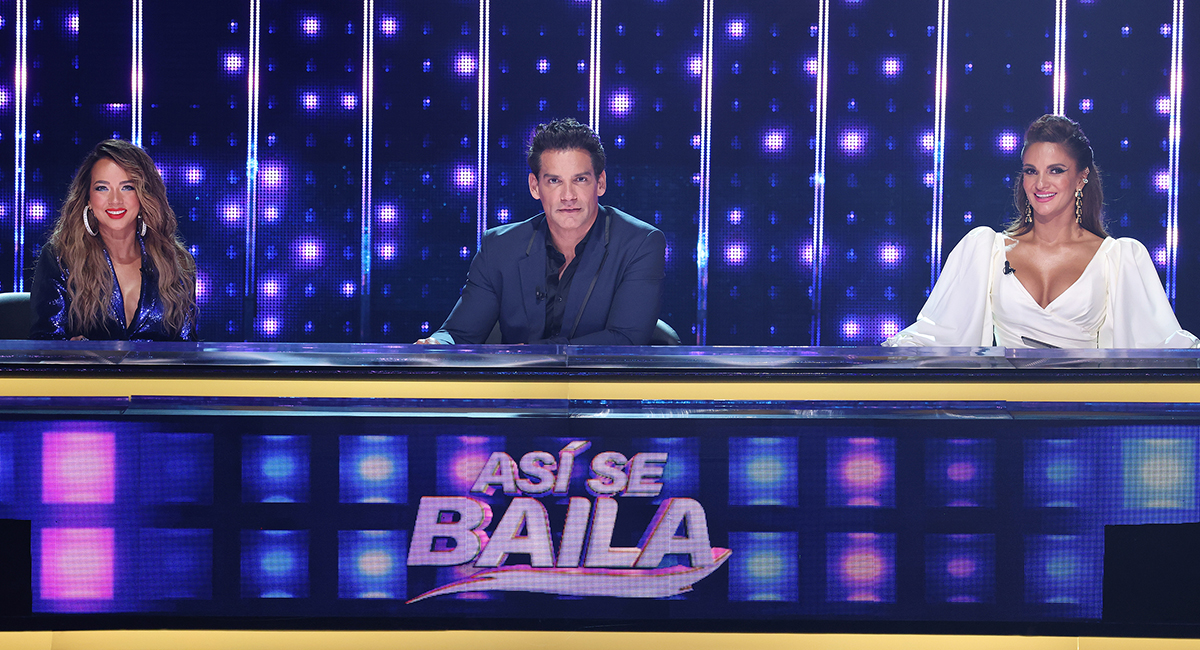 A controversial night for the judges of ‘This is how you dance’ in the nominations. At the end of the second Sunday reality show on Telemundo, we interview Adamari López, Cristián de la Fuente and Mariana Seoane, who defend their vote.

“Unfortunately this week there were duels, the competition is already beginning, the reality show begins in some way, there were two nominees, we have to see who the public is going to save“Began Adamari, who looked very sexy in her blue suit.

“There are some that go a little further back, and it is the dynamics of the program, every week someone is going to have to leave“Added Cristián.

While for Mariana it seems to be a bit more difficult to choose and nominate. “The important thing about these shows is that every night they surprise us, each time there will be a couple that performs better“, He assured.

What some of the famous participants questioned him, including David Chocarro, who told us exclusively, that he would have preferred Eyfer Torres and Polo Manárrez to win, and he and his wife, Carolina Laursen, having done the challenge, is under what criteria was the decision.

Is that, if you paid attention to the show, the three jurors only said good and empowering things to the couplesTherefore, there was no way to suspect who would be sentenced and there was no criticism.

“Everyone has their way of performing on the dance floor, and everyone has their charm. Gregorio and Luna, who are father and daughter, have a special charm and I think they did it very well, but there were also people who did it better than they did … That doesn’t mean they did it badly. And there is also Kimberly and Yas, who leveled up from what they had done in relation to the last one... Kimberly is nervous, somehow distressed because she thinks that some fans or some people are not motivating her enough to be in the dance competition. But that does not mean that she is not doing well, and that her level has improved from last week to this. Now we have to see how the public is going to vote, and how they are going to offer their support ”, explained Adamari.

“It is part of the process of the program, I think we chose the couples who were not the ones who did the best, because I clarify: they all had a beautiful evolution from one weekend to another, but you have to understand that they are the rules of the game“Added Mariana Seoane.

Next Sunday, September 25, will be the third gala of ‘Así Se Baila‘ and the first elimination that will be between Gregorio and Luna Pernía, and Kimberly Jiménez and Yasmany Rodríguez.

In addition, this first elimination coincides with the premiere of the new season of ‘Nuestra Belleza Latina‘, which returns three years after Migbelis Castellanos was crowned.

WATCH THE FULL INTERVIEW WITH THE JUDGES HERE:

• ‘Así Se Baila’: They are the first nominees in danger of elimination

• ‘Así Se Baila’: The famous couples confess what they liked and what they did not like about the first gala

• David Chocarro and Carolina Laursen on their duel: “On a good dance level, on an emotional level we feel terrible”