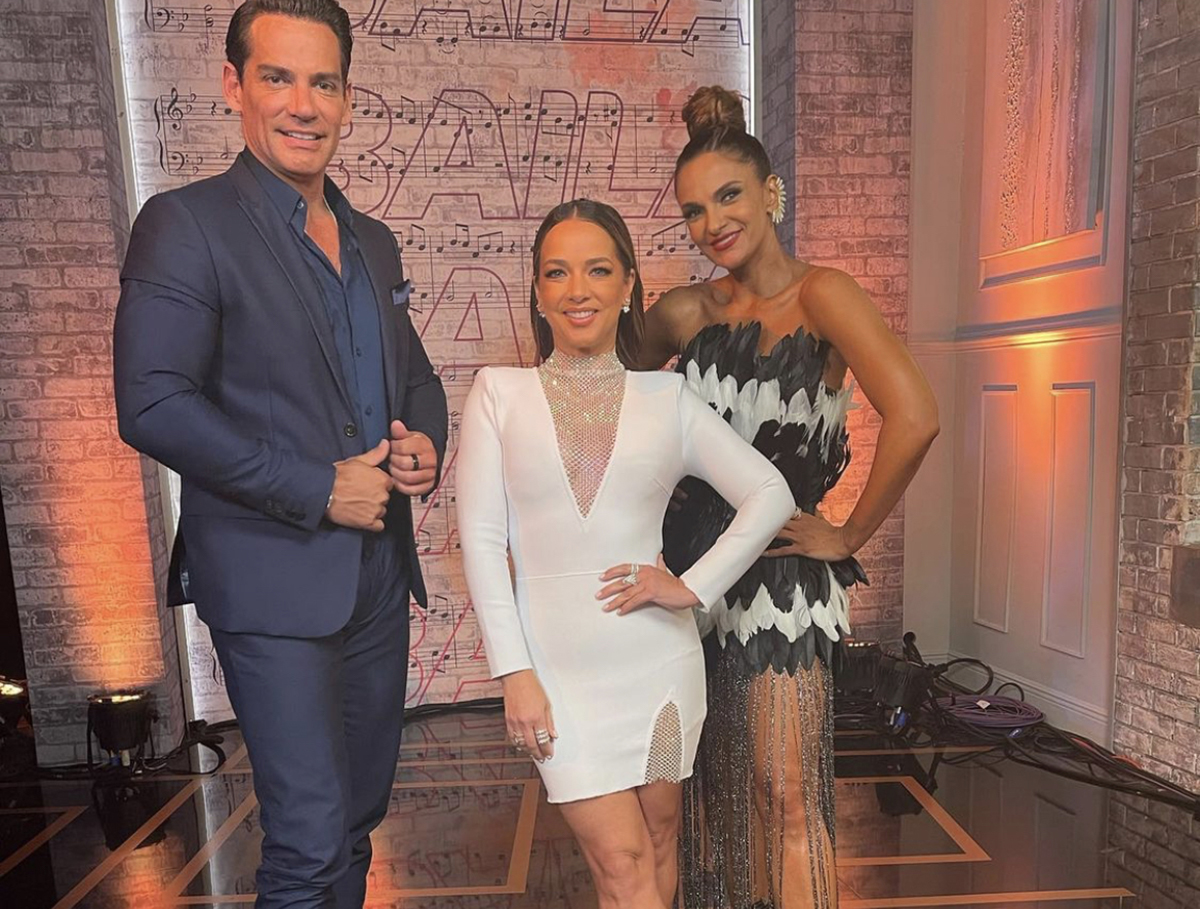 As the weeks go by Adamari López, Mariana Seoane and Cristián de la Fuente, as judges of ‘Así se Baila’, they have it more difficult, and at the exit of the fourth gala we spoke exclusively with them, who confess whether or not they already have their favorites.

“Obviously we have couples who, like the public, have a similar levelThey are strong because they have a lot of ease. Nevertheless, We don’t know at all who will reach the finalOnly the public is the one who will know ”, Mariana tells us to which Adamari adds.

“I think there is not such a small way to define that, because We see that week after week there are some who are surpassing themselves, and who also end up in a different position than previous weeks. So what we want them to keep challenging each other, because the competition is theirs and we want to see how they surprise us and how they progress ”.

This Sunday they have just chosen two couples, Laura Flores and Gabriel Porras; Kim Loaiza and JD Pantoja, who were automatically in danger of elimination. This position is not easy, and it can arouse controversy among the contestants, who in addition, many of them are their own colleagues and friends.

“It gets more and more difficult, we are very fond of each of the participants, many of them are colleaguesWe know them, but when deciding all that is left aside, and we decide who did it better, things and personal feelings are totally left out ”, Cristián explains.

Something that Adamari supports and explains the following from his point of view: “Obviously depending on the performance they have on the dance floor, we really take that into account, how they are progressing week by week, how they are progressing in technique, how they overcome also after what they have done in the previous week … That is what we take into account when it comes to being, regardless of the relationship we may have with them ”.

Mariana knows how the game is, and understands that they will not always win the love of their colleagues for their decisions:

As we told you, Laura and Gabriel on the one hand, and Kim and JD on the other, are the two couples sentenced this Sunday, the question is Why did the judges nominate them?

“Based on the evolution that they have had in the program, and especially in this last show … The program will progress, and depending on how it progresses, obviously, there is much more level of everything, and we have to be much more objective and strict and say things as they are ”, explains Mariana.

Meanwhile, Cristián de la Fuente, finds another meaning: “Also a series of factors that influence duels, there is also luck, the destiny of whoever touches you in the duel… If you have a very tough opponent, you can do it very well, but the opponent is very tough, you will lose him. If you had done that same dance with another opponent it would have been different. And then, In the challenge of the week, the folk dance of each country also influences because if you played a dance that you can show off more it will also help you in the decision ”.

WATCH THE FULL INTERVIEW WITH THE JUDGES IN VIDEO: