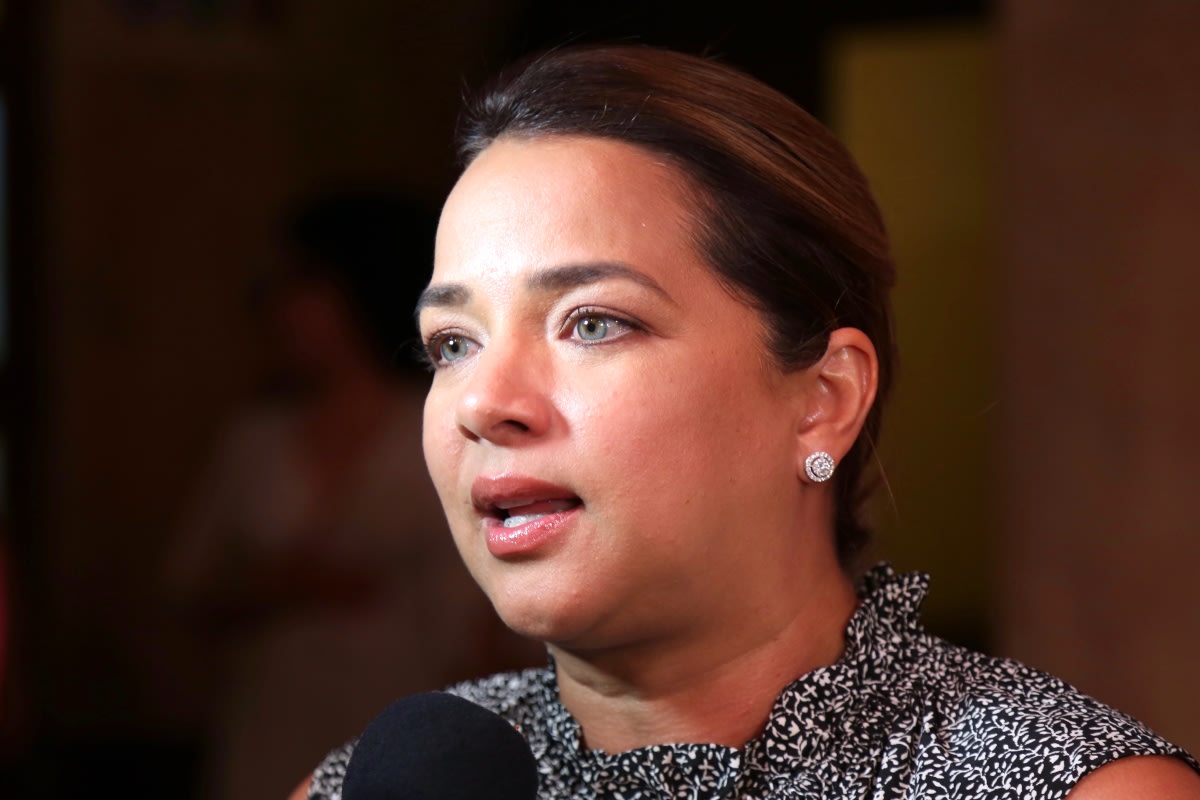 What will be happening? More than 4 months after the separation between Adamari López and Toni Costa became official after more than ten years of happy? marriage, the host of Hoy Día surprises by appearing next to “the greatest joy of her life.”

For a few weeks, the Puerto Rican actress and host has left their mouths open to locals and strangers by looking more spectacular than ever and this time she was no exception, although most expected to see her with her ex-partner.

Adamari López and “the greatest joy of his life”

With an outfit that highlights her shapely legs, the one born in Humacao, Puerto Rico, on May 18, 1971 was not left with the desire to boast that she is accompanied by “the greatest joy of her life”, nothing more or nothing less than her little daughter Alaïa.

On the verge of reaching 230 thousand likes, this publication provoked reactions of all kinds, but without a doubt the ones that attracted the most attention was that of a user who did not want to say: “Toni is missed in those beautiful photos ”.

Chiquis tells Adamari López that “he loved his photos”

Among the celebrities who did not miss the opportunity to comment on the photos of Adamari López with “the greatest joy of his life”, and who is not his former partner Toni Costa, are the singer Chiquis Rivera: “It’s your mini me . Beautiful !!! I loved all the photos.

The Mexican actor Ernesto Laguardia, who coincided with Ada in the soap opera Amigas y rivales, commented that they are very funny photos that he uploaded to his official Instagram account, while the singer and actress Mariana Seoane did not hesitate to ‘pimp’ his legs.

Also read:  Adamari López with tremendous dance on Telemundo with everything and shorts, but the public prefers Mariana Seoane

“Why does a woman wait for divorce to evolve?”

During these months of separation, several people have reproached the Puerto Rican actress and host, who was seen wearing various outfits in this publication, why she had to divorce to change so radically.

“Like why does a woman wait for divorce to evolve if she is so father to evolve as a couple and see herself being better people”, which caused other people to say: “Too bad your comment! She is a completely happy woman! Have your daughter by your side! What more could you ask for? ”,“ Personally I feel sorry for it because it makes people believe that it is happy ”.

They tell Adamari López to keep hitting the gym hard

The compliments could not be missed on this occasion: “Ufff, beautiful. Mommy, keep hitting the gym hard and don’t stop ”,“ Precious ”,“ They look like little sisters. How beautiful ”,“ Fabulous ”,“ Beautiful, God continue to bless you ”,“ Kisses from Paraguay ”.

Finally, a person did not tempt his heart to express himself in the following way with a comment addressed to little Alaïa: “Poor thing, she couldn’t have everything in this life, she was left without her father, well, she has it half”. Is it so?

Adamari López asks to be accompanied to dance

The Puerto Rican actress and host did not allow much time to pass to upload another publication that had both comments for and against, since, through a video, she asked who could accompany her with a dance.

“That is the attitude towards life and be happy”, “You are already past skinny”, “You are looking for a boyfriend. You can see that from here ”,“ So beautiful, you look very radiant ”,“ Happiness is not in the dance, since they only try to fill a void with uproar and rumba ”(TO WATCH THE VIDEO CLICK HERE).

The fans of the host of the Hoy Día program were pleasantly surprised after she shared an image of the time she was receiving treatment for the cancer that was diagnosed in her Instagram stories.

It should be remembered that it was at 33 years of age that the Puerto Rican received one of the hardest blows of her life, from which she was able to come out ahead. In this image, he is seen completely shaved but retaining his peculiar smile at all times.

Before showing the Puerto Rican ‘al natural’, we share one of her most recent publications, where she lets herself be seen as she has rarely done, with a bathrobe and tubes in her hair, to such an extent that some people compared her to Doña Florinda, emblematic character of the program El Chavo del 8.

But what no one counted on was that it was a trick to, second later, show how it would come out in one more broadcast of the program Así se baila, where the cute little girl acts as judge (TO SEE THE VIDEO CLICK HERE).

It seems that her divorce from the Spanish dancer and choreographer Toni Costa, which became official in the last days of May, suited Adamari López wonderfully, because at the least possible opportunity, she shares photographs where she simply looks spectacular.

“You look like a doll, my beautiful Ada”, “Shocking beauty”, “I think you are in one of your best stages, enjoy it and be happy, your energy feels beautiful”, “Beautiful !!! You are a doll, that perfect face, your clothes and makeup look great on you ”. But not everything was flattery …

Also read:  Fans of Adamari López point out excessive use of photoshop in recent publication

“She looks like an old lady with makeup,” they tell Adamari López

Despite looking spectacular with a low-cut red dress that almost revealed her attributes, many people were not very convinced of the way in which the Puerto Rican actress and host was made up and they let her know:

“Definitely, she looks like an old woman with makeup, terrible makeup artists, she looks natural better”, “Is it me or does it have a lot of filter?”, “They exaggerated with the pupil or eyelashes, it looks very strange”, “What did you do in the face? You look like another person “,” She is very changed in her face, she does not look like her. “

But if there is something that the majority agree on, it is that Adamari López looks beautiful however she is, although many prefer to see her natural as in this publication, which to date has more than 80 thousand likes and hundreds of compliments from her fans.

“You do not need makeup, what beauty”, “Natural is more jovial”, “Natural looks younger”, “Beautiful without make up”, “It is too pretty, without makeup, very pretty”, “It looks better natural” , “When you’re pretty without makeup” (TO WATCH THE VIDEO CLICK HERE). Filed Under: Have You Forgot Toni Costa? Adamari López appears next to “the greatest joy of her life”