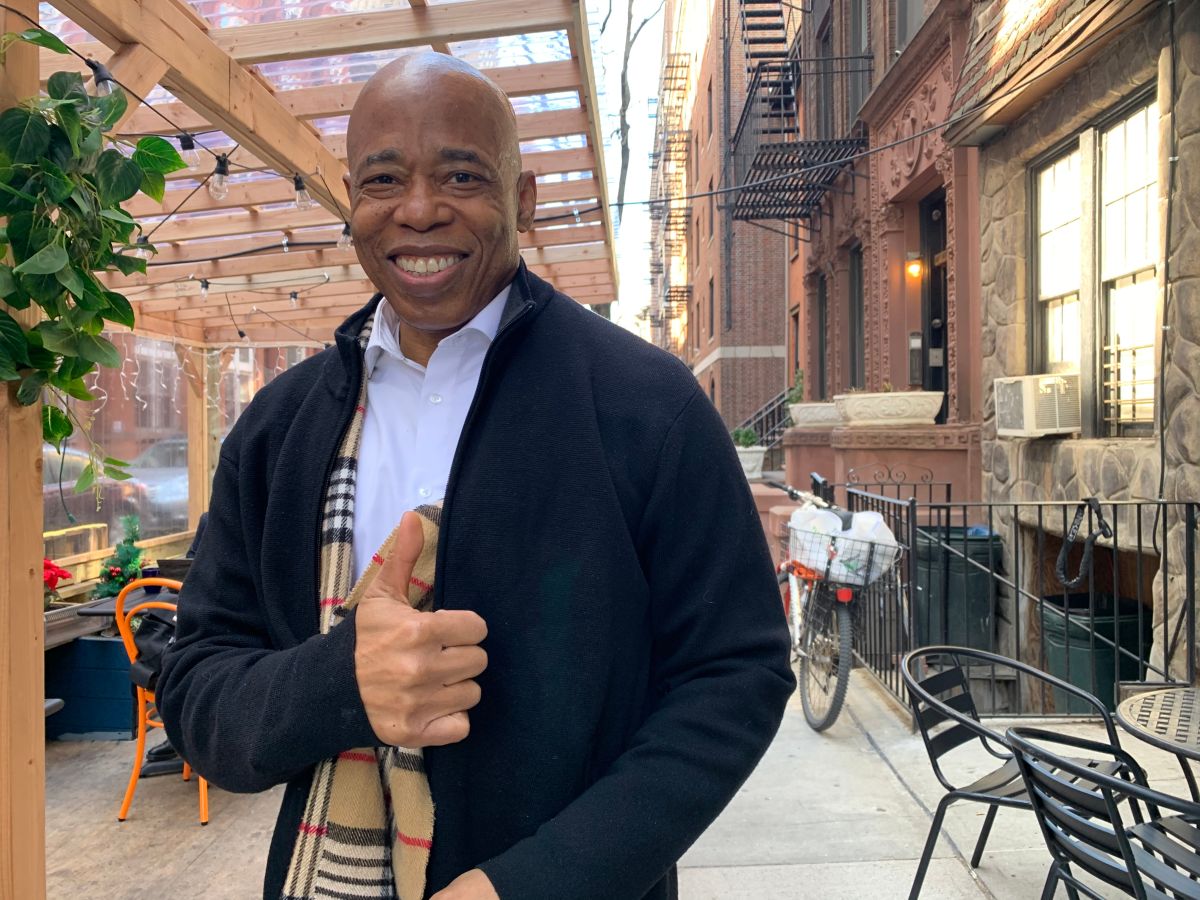 The next New York City Government is beginning to take shape just three weeks before Eric Adams takes office, and an important step was taken this Thursday with the appointment of David Banks as the new Chancellor of Education, one of the most important positions in the municipal administration is already in charge of directing the largest school system in the country.

In an extensive press conference, Adams introduced his next leader of the Big Apple public schools, emphasizing that his main challenge will be to transform the education system and the way the school works. City Department of Education (DOE).

“We have a once-in-a-generation opportunity to reinvent our education system, and David Banks is the right person to take on the challenge. Our schools continue to face deep and enduring inequities that have only been exacerbated during the COVID-19 pandemic. I felt these inequalities firsthand forty years ago, as a kid growing up in South Jamaica, Queens, and being taken by bus to Bayside High School every day, ”Adams said in making the announcement.

The press conference was held outside PS 161 in Crown Heighs in Brooklyn, where Banks attended elementary school, and there the next leader of the DOE He said that as Chancellor, “I look forward to working with him and his Administration to provide a high-quality, equitable education that puts students on the path to success in life and career. I am confident that, together with our families, educators and school leaders, we will transform our schools. “

Banks, who is currently the President and CEO of ‘The Eagle Academy Foundation’, will take over from current Chancellor Meisha Ross Porter.

On her Twitter account, Porter reacted to the appointment by writing: “I saw David’s deep commitment to education first hand when we launched the Bronx School of Law, Government and Justice together and I am very proud that my colleague succeeds in my mandate as Chancellor. I know it will serve the amazing students and school communities of our city well. ”

Banks, 59, is best known for founding several public schools in the city, including a network that educates primarily African-American and minority children.

New York City’s school system is the largest in the nation, with more than $ 1.1 million students, 41% of whom are Latino, and with more than 1,700 schools in all five boroughs and a huge $ 38 billion budget, one of the largest of any city agency.

“As Chancellor, David will work tirelessly to implement my vision of a school system where every child has the opportunity to succeed, regardless of zip code; where educators take a holistic approach to the child, rather than reducing students to a test score; where students with learning disabilities get the supports and resources that have been denied them for too long; and where we finally recognize that education must be from pregnancy to profession, not from cradle to career, “added the Mayor-elect.

Raise $ 1 million for the transition

The Mayor-elect reported Thursday that they have already raised more than $ 1 million for the transition process and “to help prepare his Administration to meet New Yorkers as part of an unprecedented effort.”

“I am overwhelmed by the great amount of support for our transition and the enthusiasm for the new administration,” Adams said, adding that these funds “allow us to help coordinate the work of hundreds of transition team members from diverse backgrounds and experiences to prepare to begin January 1 and make New York a safer, healthier and more prosperous place for all. “

In addition to paying for the transition process, the Transition Inauguration Entity (TIE) is also in charge of financing the inauguration of the new Mayor, which will take place at a public event on January 1 at the Mayor’s headquarters in Lower Manhattan.

“None of these responsibilities are funded by New York City and therefore must be raised from private donors,” TIE clarified.