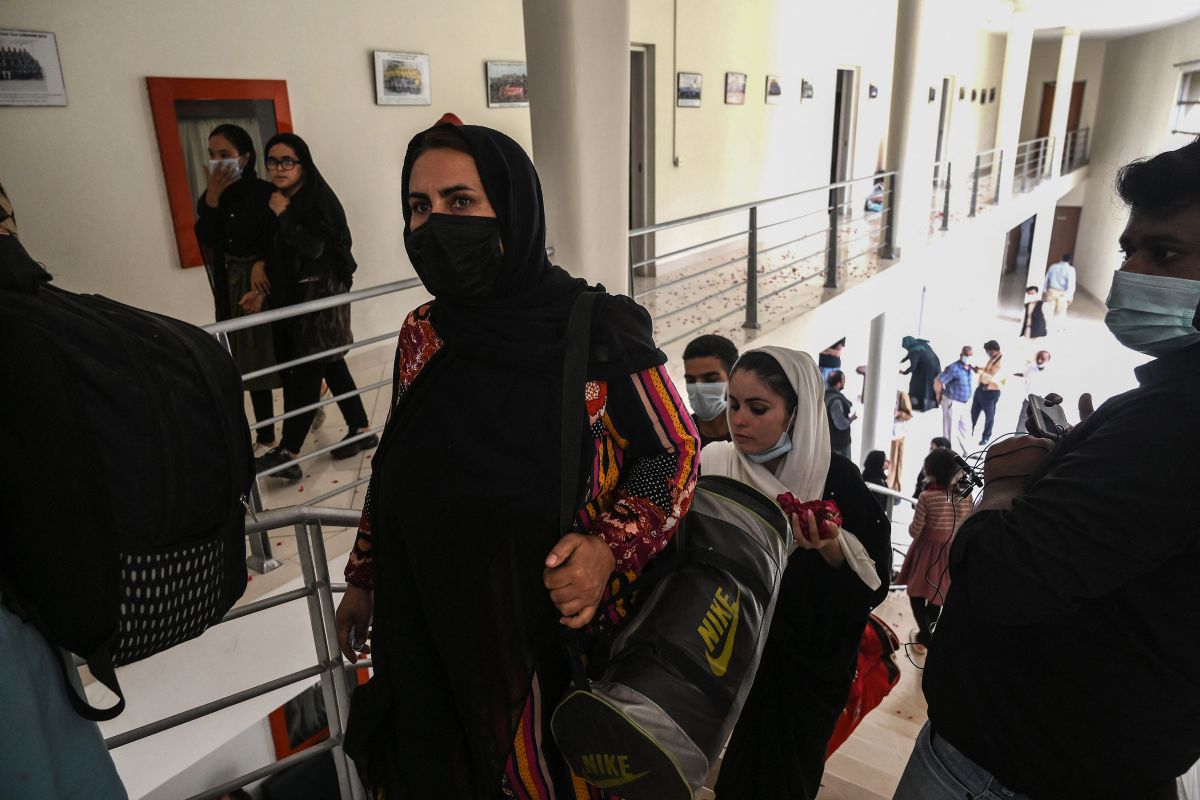 The team of Afghan women’s youth soccer escaped from Afghanistan across the land border with Pakistan, fleeing from the Taliban and their restrictions on the practice of sports among women after their seizure of power on August 15.

“I don’t know if they have left Afghanistan out of fear or threats, but they have plans to go to Europe“A diplomatic source from the Pakistani embassy in Kabul told Efe on Wednesday, who preferred to remain anonymous.

The 22 players and 57 family members They arrived this afternoon in the eastern city of Lahore, after crossing the border through the Torkham pass yesterday afternoon, the spokesman for the Pakistan Football Federation, Sharafat Bukhari, told EFE. The source indicated that there are no scheduled matches or sporting events and stated that an NGO is taking care of the players and their families.

Pakistani Information Minister Fawad Chaudhry welcomed them on Twitter and assured that everything was in order. “We welcome the women’s soccer team. The players have a valid Afghan passport and Pakistani visas, ”said the minister.

The coming to power of the taliban On August 15, many Afghans have set off alarms as they were relegated to the home in their previous period in power for their conservative interpretation of Islam. For their part, the fundamentalists maintain that they are not the same as two decades ago, but in their first decisions they have not shown it.

Thus, last week they announced an interim government composed solely of fundamentalists and without women. That fact was followed by the announcement that they will allow women to study in college, but separated from men in classes.

In addition, girls over the age of twelve have been banned from attending school in many parts of the country, and numerous women’s protection departments in the country have been dismantled, while their staff were threatened. A situation that has been denounced as broken promises by the High Commissioner for Human Rights, Michelle Bachelet.

In his report to the UN Human Rights Council on the situation in Afghanistan after the handover of power, Bachelet assured that in less than a month of Taliban control “women have been progressively excluded from public space.”