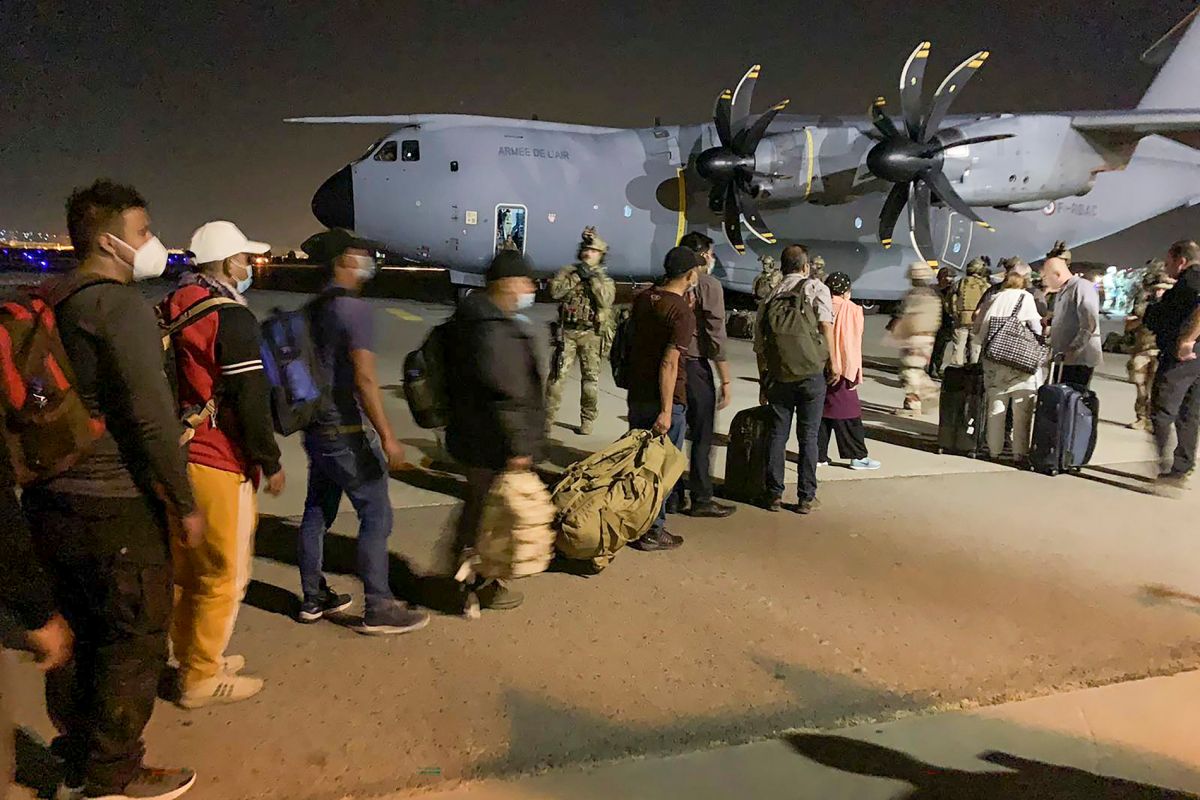 The intention is that the aircraft will not fly to Kabul, but rather transport those who have already left the now-Taliban-controlled country to military bases in Europe and the Middle East.

In doing so, military aircraft will target people still in Afghanistan, in an effort that the secretary of state, Antony Blinken, has recognized as “complicated”, due to the organization of logistics.

The White House reported that more than 7,800 people have been evacuated in the last 24 hours, including diplomatic personnel, their families, as well as allies who are eligible for special US visas.

This morning, the president Joe biden met with his national security team for an operational update on Afghanistan, the White House reported. Among the attendees were Secretaries Blinken and Austin, as well as Jake Sullivan, National Security Advisor, and other high-ranking military officials.

The Defense Department activated the Civil Reserve Air Fleet, a program created nearly 70 years ago in the wake of the Berlin airlift to provide support to commercial air carriers for a “major national defense emergency,” it said. It is the third time that the so-called CRAF has been activated.

This will allow activation for 18 aircraft: three from American Airlines, Atlas Air, Delta Air Lines and Omni Air; two from Hawaiian Airlines; and four from United Airlines, some of which have already started operations.

“The activation of CRAF provides the Department of Defense access to commercial air mobility resources to increase our support to the Department of State in the evacuation of US citizens and personnel, applicants for special immigrant visas and others at risk of Afghanistan, “said the Pentagon press secretary, John Kirby.

According to Secretary Blinken, About 30,000 people have been evacuated from Afghanistan since late July, when news of the Taliban advance broke.

“We have reached agreements with some two dozen countries on four continents that are now helping or will soon help with the transit of people leaving Kabul,” he said in an interview on Fox News. “This is a way of ensuring that we have enough flight capacity to move people from those locations to their final destinations.”

Blinken repeated the same responses on other television stations, such as CBS, where he again affirmed that there is no imminent threat against the US with the control of the Taliban, since the terrorists have cells in many parts of the world before this happened.

“The threat of terrorism metastasized outside Afghanistan a long time ago”, he claimed. “It is more acute in many other places in the world. And in Afghanistan itself, we were able to greatly diminish Al Qaeda and whatever threat it poses. “

He stated that since September 11, 2001, with the attack on the twin towers, the US capacity has increased its ability “to deal with terrorism effectively”, very different from what it could do 20 years ago.