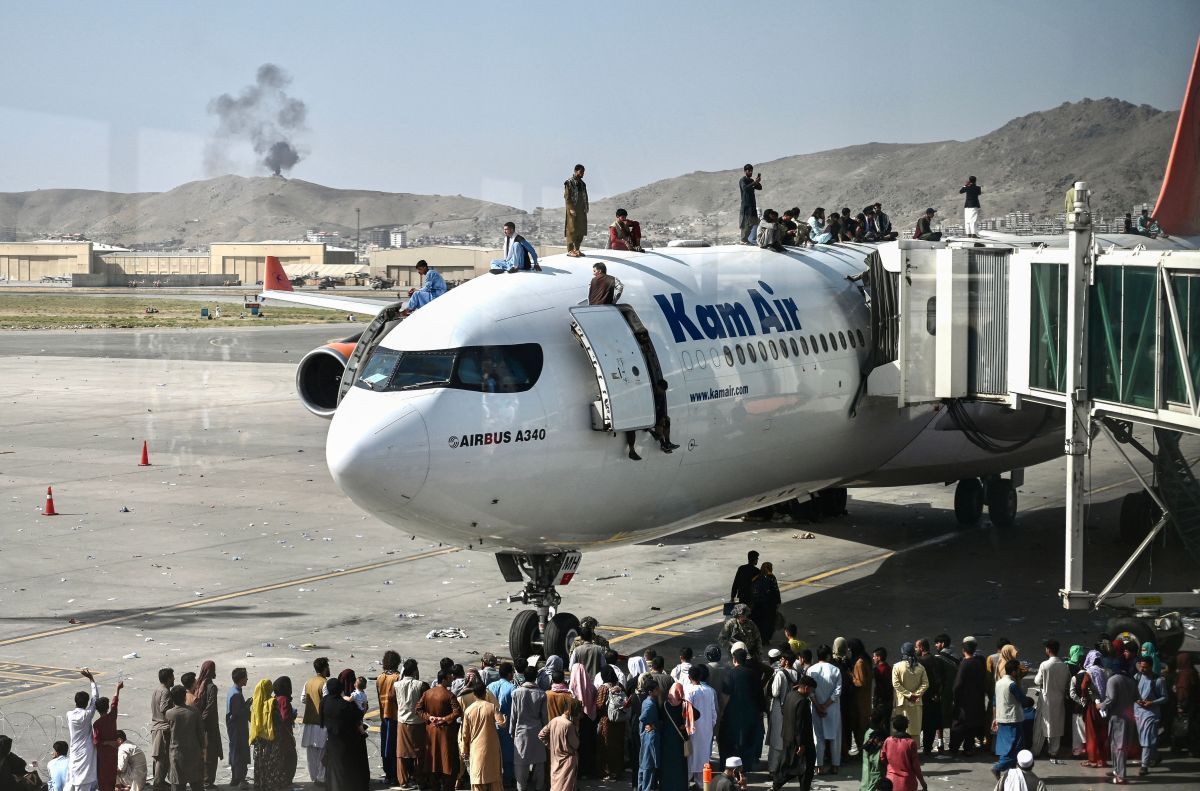 Afghan authorities confirmed Thursday that a young soccer player died after trying to flee in a US military plane leaving Kabul airport.

Zaki Anwari, 19, had been part of the Afghanistan youth team.

No further details of the young man’s death have been released.

Since the Taliban regained control in Afghanistan, thousands of people have gathered at the Kabul airport to try to leave the country on one of the flights from Western countries that evacuate their Afghan nationals and collaborators.

Images circulated Monday showing hundreds of people running alongside a US military plane as it rolled down the runway at Kabul airport. Some were trying to climb onto the fuselage of the plane.

Local media reported that at least two people died after falling from the device when it had already taken off. The United States Air Force confirmed that human remains were found on the landing gear after the plane arrived in Qatar.

The Afghanistan Directorate General of Sports and Physical Education paid tribute to Anwari in a statement posted on Facebook: “May he rest in heaven and let us pray for his family, friends and colleagues in sport.”

Many users have also shown their respect for him on the networks.

“His departure is a very great shame,” wrote one user on Instagram. “I will always remember you fondly,” he added.

Around 4,500 US military personnel have taken control of Karzai International Airport in Kabul, the capital of Afghanistan.

The Taliban are blocking access to the airport for all who do not have travel documents, but reports abound that even those with proper documentation are being prevented from entering.

“The idea that there was a way to get out without chaos ensuing … I don’t know how that can happen,” he said in an interview with ABC on Wednesday.

Biden said that US troops could remain in Afghanistan beyond August 31, the date that had been agreed as the limit with the Taliban, to conclude the evacuation mission.