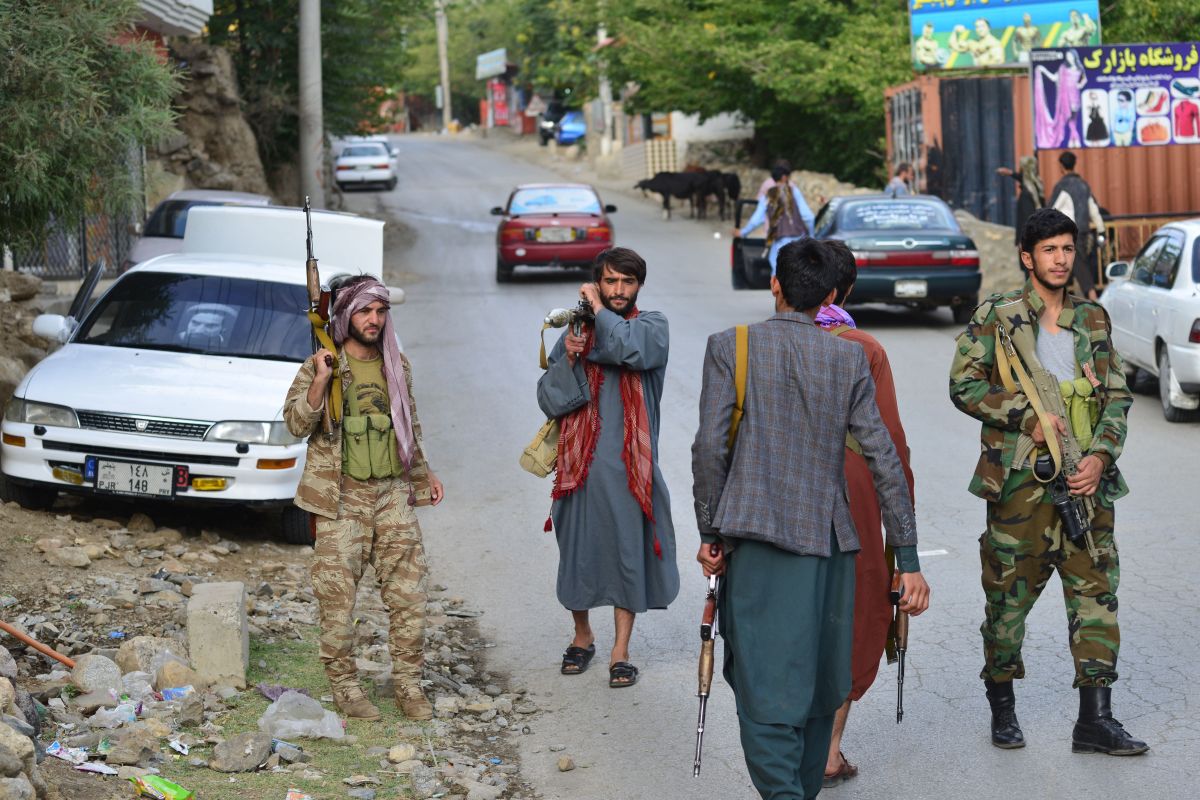 Afghanistan’s economy is “shaped by fragility and dependence on international aid.”

This is the troubled economic picture that the World Bank described many months before the Taliban again took control of the country, something that took place this weekend.

And with the current situation, the economic outlook is much more precarious, with a cloud of uncertainty hanging over the financial assistance that reaches this country.

On the one hand, Afghanistan has mineral resources, but the political crisis has prevented its exploitation.

The economic dependency is striking. In 2019, the World Bank showed that development aid represented 22% of general national income (which is not the same as GDP, but very similar).

This is a very high figure, but it is much lower than that of about 10 years ago, when it reached 49%.

Now those aids are under a cloak of doubt. German Foreign Minister Heike Maas told her country’s networks that “we are not going to give you another penny if the Taliban take control of the country and reintroduce Sharia law.”

Other countries that are providers of aid will be watching the situation very closely.

The evil of corruption

The fragility the World Bank refers to is illustrated by the high spending on defense and security before the Taliban took back control: Afghanistan spends 29% of GDP on these expenditures, a figure well above the 3% average they have. low-income countries.

In addition to security and serious corruption problems, behind there is another persistent critical aspect in Afghanistan: the little foreign investment that there is in the country.

In accordance with United NationsIn recent years, no announcements have been made about new investments, by foreign capital starting new businesses.

Since 2014 only four such investments have been counted.

Just to compare with two South Asian countries with similar populations, in Nepal the number of new businesses with foreign investment is 10 times higher than that achieved by Afghanistan, and Sri Lanka multiplied by 50 times that number in the same period.

The World Bank describes the Afghan private sector as “tight.” Employment is concentrated in limited agricultural production: 60% of household income in Afghanistan comes from this item.

To this is added that there is a huge informal and illegal economy in the country. For example, there is illegal mining and, of course, the well-known opium production and its associated smuggling.

Drug trafficking is also a source of financing for the Taliban.

All that said, the Afghan economy has grown since the invasion in 2001.

Although the economic figures for Afghanistan are not entirely reliable, what they show, according to the World Bank, is average annual growth. 9% from 2003 to 2013.

Now the country has abundant natural resources and, to the extent that it improves security and reduces corruption, it can be attractive to international business.

Large amounts of copper, cobalt, coal, and iron can be found available. There are also gas and oil fields.

One particular material stands out above others: lithium, which is in high demand for the production of batteries for cell phones and electric vehicles.

And it will be essential for the automotive industry in its transition to a “zero emission” model. of polluting gases.

Back in 2010, an American general told the New York Times that Afghanistan’s mining potential was impressive. Of course, as many caveats.

The newspaper also reported that the US Defense Department had said in a report that the country could become the “Saudi Arabia of lithium.”

But despite this, this potential is nowhere near being exploited. Not even the Afghans are close to receiving any benefit from it.

There have been many reports that reveal China’s willingness to take part. The Asian giant appears to have better relations with the Taliban than the Western powers, so it may have an advantage if the new regime remains in power.

Now, the truth is that Chinese companies won contracts to develop copper and oil operations, but it was not long.

Hopefully China is interested. The opportunities are there and the two countries share a short border segment.

But any Chinese endeavor, whether official or corporate, is going to need some certainty that it will succeed.

And the Chinese will be reluctant to compromise unless they feel the security and corruption issues are sufficiently resolved – or at least contained. as well as to enable them to extract valuable quantities of these industrial products.

A key question for any potential investor, from China or elsewhere, will be whether the Taliban are likely to be better able to create the kind of environment the business needs than the previous Afghan government was.

Another factor that can affect the economy is the employment of women. In the last decade, the percentage of the female population over 15 years of age with employment has increased dramatically, although in 2019 it was 22%, still under international standards.

Under the control of the Taliban, this change is likely to be reversed, which could further damage the economic outlook.

In the immediate future, there is also great uncertainty about financial stability. These days you have seen long lines of people trying to get their money out of banks.

The Pakistan-based Afghan Islamic Press reported that a Taliban spokesperson gave assurances to bank owners, money changers, merchants and shopkeepers that their lives and property they will be protected.

That there are even doubts about the physical security of financial operators is shocking.

They need confidence for Afghanistan’s financial system to work. But you also need customers to feel that their money is safe, and that surely won’t happen anytime soon.