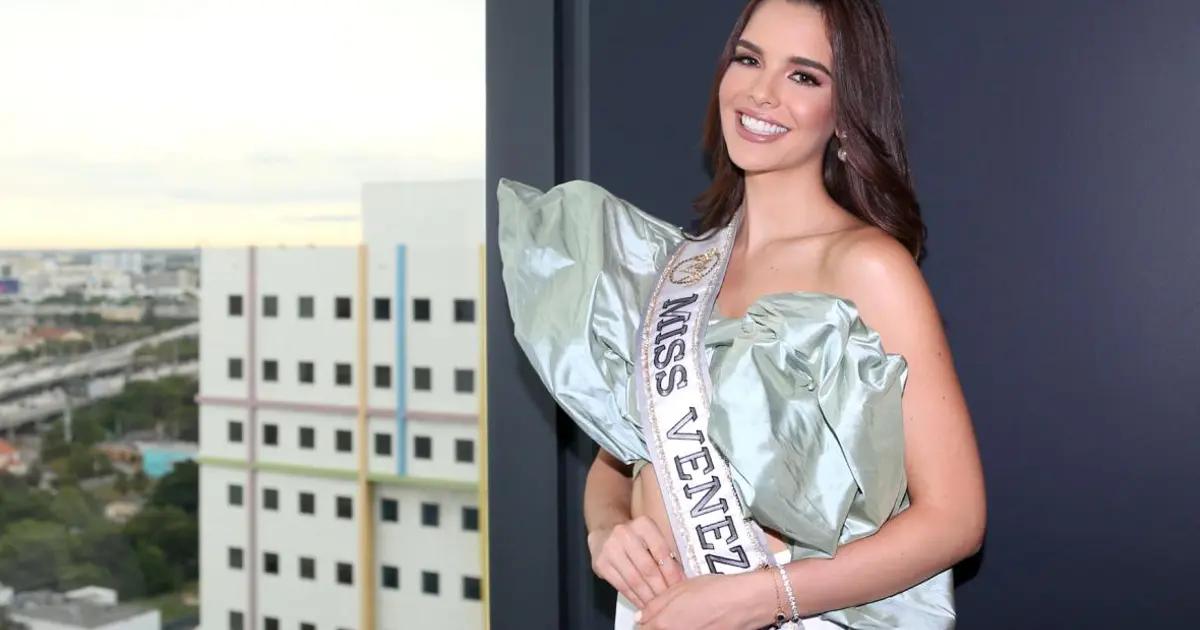 The model Amanda Dudamel last January 14 represented Venezuela in a beauty pageant which she did not win. However, since it became known that the lady who wore the USA sash was the winner of Miss Universe 2022, the first finalist has been involved in controversy because many consider that she should have been the night’s winner.

This week, Dudamel was doing a media tour and visited some TV shows: La Mesa Caliente, Hoy Día, and El Gordo y La Flaca. Asked about her future, she emphasized that she would analyze each opportunity but announced that the piece she had used during the competition would be available in shops shortly. Moreover, the piece will carry some customizations to make it an appealing product. She also explained that similarities are a common issue in the fashion world.

The latter interviewed Samy Gicherman, who claimed he had been plagiarized.

“First, I took off my glasses and put them back on because I could not believe it. I mean, I went into shock. I immediately identified him because I am the creator of one of these pieces,” he said on Univision’s entertainment program.

Comments were not long in coming, and as usual, opinions were a bit divided because while some supported Rafael Dudamel’s daughter, others indicated that it was indeed an alleged plagiarism.

At the same time, some Internet users highlighted the beauty of the Venezuelan model while also mentioning that her response to the beauty pageant held a week ago in New Orleans was quite accurate for many.

“This girl is too spectacular,” “If they copied it or were inspired by another dress, they should have the minimum dignity to admit it,” “The selfishness of human beings is incredible,” “Very well said, Amanda,” “I don’t think it was a copy, coincidence maybe, but the copy I don’t see it that way,” “The only thing it looks like is the print of the fabric,” “The dress of our real Miss Universe is more beautiful,” “The two dresses look alike, they are almost the same,” “The fabric is exclusive to him, please, Nidal is a top designer,” “It is not a copy, it is a very similar idea,” “They copied it and improved on the top, just like that,” were some of the expressions that were recorded on YouTube.