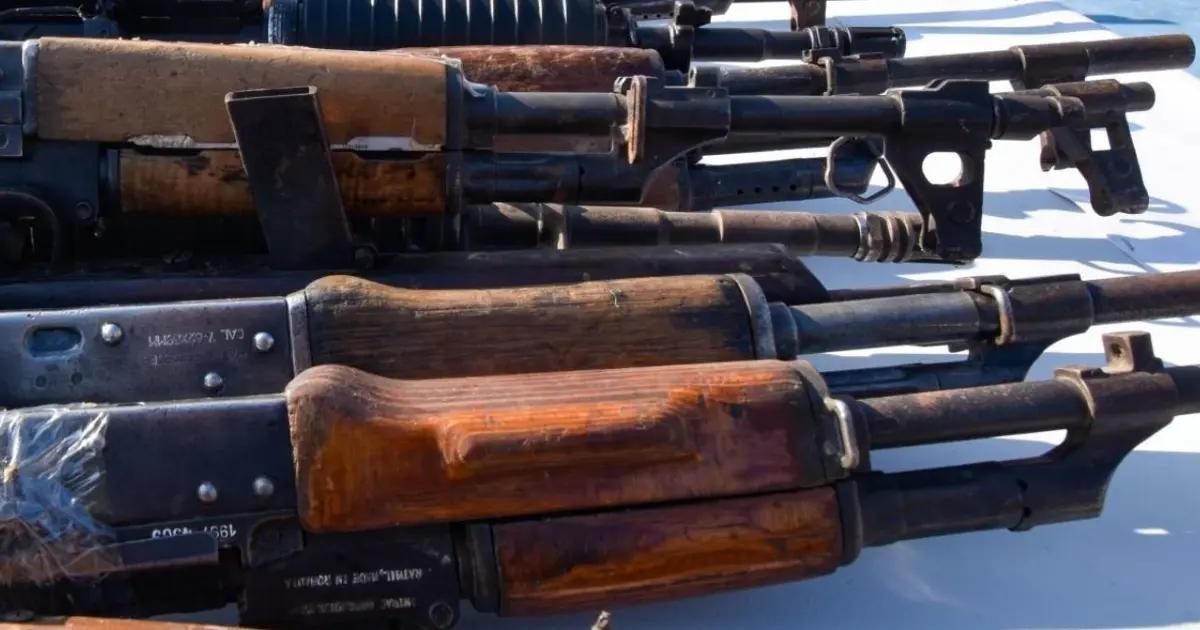 The Secretary of Mexican Foreign Affairs, Marcelo Ebrard Casaubon, announced that the Mexican Attorney General’s Office (FGR) has begun to trace the origin of the weapons seized during the operation to arrest Ovidio Guzmán, leader of “Los Menores” of the Pacific Cartel, as this case will be used to combat arms trafficking from the United States to Mexico.

He indicated that 63 percent of the 47 long arms seized were of U.S. origin, and the rest were produced in Europe. In an interview after the magisterial session within the framework of the 34th Meeting of Ambassadors and Consuls (REC), he stressed that the United States wants to contribute to reducing violence in Mexico and that arms trafficking must be combated.

He pointed out that the extradition process of Ovidio Guzmán to the United States will take time.

“Dr. Alejandro Gert, who has been very attentive to this, with Cenapi, who has a very good team, made the map that I took to the United States to the meeting in Washington, which had a very big impact on the session and now they are investigating where these weapons were bought, who bought them and how they arrived in Mexico, and that may take us a couple of months, but we are going to investigate it, and Mexico will present the case in the United States”

“There are arms trafficking on the one hand, and on the other hand, it shows that we have a reason why a person can buy an anti-aircraft weapon, that is, who can need an anti-aircraft weapon in their garden who buys it or is a criminal, a foreign country that wants to do it without you knowing it,” he added.

“We are going to work together with Europol. We already have a representative from Mexico to do the same, and we are going to locate where they were sold and how they arrived here because several European countries manufacture these weapons,” he continued his statement.

The Mexican Secretary of Foreign Affairs affirmed that the protection of Mexicans abroad, the fight against arms trafficking, the completion of the commercial integration of North America, and guaranteeing labor mobility are the priorities for 2023 in foreign policy defined by President Andrés Manuel López Obrador.

In an interview after the magisterial session in the framework of the 34th Meeting of Ambassadors and Consuls (REC), he pointed out that despite the crisis in Peru, there are no Mexicans at risk.

Among the foreign policy priorities, he emphasized the protection of Mexicans abroad. He brought innovations to Mexico that could save lives, such as the advanced immunotherapy for cancer cases that will be implemented at the IPN and the National Institute of Nutrition.

He highlighted that Mexico has a feminist foreign policy “because if you look around the world, the countries where there is gender equality are the least, in most of the countries of the world women have almost no rights, so why do you have to be a feminist, because we do not agree with that, we want that to change. That is why we have this position of insisting every day on this issue and promoting initiatives in the world on this subject”.

He recalled that new embassies would be opened in Pakistan, Bangladesh, Kazakhstan, Senegal, and new trade and innovation consulates in India and China.

Another priority is to attract investment to Mexico, such as the investment that will be made in San Luis Potosí with the construction of a BMW plant, which is largely due to the efforts of President López Obrador after the visit of his German counterpart and representatives of the German automotive industry—also recovering historical assets and defending the communities of native peoples, since designs are being stolen.

Among the agreements reached at the X North American Leaders’ Summit, he highlighted the fight against arms trafficking, the fact that one million 250 billion Mexicans living in the United States will be able to access citizenship this year in a joint action, the integration of the group that will bring investments to Mexico and informs of the first ones that will arrive.

In addition to the production of clean energies, which will result in less pollution and will even have a better profile than the United States and Canada.