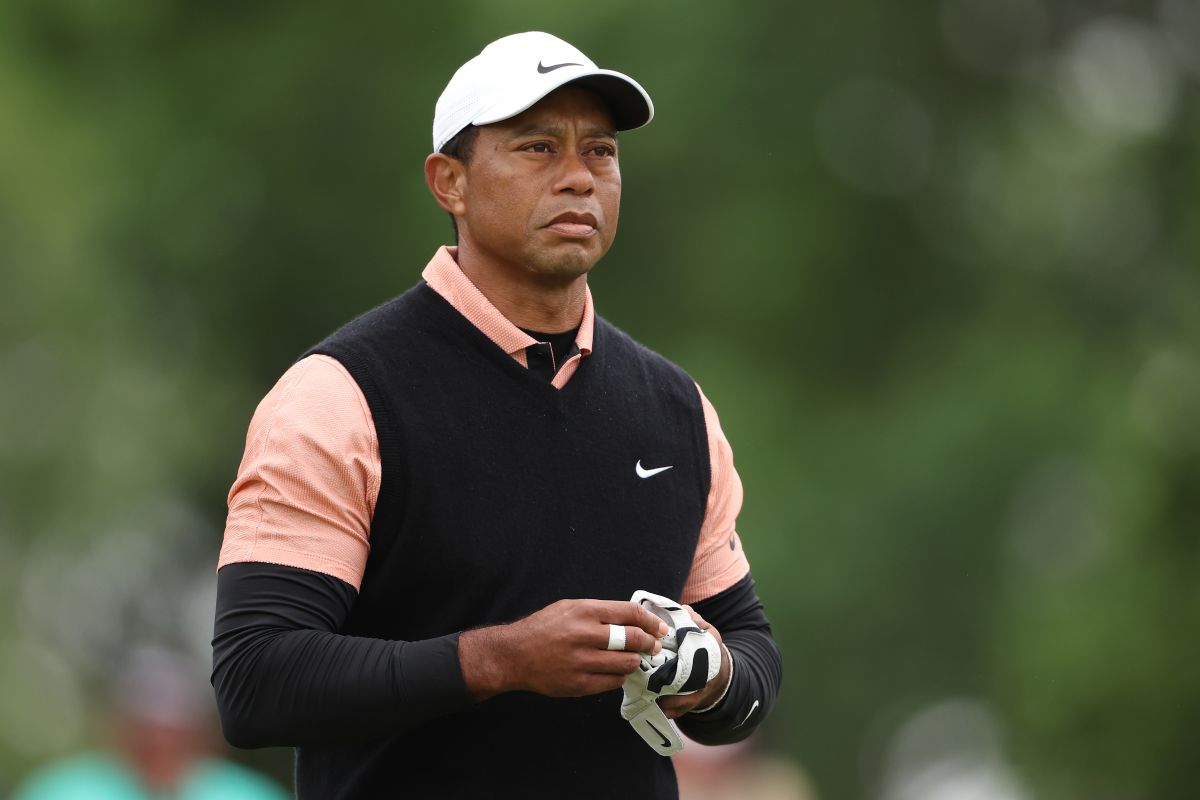 Tiger Woods once again amazed the worldbut this time it was not for a sporting achievement, but for a photo that circulates on the Internet, in which you can see the state of his right leg, same that 16 months ago was almost amputated, after suffering a terrible car accident.

The golfer had appeared a few weeks ago at the US Open and from that moment he surprised locals and strangers alike for having the intention of competing in the majors a little over a year after his truck returned several times; however, he had to drop out precisely due to intense pain in his leg: “My body needs more time to be strong for a golf championship”, explained about it. On that occasion and in his other appearances, Woods wore long pants that hid his limb.

The photo that has gone viral is from last weekend, specifically Father’s Day, when Tiger took his son Charlie to a junior golf tournament and posed with a young whose identity is still unknown, but what was really viral was that the winner of 15 majors there showed his affected leg.

In the image he posed with black shorts and without the sleeve that in previous weeks prevented us from seeing his limb. Something is very clear, her injured leg is noticeably different from the left one, since has visible scars from the emergency surgery he underwent to repair his leg and ankle. Also, the inside of the calf looks concavewhile the lower part seems to stick out unnaturally.

According to what you see in the photo, the only assistance the golfer is using is an ankle brace, which means that he has had a favorable rehabilitation, which has amazed many, who now wonder how much longer will it take Woods to win a championship again.