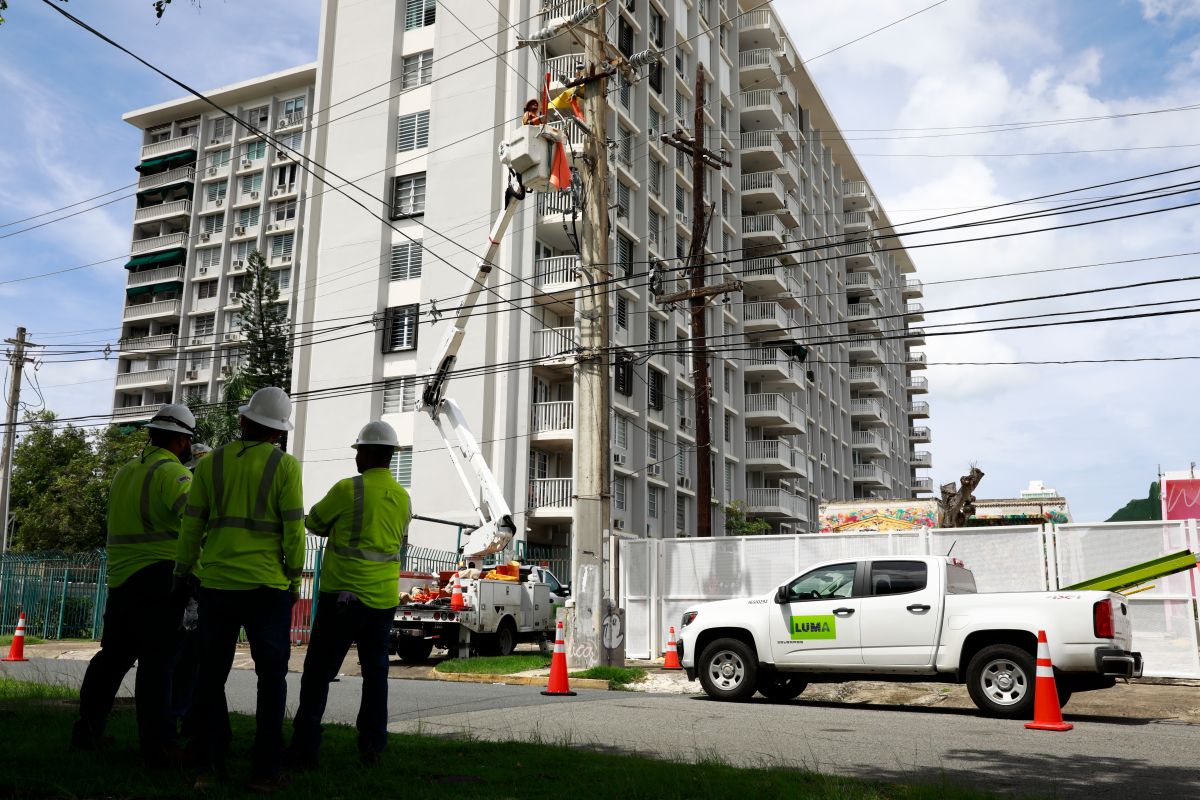 NEW YORK – Various political leaders in the United States Congress have been pushing in recent hours to that the federal authorities in Puerto Rico supervise the reconstruction process on the islandin particular the restoration of the electricity network by the company LUMA Energy, after the Hurricane Fiona onslaught.

In a letter addressed to those in charge of the Federal Emergency Management Agency (FEMA), the US Department of Housing (HUD) and the Department of Energy (DOE), the Democratic representative of Puerto Rican origin, Ritchie Torres (NY -15), asked them to make the necessary movements to expedite the repair work.

“We are writing to FEMA, HUD, DOE, and all applicable agencies come together and make a credible effort to expedite the rebuilding of the power grid which has become an urgent infrastructure need in the United States. The power grid is so degraded that every natural disaster, like Hurricane Fiona, spawns a man-made disaster of widespread power outages. It is so damaged that even a Category 1 hurricane is enough to plunge an island of just over 3 million people into darkness.

“Those who live on the island cannot bear no red ribbon on power system rebuild. The people of Puerto Rico—who have been suffering for a long time—have no electricity despite paying the highest bills for service in the entire United States,” they questioned.

“Until now, more than 80% of homes and businesses in Puerto Rico do not have electricity as a result of the devastation caused by Fiona. Luma Energy, which is the energy provider in Puerto Rico, has restored electricity to more than 100,000 customers. In a statement, LUMA said its teams continue to work to restore power. In any case, the company said, ‘full restoration could take several days,’” the congressmen added in the letter signed on January 20.

The executive director of the Central Office of Recovery, Reconstruction and Resilience (COR 3), Manuel Laboy, indicated that of the $9.5 billion authorized by FEMA to modernize the electrical grid, only 40 projects have been approved totaling $183 million.

Until this Thursday morning, a million homes and businesses were still without power in Puerto Rico, four days after Fiona passed the island with winds of more than 80 miles per hour.

Torres had presented Legislation for the early departure of the Fiscal Control Boarda federal entity that manages the island’s finances since 2016 by virtue of the PROMESA law approved in Congress.

It should be noted that the House Natural Resources Committee plans to hold a public hearing that could take place next week to discuss the impact of the Board’s provisions, the restructuring process to get out of debt – including that of the Electric Power Authority– and the payment commitment with the bondholders as well as the work of LUMA Energy.

To this was added the request of the attorney general of New York, Letitia James, for a federal investigation into the performance of the Canadian company under which Puerto Ricans have suffered seven consecutive increases in the bill.

In a letter to FEMA, the US Department of Energy and the Energy Regulatory Commission, James questions how federal funds allocated to the Puerto Rico Electric Power Authority have been used through LUMA.

“There are many serious questioning of the planning, preparation and investment that LUMA has madeJames stated in the letter. “The federal government has provided significant resources to build a more reliable and resilient transmission and distribution system. But it appears that these funds have not been directed in the most effective way possible,” he argued.

In a press release yesterday, FEMA indicated that the energy response organization of the US Department of Energy is in San Juan as part of the evaluation and reconstruction of the network.

The federal agency also noted that located supplies in four warehouses strategically located throughout the island. “These supplies include more than 7 million liters of water, more than 4 million ready meals, more than 215 generators, more than 100,000 awnings, more than 28,000 plastic protectors and more than 10,300 cots and other emergency supplies,” he detailed. the entity.

This Wednesday, the White House issued a Major Disaster Declaration for Puerto Rico in response to Hurricane Fiona after Governor Pedro Pierluisi’s request for that purpose.

The declaration allows to activate the economic aid of FEMA of public assistance to offer services and emergency jobs to those affected by the hurricane.

The assistance can range from funds for temporary shelters and home repairs to low-cost loans for uninsured households, the White House said in a statement.

The action of the Biden Administration comes after Democratic Senators such as Dick Durbin (D-IL) Tammy Duckworth (D-IL) and Bob Menendez (D-NJ) and Representative Nydia Velázquez (D-NY-07) sent a letter to the president to pressure him to activate the measure.

“Governor Pierluisi formally requested a Declaration of Major Disaster for all municipalities of Puerto Rico in response to Hurricane Fiona. We strongly urge you to approve this request to ensure that Puerto Rico has all the federal resources available to respond to this disaster,” the congressmen wrote in the letter.

The cuartero also mentions the failures in the process of repairing the electrical network that cause frequent blackouts on the island.

Budget resolution for 2023 could include additional allocations for the island

Additionally, the leader of the Democratic majority of the House of Representatives, Steny Hoyer (Maryland), did not rule out the possibility of including provisions for greater economic assistance for Puerto Rico in the budget continuity resolution.

According to the report of El Nuevo Día, Hoyer pointed out that the FEMA disaster fund has enough moneybut that if necessary assignments would be added.

Hoyer assured that the situation on the island is a priority in the discussions of the resolution on the federal budget for 2023 that Congress must approve before September 30 to avoid a closure of the federal government.

As part of the bipartisan negotiation process, the legislation could include other issues that Congress considers important, such as the case of Puerto Rico.

Members of the diaspora respond to the request of the governor of Puerto Rico to limit the shipment of supplies: “We learned the lesson”