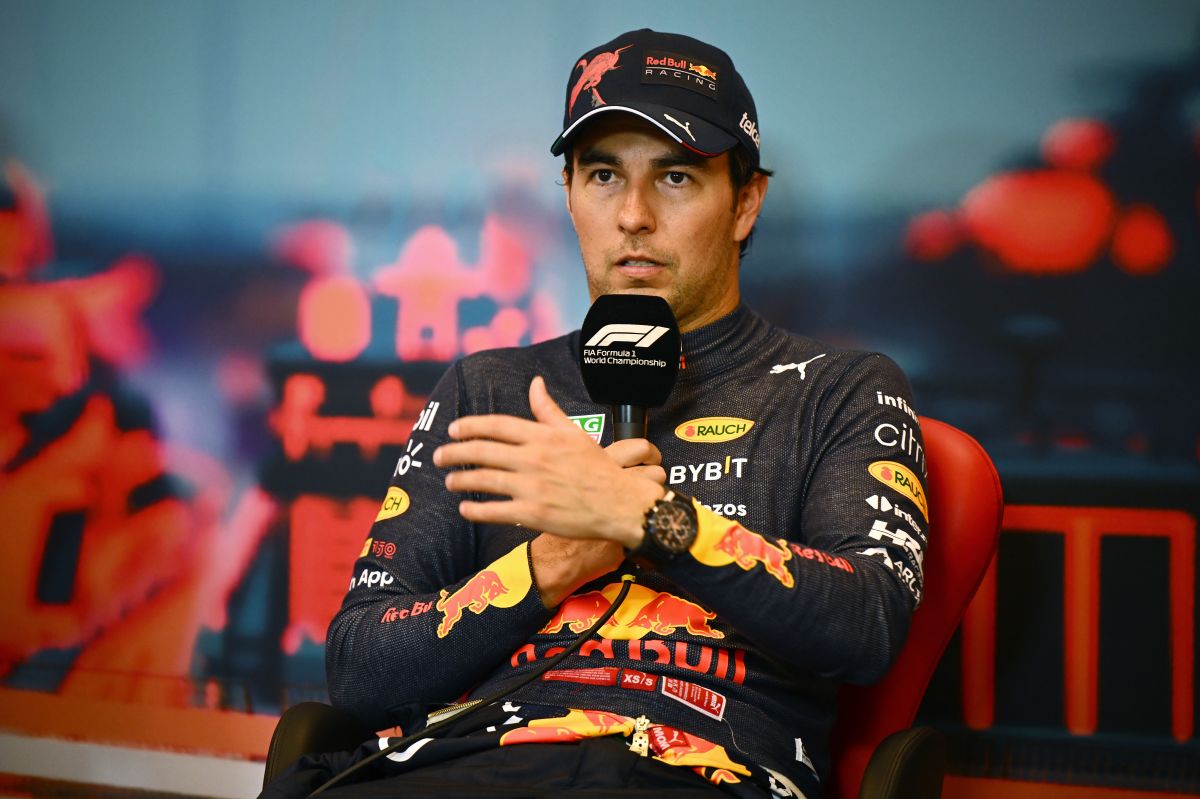 Mexican driver Sergio Checo Pérez will start third in the Monaco Grand Prix in Formula 1 this Sunday, May 29. This award will mean the seventh this season and the Mexican pointed out that he is in perfect condition and very confident despite the accident he suffered in qualifying. “I’m ready for the fight,” stressed the Mexican.

“I ended up in the last sector with the tires too cold and I almost lost control of the car in the first corner,” said Checo Pérez in statements collected by EFE. However, the 32-year-old Mexican downplayed the event and is already concentrating on the next challenge he will face with his Red Bull team. “I was thinking that the tire would gain grip and heat up, but it didn’t and it was a great shame what happened,” continued the man from Jalisco.

The Mexican Sergio Checo Pérez hopes to do the best job in the stellar race in Monaco, for this he bets not to make the same mistakes as in training. “I was losing lap time at turn eight, so I tried to get ahead of the corner very early; but it didn’t work out and as frustrating as it is to end the day like this, we still qualified in the top three in Monaco,” he reflected.

The Mexican is third in the standings with a total of 85 points, 25 less than his Dutch teammate Max Verstappen, current leader of the standings and current world champion. Which, however, he managed to overcome and will start fourth in the standings.

“I’m really sorry for my team, it’s going to be a long night for them, but I hope we can recover and be back tomorrow.”continued the Mexican who finished second in the Spanish Grand Prix with controversy included and who added his third podium of the year and number 18 of his career that includes two victories.

Back to the controversy

This award is expected to put an end to the controversy of the last race in which Sergio Checo Pérez was instructed to move aside to allow team-mate Max Verstappen to win. This situation made the Mexican bother in some statements that went viral and from which different points of view are still being given.

Faced with this reality, the Dutch pilot decided to put an end to the controversy by declaring that he would still have surpassed the Mexican, highlighting the speed with which he was going in the competition.

After the accident suffered in the Monaco test, Sergio Checo Pérez was treated by the doctors on the circuit, a fact that the Mexican explained. “It was just a precautionary check at the medical center, I’m fine and now I’m looking forward to tomorrow’s race”, he declared.

He stressed that he will start from a good place and that it will probably allow him to climb positions: “I start from the good side of the grid, so I would like to gain one or two positions”, he asserted.
Although it will be a difficult race, the Mexican does not see it as impossible: “It will be difficult, but I am ready to fight. Tomorrow it could rain, so anything can really happen”, concluded Sergio Checo Pérez.

. Will he leave Checo Pérez alone? Max Verstappen confessed that he would like to race with Ferrari or Mercedes

. Historic motorsport director assures that Sergio Checo Pérez is close to being at the same level as Max Verstappen