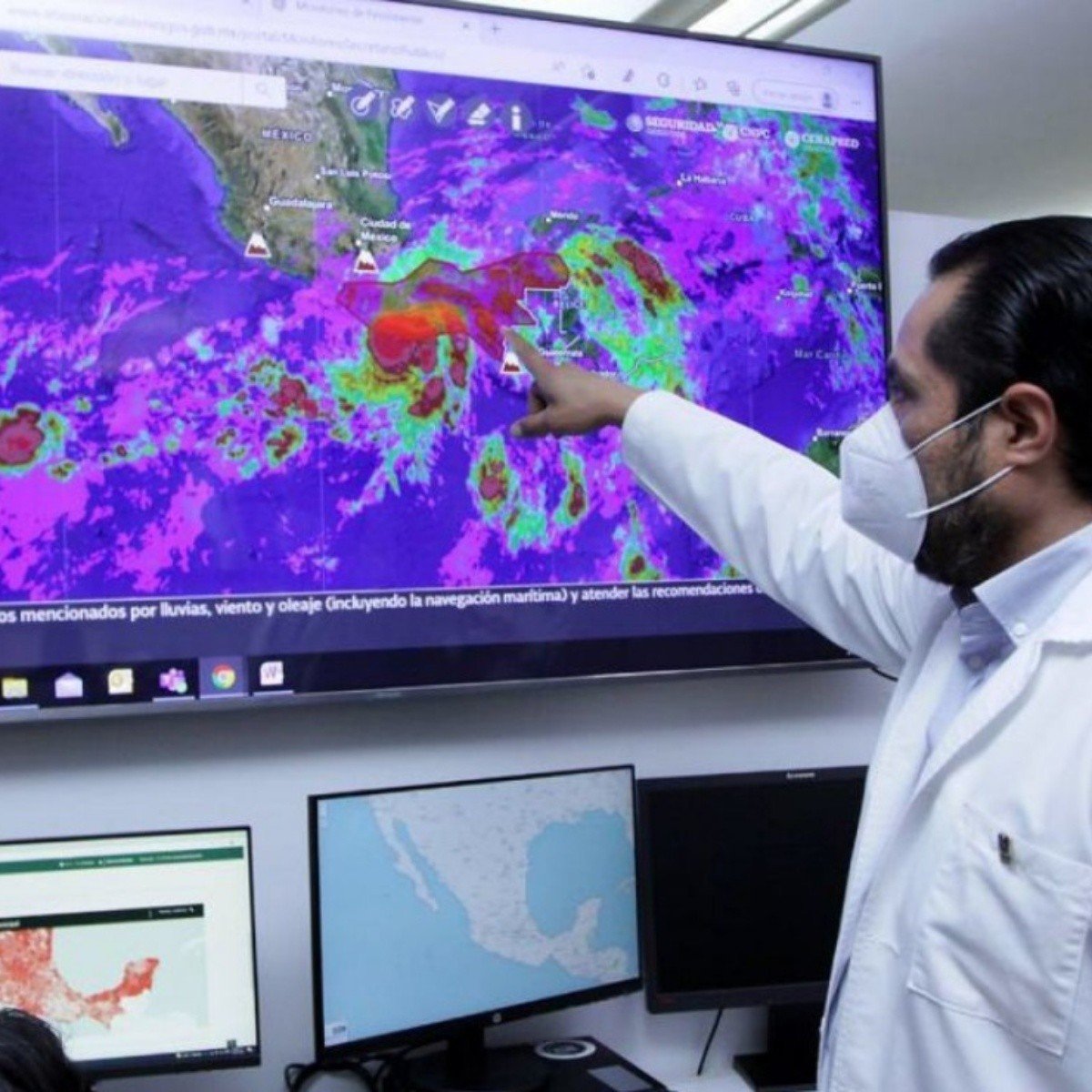 Mexico.- The hurricane agathathe first of the season in the Mexican Pacific, downgraded this Monday to a tropical storm after making landfall on the southwestern coast of the country as category 2.

The US National Hurricane Center (NHC) said in a late report that the storm has maximum sustained winds of 110 km per hour and is moving at 13 km per hour.

Agatha made landfall earlier west of Puerto Angel, a beach community of about 2,500 people in the state of Oaxaca.

The NHC predicted that the storm will continue to weaken in the next few hours and will dissipate over Mexican territory during the afternoon of Tuesday.

Agathe It quickly gained strength due to the high sea temperatures and the initial forecasts did not rule out that it would reach category 3.

The beaches of the Oaxacan coast looked cloudy and with rough seas on Monday morning, while the residents stocked up on water and food and protected homes and businesses. Non-essential classes and activities were suspended in the affected area.

“The shelters are already open, people are already arriving (…), we are at a red point, this is coming and it is coming strong,” he warned the AFP Roberto Castillo, from Huatulco Civil Protection.

The Oaxacan government set up 203 temporary shelters with the capacity to accommodate 26,800 people, and hotels were set up to receive tourists.

5,240 national and foreign visitors have been identified in the risk zone in Oaxaca, which is home to resorts such as Puerto Escondido and Huatulco, popular with European and American tourists who are fond of surfing.

The Meteorological Service of Mexico reported on its side that the phenomenon will continue to cause heavy rains in Oaxaca and in regions of the neighboring states of Chiapas and Guerrero.

The authorities closed the ports to navigation in those regions, while the airlines began to cancel their flights to the Huatulco international airport, on the Oaxaca coast, from Sunday.

Numerous and mighty rivers are located in the area affected by the storm, for which the Mexican Meteorological has warned of possible overflows and landslides.

Every year Mexico suffers the onslaught of tropical cyclones on both its Pacific and Atlantic coasts, usually between May and November.

The 2021 Pacific hurricane season, which runs from May 15 to November 30, was moderately active with 40 events. Of these, 15 were hurricanes, according to the Mexican Meteorological.


Omar Fayad sings “Sálvame” by RBD and shows his ‘sensitive’ side