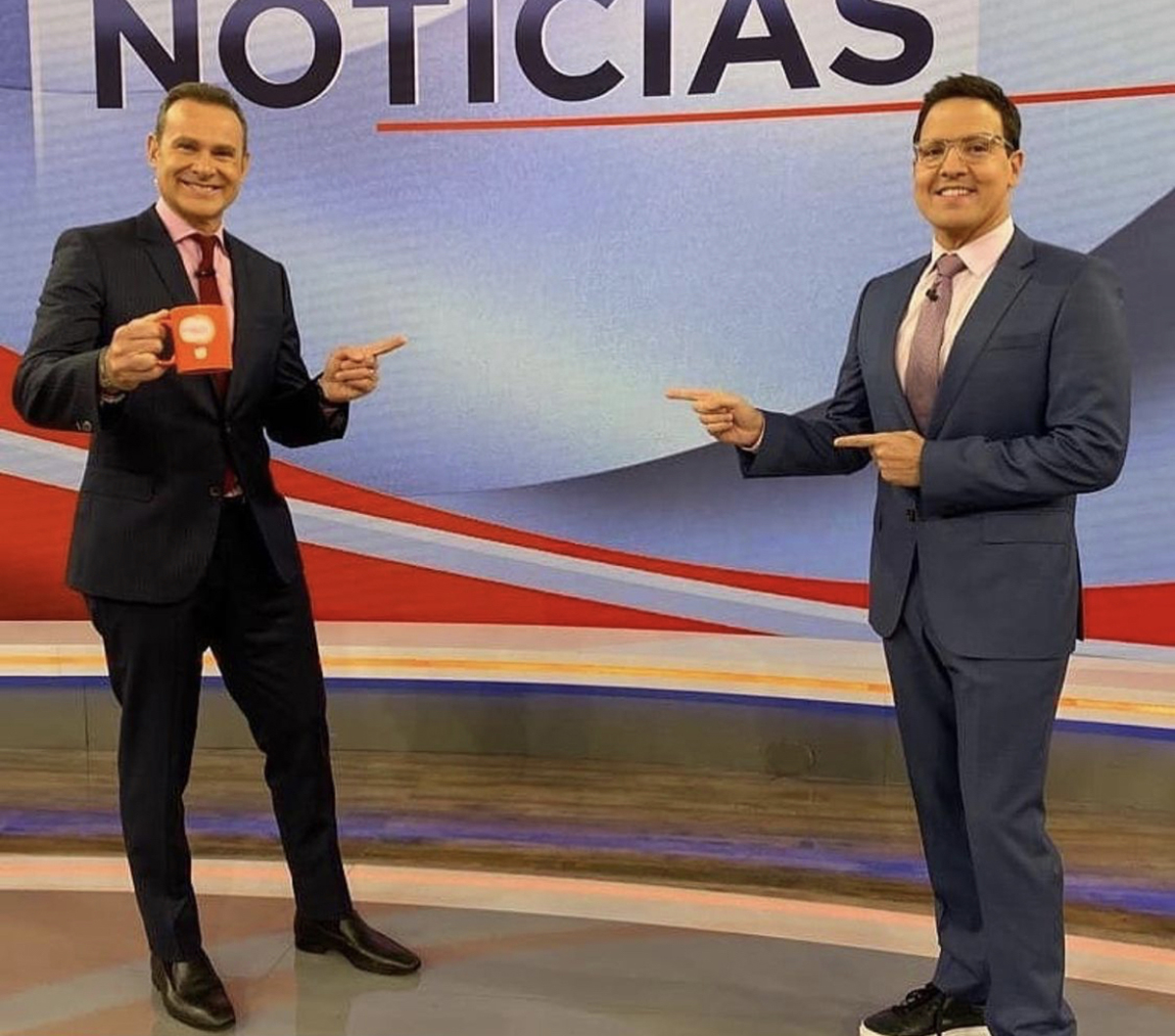 Alan Tacher balconies Raúl González, in few words, he said he made a mistake when he went to Telemundo… Between laughs, surprise and even tears! But from so much laughter, the presenters of ‘Despierta América’ took off their clothes.

It all happened when, at the now famous breakfast table of the Univision morning show, commented on information from Roberto Tapia, and Raúl said: “I had the opportunity to work with him on another program.”. Immediately Alan interrupted him and while stirring his coffee and stammering, but direct:

“When you made the mistake …”. While Tacher ate a cupcake, González gave him a fit of laughter and, as a good companion Karla tried to get him out of the situation saying: “Well, maybe he learned”.

But Alan didn’t end it there and say, “Did you learn anything from that experience?”… Laughing, the only thing the Venezuelan presenter and actor managed to answer was, “You are a disaster”.

Let’s remember that in 2014, and After almost 13 years presenting ‘Despierta América’, Raúl González resigned from the show and the network, and months later we saw it signing an exclusive contract with Telemundo. There he fulfilled one of his dreams, the one that he had not been able to fulfill at Univision, to work with Don Francisco.

It was Don Francisco, who for the first time removed himself from being in front of the camera, and produced ‘Great Opportunity’, a show hosted by Raúl González with Ana Lorena, and it was there that he worked with Roberto Tapia, who was one of the jurors along with Alicia Machado and Alexis Valdés.

Although the show worked very well at the beginning, a bad strategy by Telemundo at the time, caused it to fall and end, even earlier than expected.

But, Alan Tacher also made ‘the mistake’ as he calls itWell, let’s remember that from Tv Azteca in Mexico, came to the United States from the hand of Telemundo. First he drove and produced a reality show, and then he joined the Telemundo mornings with Rashel Díaz in ‘Un Nuevo Día’. It was even said that in 2017 he was about to leave ‘Despierta América’, to return to Telemundo, but it did not happen.

Today Alan and Raúl are happy in ‘Despierta América’ and have made a great friendship off the screen, which allows them, without a doubt, to risk making this type of joke on the air.

Let us remember that starting this Sunday 19, Raúl will be one of the four presenters, along with María Antonieta Collins, Jackie Guerrido and Carolina Rosario in the news, who will launch the adventure of ‘Despierta América en Domingo’ at 8/7 Am Center.