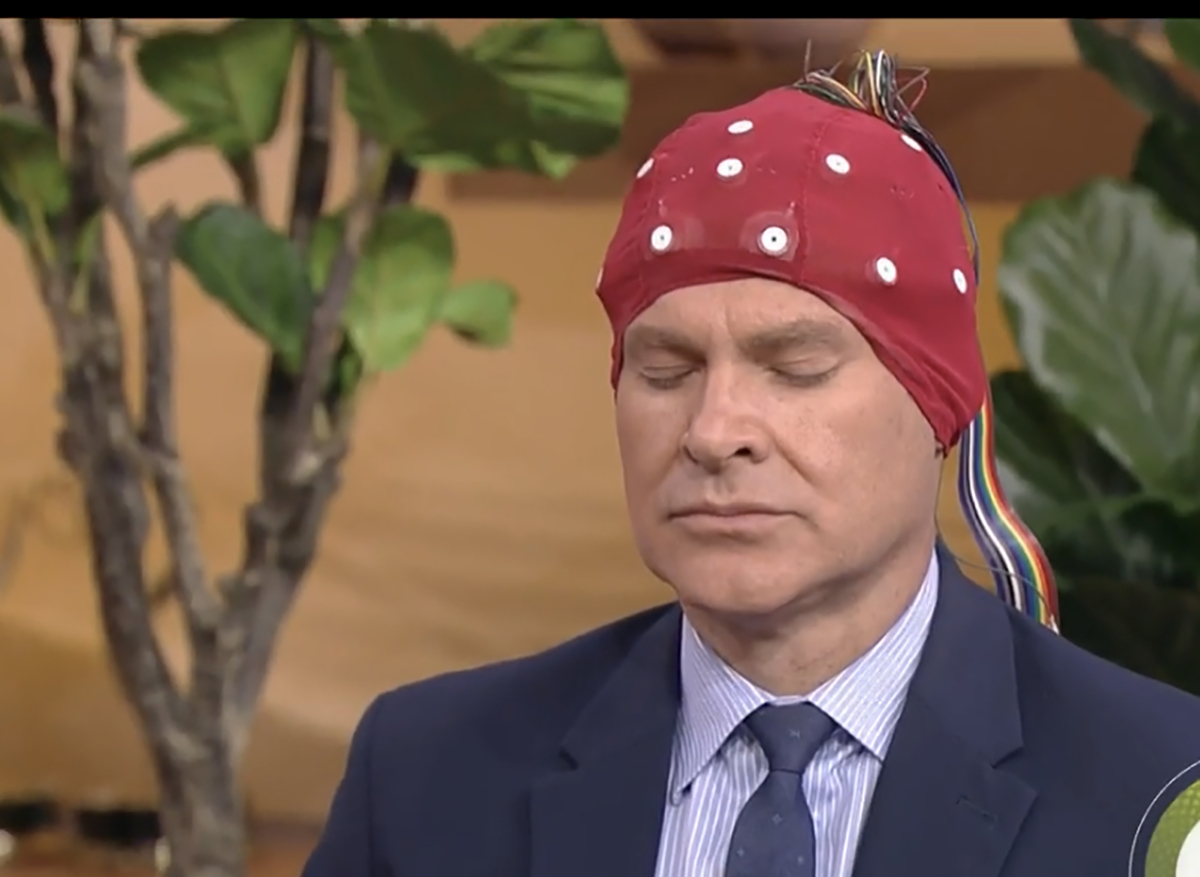 Alan Tacher It has been a year of many changes: he lost weight and built muscles in a training program; a vasectomy was performed to close the children’s ‘factory’; and now underwent treatment to train and correct his neurons.

This morning in ‘Wake up America’, Alan appeared a red cap full of electrodes and cables. It is that he was the protagonist of a segment, where the neuro trainer, Carlos Gallegos, who is a specialist in stimulating the brain for different activities, including training and correcting neurons, which Tacher chose.

Accompanied by Karla Martínez and Paola Gutiérrez, Alan explained that the first treatment was performed (several are needed), before ‘Despierta América’ began, They applied a gel to him, and for 25 minutes he worked on the next goal he wants to reach.

“In the process as such you listen to calm music, the sea, and then as tones, as music keysAlan said without taking off his red cap.

The specialist in this technique explained that those tones that Tacher felt are produced by neurons doing work where it is inhibited and rewarded. If the neuron is doing well, it gives a special tone and if it does it wrong an inhibitor is transmitted because, according to Gallego, the brain is the only organ that does not have feedback.

“I made him think about what he wanted while listening to those tones, because at this moment we were opening the door of the unconscious mind, and there we can install beliefs“, Explained the Colombian neuro coach.

Finally, Alan shared everything he experienced in just one session: “If you feel peace, you feel relaxation, I thought of my family, it is the first thing that came to mind, I thought of my daddy who is in heaven, my mom, in health, in the future, as if it opens your mind, “he said.

• Alan Tacher balconies at Raúl González: He told him that he made a mistake when he went to Telemundo

• Alan Tacher: “The Tacher dynasty is over”

• Francisca Lachapel surprises: “The passion remained in my town, now the important thing is Gennaro”