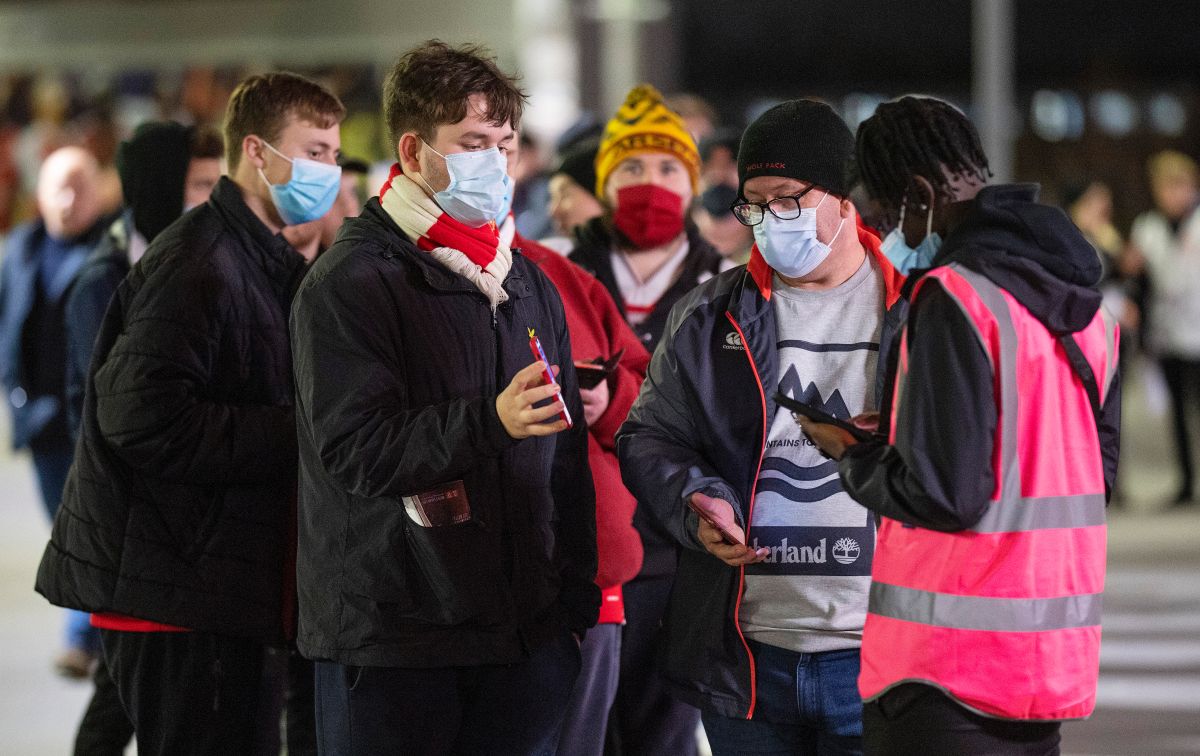 As a kind of déjà vu of that day in March 2020, when sports stopped, toCurrently, the possible paralysis of world sport begins to emerge due to the increase in positive cases of COVID-19.

During the last week, various soccer leagues and other international competitions have seen how the coronavirus has put its continuity in check. Athletes, coaches and team personnel have been infected in this new COVID-19 outbreak.

In relation to the teams, one of the most critical cases is experienced by Real Madrid, which until this Thursday reported that seven of its most important players had tested positive for coronavirus, among them are Marcelo, Asensio, Bale, Lunin, Rodrygo and the son and Davide Ancelotti.

These infections, and the two reported by Valencia FC, have forced the Spanish Football Federation to take measures to prevent the spread of the virus, and consequently the number of positive cases.

The governing body of Spanish football will continue to demand COVID test every 15 dayss. In addition to cancel formal greetings and tributes this weekend in all competitions.

If we go to the United States leagues, both the NLF and the NBA have also shown critical points in relation to infections during the last week.

🚨🚨 Approaching the RECORD contagion playoffs in the #NFL , 37 players to the COVID list. It is the highest figure so far this season. pic.twitter.com/5lRehANwGZ

In the case of United States National Soccer League (NFL), have reported more than 37 cases of COVID-19, a fact that has triggered the alarms in the preview of week 15 of the competition.

This is the highest number of positive cases that have been registered in the NFL since the coronavirus pandemic was decreed. The positives are concentrated in the Cleveland Browns, Kansas City Chiefs, Chicago Bears, Atlanta Falcons, Detroit Lions, Los Angeles Rams, Minnesota Vikings, New York Giants and Washington Football Team.

Due to the number of cases, the NFL will require that before December 27 all coaches and other team personnel receive a booster shot.

The NBA is also being strongly stalked by COVID-19, and the Los Angeles Lakers is one of the most affected teams with infections from five of its players; Russell Westbrook, Avery Bradley, Malik Monk, Dwight Howard, and Talen Horton-Tucker.

In addition, Chicago Bulls suspended games against Detroit Pistons and Toronto Raptors for having a dozen players under sanitary protocols.

So far this month of December, a total of 49 NBA players have entered security protocols after testing positive for coronavirus. In fact, according to ESPN, Several NBA Executives Expect a Raise After Christmas and New Years.

In the European Premier League, this Monday 42 new cases were reported, which represents a record number since May 2020, when the pandemic was announced.

So far in the Premier two games have been canceled, Brighton-Tottenham last Sunday and the Brentford-Manchester United and it is not ruled out that other meetings are postponed due to the same situation.

While the leagues of the world return to take restrictions, the cases continue to increase, just at the moment in which they began to relax some measures with the intention of gradually returning to normality.

UEFA asks all players to get vaccinated

Crisis at Real Madrid: Several players will be out for having tested positive for Covid-19