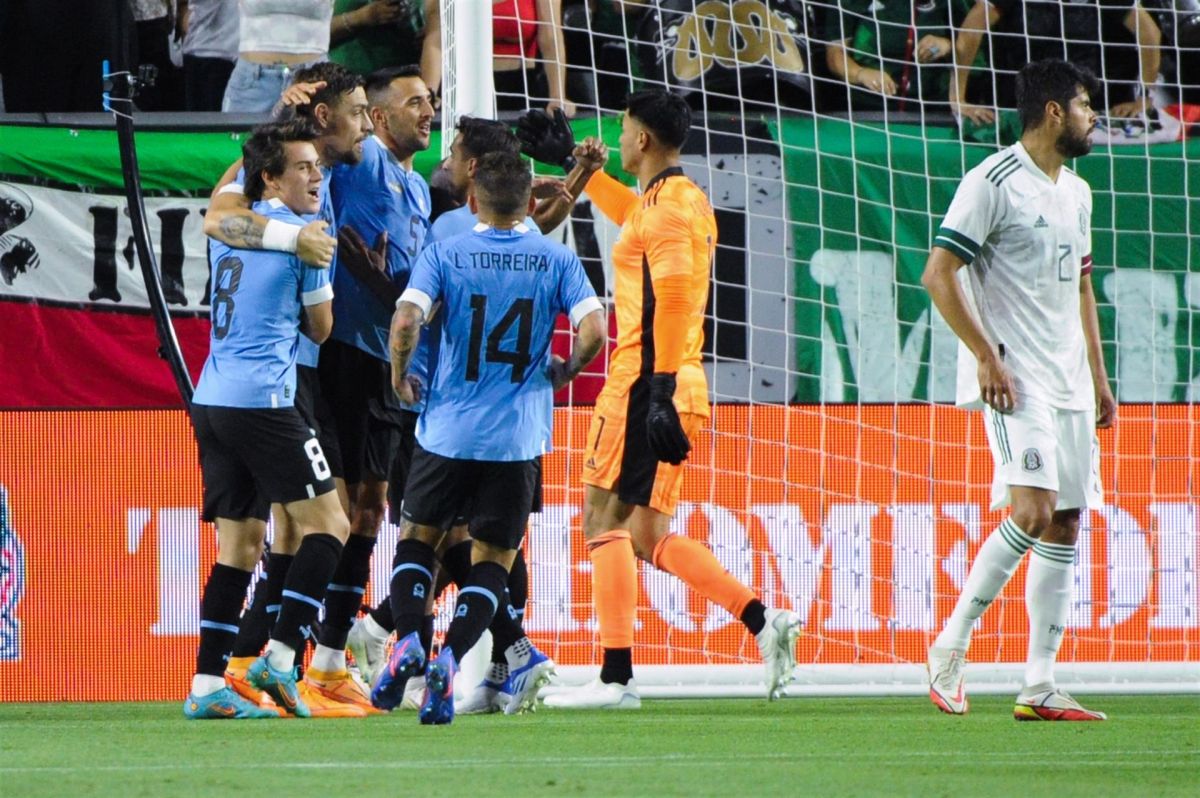 The Mexican team faced Uruguay this Thursday at State Farm Stadium in Arizona in what was their second friendly match ahead of the Qatar 2022 World Cup.

Those led by Tata Martino lived a nightmare with a scoreboard that reaffirmed the shortcomings of a team that is still having a hard time finding its identity and that was very fragile in defense. The goals were scored by Matías Vecino and Edinson Cavani on a couple of occasions.

Matías Vecino opened the scoring in the 35th minute after finishing off a header by Cavani that Talavera took off, but that ended in the back of the net.

The second goal came just 15 seconds into the second half, Edinson Cavani, who came from one of his darkest seasons in Europe, today vindicated himself before his fans. Pellistri beat Jesús Angulo down the right flank and took a pass so that the “Matador” appeared free of a mark and scored the second goal for the Charrúas.

But the thing did not end there for those led by Gerardo Tata Martino, at minute 53 Nicolás Suárez appeared with a center at grass level which Cavani would finish off first and converted the third Uruguayan goal and the second personal for the “Matador”.

So finally materialized a win that came to increase the doubts What about the Mexican team?

Lack of identity in Mexico

Mexico’s defeat against Uruguay sparked a series of negative comments through social media in which many agreed that beyond the result, the real problem of the Aztecs is that they have no game identity and that practically in this match they did not play at all.

The same situation occurred against Nigeria, in a match where they won thanks to an own goal and against a team that was getting to know their coach in that game.

Effective generational change in Uruguay and Mexico’s next commitment

On the Uruguay side, an excellent present stands out from the hand of Diego Alonso who has been able to engage a series of names with stripes in the team, but who also found a generational replacement that adapts to his competitive needs.

Mexico’s next friendly will be on Sunday, June 5, when they face fellow World Cup player Ecuador. that today was imposed on its counterpart in Nigeria.

. Win but do not fall in love: The Mexican National Team beat Nigeria in the first of three international friendlies
. Symbol of the Mexican team will appear on credit cards from the United States
. Venezuela U-21 defeats Mexico and puts it against the wall in the tournament Maurice Revello