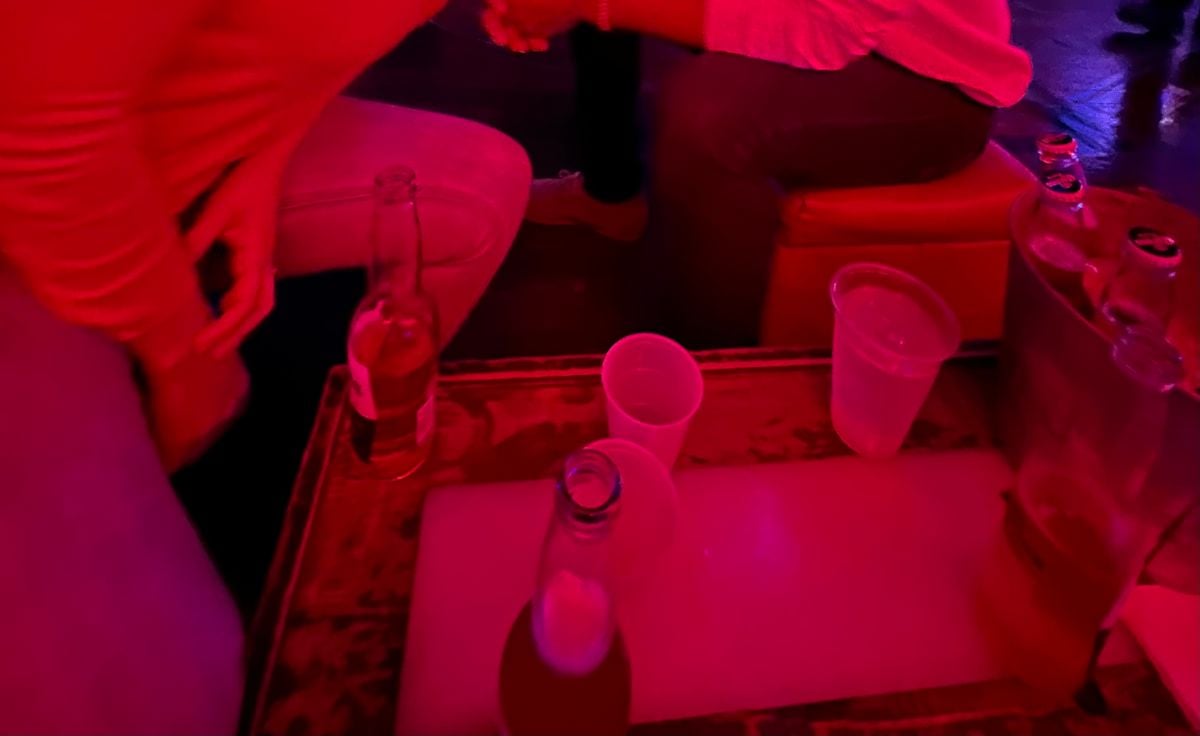 In full 2022, human trafficking, with its tentacles moving acts of sexual and labor slavery, they remain a reality in New York, disproportionately affecting immigrants and vulnerable women.

And in the midst of the struggle that the State has given to fight that scourgewhich according to figures provided by the National Human Trafficking Hotline in New Yorksince 2007 has received 3,345 complaints, 414 of them in 2020the Legislature in albany has just approved a package of laws that seek to help identify and prevent human trafficking at the sexual and labor level. The new regulations aim to join the fight to personnel from establishments where liquor is sold, transportation systems and the general public.

so announced the Democratic majority of the Senatewhich advanced in several bills to give more effective resources against human trafficking, which continues to occur in the shadows, since the true seriousness of the problem is not fully known, but it is estimated that the scourge leaves profits for criminals for more than $150 billionwith more than half a million victims nationwide, which has a “center and gateway” in the Big Apple.

The State Senate wanted to give the green light to regulations that will allow that in places of transport where many of the victims move, they know that there are laws that protect them and help lines are set up, for which they gave free rein to the allocation of more resources in airports and terminals of Port Authority buses for information on services for victims of human trafficking.

The majority leader in the Senate, Andrea Stewart Cousins, He stressed that the package of laws will serve to make the issue more visible, show victims that there is support and at the same time create prevention tools.

“Although human trafficking often operates in the shadows of our society, many of the telltale signs are right in front of us“, said the president of the Senate, who stressed that the new legislative pieces promote “common sense measures” and offer “high impact” results. “As thousands of people are forced into this industry, we must do more to act on their behalf and shine more light on this widespread atrocity.”

The Senate noted that the legislation seeks at the same time promote education about human trafficking with information, as well as referral hotlines for people in need of emergency assistance.

Senator Jamal Bailey He mentioned that initiatives like the one he promotes to require any establishment with a liquor license and all adult entertainment venues to prominently display signs with contact information related to the human trafficking hotline will help break the cycle of that crime.

“Human trafficking is a growing and pervasive problem that affects all of our communities. This package of legislation works to combat the scourge of human trafficking and strengthen protections for victims.” “Victims of trafficking face extraordinary obstacles in seeking help. Requiring visible signage at these facilities where victims are most at risk will help them access potentially life-saving assistance.”

Senator Cordell Clearementioned for his part that despite the progress of the Senate on these issues, it is urgent to continue proactive work that achieves greater scope, with the promotion of a broad and complete set of measures to guarantee that human trafficking is combated effectively.

“As chair of the Committee on Women’s Affairs, my mission is to eradicate the scourge of human trafficking and I am proud of the package of bills that we passed throughout the Conference to empower victims and survivors today,” said the legislator .

Senator Anna Kaplan He mentioned that no community is immune to the scourge of human trafficking, and warned of the need for Albany to do whatever it takes to give victims a chance to escape their captors and survive the trauma they are left with.

“Prominently displaying the National Human Trafficking Hotline in places where victims will see it is a common sense way to help a person in need, and will help raise awareness of the issue among members of the public who might be able to step in and help,” the policy said. “I am proud to sponsor legislation that will require the posting of victims’ resources in airports and bus terminals.”

Senator James Skoufis He explained that his bill will help those who sell liquor in establishments to join in the detection of victims and stop this deplorable crime of human trafficking.

“Addressing the deplorable practice of human trafficking around the world requires an all-hands-on-deck approach. My project to empower New York bartenders, often the gatekeepers of our drinking establishments, to spot the signs of human trafficking is a critical step in protecting those most vulnerable from this form of modern day slavery,” he said. the legislator.

Organizations that have fought for the defense of victims of human trafficking and sex trafficking welcomed Albany’s new tools, which should continue their legislative path and be supported by the Governor of the State, Kathy Hochul for them to become law, but they assured that more needs to be done.

“These things are very useful because they involve more actors, such as bar workers, who can help raise awareness of signs of sex and human trafficking, but I think a more robust system needs to be created to help prosecute traffickers. Y not to criminalize those who do sexual work or work without papers, that in many cases they are undocumented immigrants full of fear, as happened to me,” said a victim of sex work from Queens, who managed to flee from her captors a year ago, and who identified herself only as Laura M.

Biane GarciaMake the Road NY Justice Project Leader and Organizer, said the Senate anti-trafficking bill is a good start, but urged Albany to go further and humanize sex work so that it can better help victims of traffickers.

“Posting helpful information in public places is a good start. That is the first thing we must do, educating more about the subject, but the truth is, if we do not decriminalize sex work and humanize sex workers, the victims are not going to file a complaint before the law despite doing something against their rights. will, they continue to be criminalized,” said the activist.

Garcia demanded that Albany approve the call “bill to stop violence in the sex trade”which seeks not only to decriminalize sex work, but also to prevent clients from being penalized.

“This would indeed open real doors for communities that are survivors of trafficking to want to denounce because sex work would be decriminalized. On the other hand, as long as sex work continues to be seen as a crime, when you are being trafficked, most victims would not feel comfortable going to the police to report it,” warned García, insisting that the State of New York is showing progress. “For the first time Albany is seeing the communities that have been most violated and continue to be traffickedand what you need to do is move laws like ours, that do not criminalize clients or workers, since most of us are immigrants, and that persecute pimps.”

The Senate’s advance on the new laws against human trafficking comes just as the police of the NYPD is also doing the same to address this problem, with the appointment of a Hispanic as new chief of the Special Victims Division and the announcement that human trafficking investigations will now move to a survivor-focused unit.

That’s how he revealed it Police Commissioner Keechant Sewellafter mentioning that the Inspector Carlos Ortiz, who has spent 25 years with the NPYD, will lead the Special Victims Division, where he will oversee a survivor-focused investigative agency that will also have full responsibility for investigating human trafficking cases formerly handled by the police Vice Unit from New York. The uniformed officer has carried out his police work mainly in the counties of The Bronx and Northern Manhattan, as well as in Queens.

“As our NYPD team comes into sharper focus, it is clear that Inspector Ortiz is the right professional to take command of our Special Victims Division and to lead all of the dedicated individuals committed to this important and challenging work,” he said. Commissioner Sewell.

What laws are included in the package approved by the state Senate?

Sex and human trafficking in numbers in NY

Where to report and ask for help?