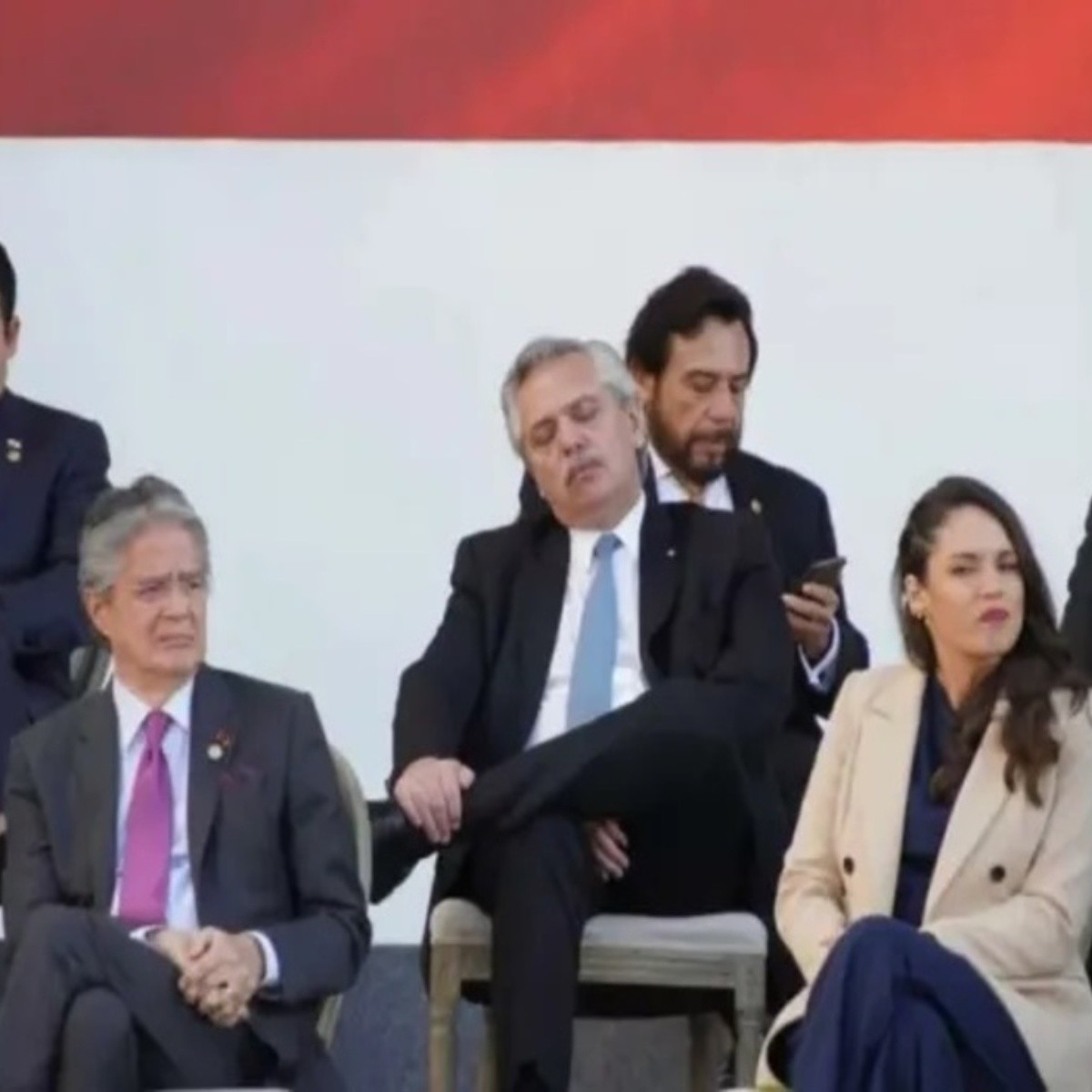 During the ceremonies of inauguration of the president of Colombia, Gustavo Petro, important moments were experienced in the framework of the protest of the first left-wing leader to occupy the first magistracy in the history of the South American country.

However, it drew attention that during the act, when President of Argentina, Alberto Fernández, was seen to be tired and even at a certain moment he seems to have fallen asleep while his Colombian peer gave his speech.

Local media They caught him nodding during the act that took place in the Plaza de Bolívar, Bogota. However, according to local media, Fernández had his eyes closed, but moved his right foot, in addition to moving his head, as if agreeing with what Petro was saying.

Before the act, the president of Argentina had had a one-on-one meeting with Petro. “We are in Colombia accompanying President Gustavo Petro in his inauguration,” Fernández wrote on his Twitter account.

We are in Colombia accompanying the president @petrogustavo in his inauguration ����������

The acts, which were held in the Plaza de Bolívar, were also attended by King Felipe VI of Spain; the presidents of Chile, Gabriel Boric; from Ecuador, Guillermo Lasso; from the Dominican Republic, Luis Abinader; of Panama, Laurentino Cortizo, and the president of Honduras, Xiomara Castro, among other leaders, as well as representatives of international organizations, and world leaders from various fields.