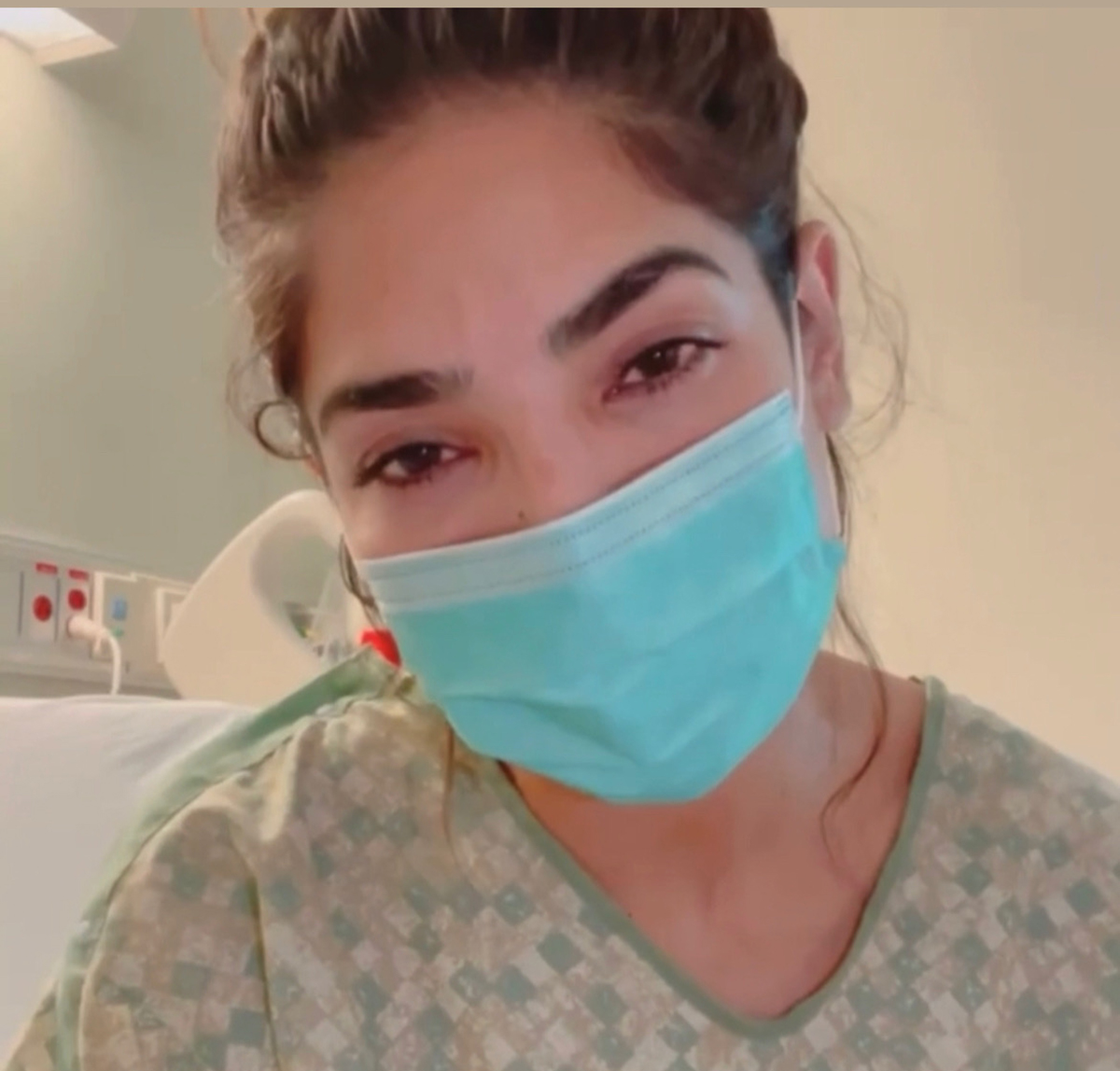 Less than 24 hours after it was known that she was hospitalized after experiencing partial paralysis of the face and loss of vision in her right eye, Alejandra Espinoza breaks the silence from the hospital: “I feel blessed to have so many people praying for me.”

From the bed of the hospital where she was admitted in Miami, accompanied by her husband, Aníbal Marrero, and her best friend, Elizabeth López, Ale took a few minutes to upload a video to her Facebook account and share the happy news that, after four days of nightmare, tonight or Friday morning at the latest, she will be discharged.

What happened? On American Post News, we will tell you. She confirms that her face went sideways and presented paralysis and partial vision loss. Since she entered the hospital, she has had different diagnoses: paralysis, stroke, and even multiple sclerosis, but thanks to God, all that was ruled out.

“I want to thank you because I know that you have sent me many messages, I am very grateful, and I feel very blessed to have so many people praying for me… These have been very difficult days, with a lot of stress and uncertainty… The only reason why I am making this video is because my neurologist just left and gave me very good news. I feel much calmer”, Alejandra began saying in the video she recorded to give the good news.

Alejandra promised that once she was home, she would make a video detailing everything she experienced. However, she shared part of her ordeal: “I am admitted here in the hospital as a patient who had a stroke. First, they admitted me as a patient who had paralysis. Then they ruled out paralysis… The neurologist thought I might have multiple sclerosis. My head was like, you have no idea,” Alejandra continued.

“Suddenly, my face went sideways. I arrived here at the hospital with facial paralysis… The doctors still can’t find out why that happened to me but thank God it is nothing like I mentioned. It was not a stroke. It is not, thank God, multiple sclerosis, which was what really had me very worried the last few days because suddenly, I was losing visibility in my right eye… I am recording this video because I am much better now. The tests came out perfect”, she explained.

Alejandra could not hide her joy, not only because she was better, but also because she was finally going to see her son Matteo, whom she missed the most and from whom she was never separated for so long.

Let’s remember that after Alejandra shared a photo where it was seen that she was in a hospital, it was ‘Despierta America,’ more precisely Francisca Lachapel, who communicated with Aníbal Marrero, Alejandra’s husband, and told him the following:

“For weeks, she has been feeling bad… Days ago, she lost a little visibility in one eye, and part of her right face was paralyzed. She had dizziness and a severe headache, and we immediately took her to the hospital. The doctors told her that she had a mini-stroke. They started doing a thousand scans and studies, but absolutely nothing came out. Everything was fine, contradicting the diagnosis… So they continue to do a thousand tests, so they can’t find out what it is. She is fine. Her mouth is a little twisted, she has lost a little visibility, she is resting, and they are doing three more tests to rule it out. We still don’t know what is wrong with her”.

To add more info in our Entertainment section, we contacted Elizabeth Lopez, Alejandra’s best friend, who was with her at the time, and she confirmed that the doctors had ruled out the stroke. Today, from Alejandra’s mouth, we know the happy ending.