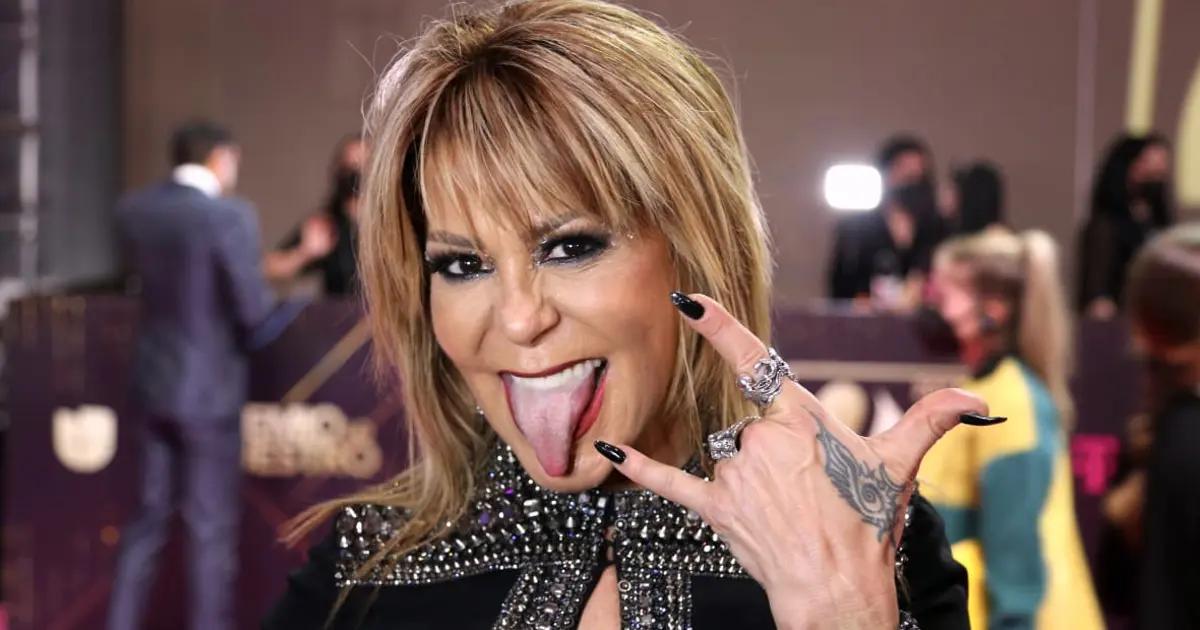 Alejandra Guzmán has been hospitalized in an emergency: The great Mexican artist and highly recognized Alejandra Guzmán much is known and talked about in 2022 about the various cosmetic surgeries she was undergoing, receiving hundreds of criticisms from millions of people due to the excess of them.

Therefore, the singer was hospitalized for a poorly performed aesthetic treatment, and her condition seems severe. They have made it known that the interpreter of ‘Rosas Rojas’ has been hospitalized as an emergency because another surgery will be performed. This time, they described it as urgent. Let’s see what it is about.

She goes through emergency surgery.

According to several media, Alejandra Guzman underwent buttock surgery about 10 years ago. However, now Silvia Pinal’s daughter has decided to take action on this surgery. But this procedure has been quite expensive for her.

Alejandra has not been able to get the results she has been waiting for, so she has decided on several occasions to remove the implants. According to Mexican journalist Ana María Alvarado of Imagen TV, ‘La Guzmán’ was reportedly admitted to a hospital in Mexico City on an emergency basis.

Alejandra Guzmán is hospitalized in an emergency: This is what happened to ‘La Guzmán.’

It was through the program ‘Sale el Sol’ that it was announced that Alejandra Guzman began to experience pain and discomfort in her legs. “Unfortunately, she already knows the process very well; when she feels bad and gets a high fever, it is a sign that polymer has accumulated again. This time it was in one of her legs. This operation was performed yesterday“, informed the Mexican journalist.

It was also reported that when a person begins to experience this type of discomfort, they have to undergo emergency surgery, which is how ‘La Guzmán’ is now under observation due to the discomfort she has been experiencing.

She came about unexpectedly.

As indicated by ‘Excélsior,’ the program journalists highlighted that Alejandra had not scheduled being intervened upon because she left unexpectedly after feeling some discomfort. “I cannot understand how the person who did this to him can be free,” they said.

“Yes, she was imprisoned for a while, and they released her, but how can these people who are ‘surgeons’ of lies dare to inject things into people that cause them so much damage?” Ana María Alvarado said through the program Sale el Sol. They also assured that they intervened in a hyperbaric chamber.

Alejandra Guzmán is hospitalized in an emergency: The fall suffered by the Mexican.

So far, no further details have been released about the singer of ‘Yo Te Esperaba,’ but fans hope that the artist recovers as soon as possible to continue her musical projects. Several weeks ago, Alejandra suffered a serious fall on stage,

The singer was giving one of her energetic performances at the Kennedy Center in Washington during the U.S. Hispanic Heritage gala. Still, just as she was performing “Mala Hierba,” the singer lost her balance and was left lying on the stage. And although many thought that the singer had a hip sprain, it was later reported that she was ‘all in place.’