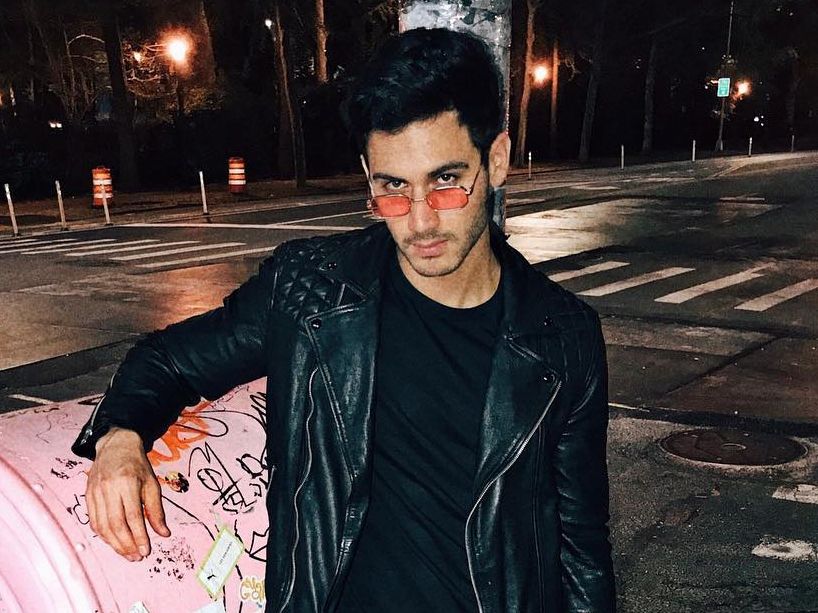 Alexander Speitzer joined the list of the most beautiful celebrities worldwide. The actor rubbed shoulders with stars like Harry Styles, Henry Cavil Y Timothée Chalamet. This year, Speitzer was the only Mexican representative in The 100 most handsome faces.

The top was organized by the magazine TC Candler. The positions are awarded according to the public vote, in addition, data from other media was recapitulated. The also model was placed in position number 79, surpassing personalities like Cristiano Ronaldo, Zac efron, Mario Casas and the musician Pablo Alborán.

The list was revealed through the magazine’s YouTube channel. In addition to mentioning their number in the famous top, it was also highlighted if they had been considered in previous editions, Speitzer appeared by two consecutive years. Although the interpreter in series like Dark desire Y Someone has to die He is the only Mexican representative in the top, this has not been the only participation of a native of the country.

In 2015, Diego Boneta He was considered the most beautiful face in the entire industry. Among other figures at the top of the top are Michael Fassbender, Taehyung, Jason momoa, Jungkook and Kjellberg.

Some of the celebrity personalities that shone this year were Michael B. Jordan, with his fifth nomination, Charlie Hunnam, Tom holland and the nine times considered David beckham. However, it should be noted that there was a significant presence of Asian pop stars such as Jin from BTS.

Finally the Burmese model Paing Takhon was crowned as the most beautiful face in the world in the 2021 edition. Currently the winner he is detained by the authorities of his country because he allegedly incited the expression of disagreement on social networks.

In recent days, Alejandro Speitzer alarmed his Instagram followers by posting a photograph where he is seen with a catheter in the right hand. The renowned actor spent his Christmas parties in a hospital in Europe. On December 26, Speitzer communicated in a story who was undergoing medical examination. “Merry Christmas,” wrote the model.

The actor in Ray of light he did not emphasize the reason that brought him to the health center. Some netizens speculated that it was some effect of the Christmas holidays. Currently, Alejandro Speitzer is working in several countries of the European Union. He primarily works as an ambassador for luxury clothing lines.

The young actor lived one of his most mediatic years. Not only for being recognized as one of the most handsome men in entertainment, but for having ended his relationship with Ester Exposito. The couple had been formalized in 2019 and they were one of the strongest.

Last June, the information that both they decided to separate and continue our separate ways. Despite the breakup, in October they were seen together again. It was the Platinum Awards ceremony, where they were jointly nominated for the Netflix series Someone has to die.

In addition to this series, Alejandro has acted in Dark desire, where he shared credits with Maite Perroni, and in Elite beside Danna Paola. During this year it was speculated if he would be involved in the bioseries of the deceased Vicente Fernandez. However, Jaime Camil was made official in the role of the Charro de Huentitán.

Alejandro Speitzer worried his followers by photographing in the hospital

Between landscapes and salsa: this was Alejandro Speitzer’s visit to Real del Monte

Alejandro Speitzer and his best photos on Instagram: this is how the Mexican actor looks around the world