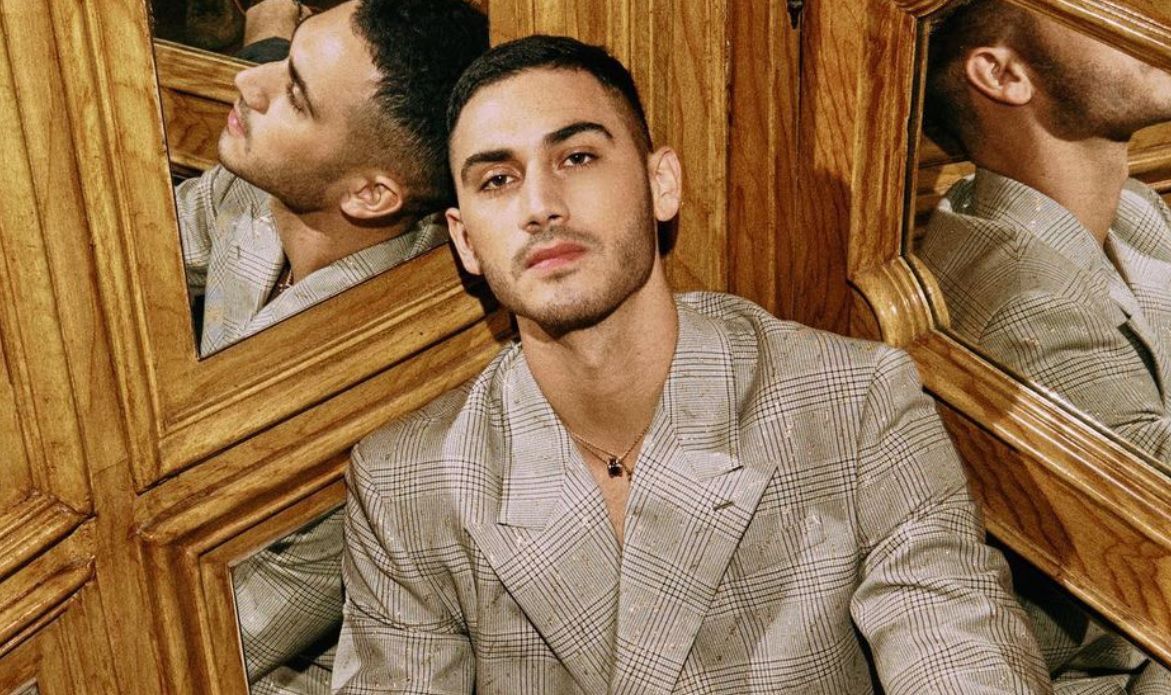 Alejandro Speitzer shocked his followers at Christmas time, after the young Mexican actor shared an image on his Instagram stories where he is seen lying down in a hospital room in Europe with a catheter in his right hand.

And it is that from the December 23 Alejandro Speitzer shared that he was in a hospital waiting roomHe even showed that he had token number 0437 and at some point the initials of his name, Alejandro Sánchez Speitzer, could be seen, although he did not give more details of his visit to the doctor.

However, it was on December 26 where through his personal account, Alejandro Speitzer shared to his more than 4 and a half million followers that he was at a medical center in Europe during Christmas: “Merry Christmas,” wrote the 26-year-old actor.

And although it seems that it was nothing serious more than just a Christmas holiday effect, The followers of the native of Culiacán, Sinaloa, were concerned on social networks about the health of the interpreter, since the actor of Ray of light He spent the holidays in the hospital and is away from his family.

It should be noted that for a few weeks, The Mexican actor is in Europe where he has carried out various work activities, mainly as an ambassador for Dior, Modelo, among other brands.

Alejandro Speitzer became in 2021 one of the characters that resonated the most on social networks from beginning to end, the actor started shocking social networks When last June it became known that he and his ex-partner, the actress Ester Expósito, ended their relationship, which had been one of the most influential couples in the show, since the end of 2019.

It should be noted that after several months apart, Last October, Ester Exposito and Alejandro Spritzer, met at the Platinum Awards where they were nominated for “Best Male and Female Performance” in the category of Cinematographic Miniseries / Teleseries for their work in Someone has to die.

On the other hand, after his break with the interpreter de Elite, The Mexican actor did not let himself fall apart and continued to add professional successes, such is the case of his participation in the second season of the production of Netflix, Dark desire where he shared staging with Maite Perroni.

Likewise, on September 9, it was announced on the evening program of TV Azteca, Ventaneando, that the young Mexican actor would be one of the protagonists of Vicente Fernández’s autobiographical series, Beautiful darling. And it is that Alejandro Speitzer would be the one who would interpret the singer during his younger years, including himself Vicente Fernandez Jr. supposedly he would have confirmed it by saying that he liked the attitude of the young actor.

“I like that the people who can be involved, as well as the production, do quality work for all the time that has been the success and affection of my father for his audience,” said Vicente Fernández’s eldest son.

Until now, the biographical series of the singer of Beautiful darling remains in pre-production. The creative team that will carry it out is unknown, as well as the artistic talent that will give body and soul to the most important people in Vicente Fernández’s life. Also, there are no statements from any platform streaming or television to host the series of Charro de Huentitán.

It should be noted that on December 12, 2021, Vicente Fernández died after spending 4 months in the Country 2000 hospital in GuadalajaraTherefore, the series would be a posthumous tribute to the life and work of the important Mexican singer.

In addition to Alejandro Speitzer, Jaime Camil would also play Vicente Fernández in his bioseries