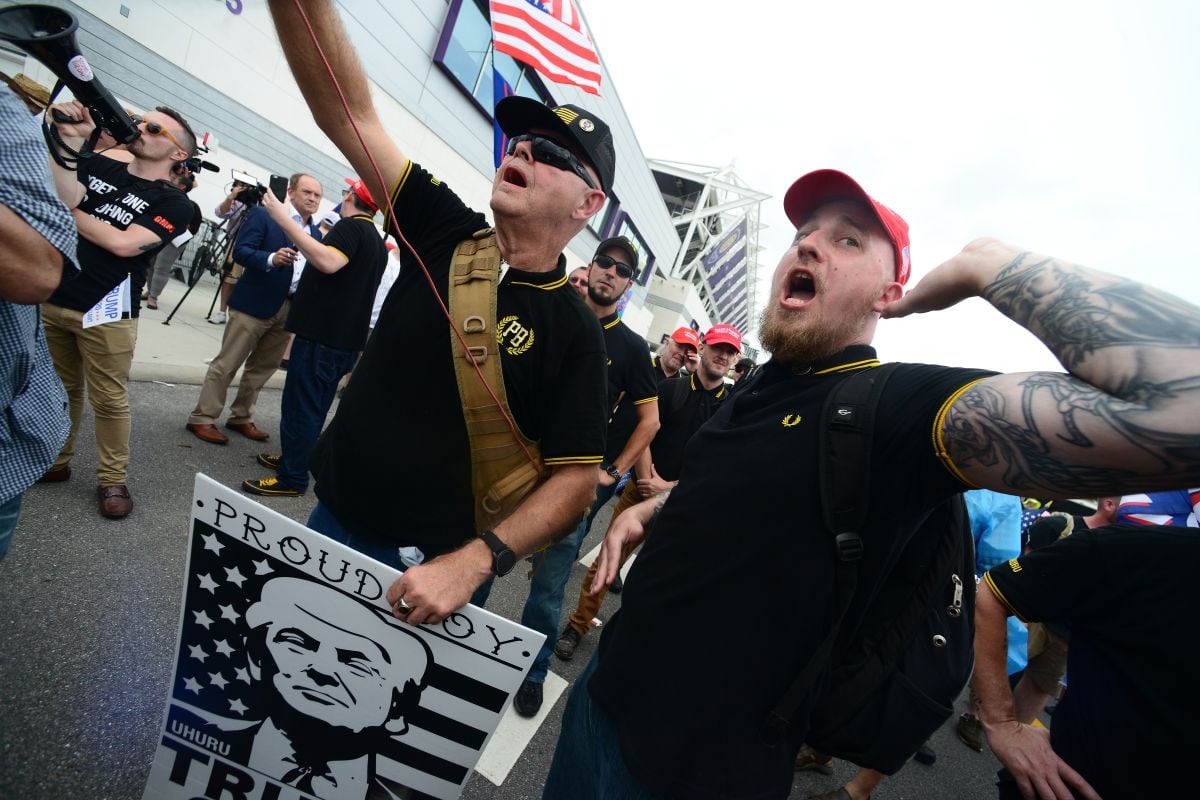 “Proud Boys”, an organization made up only of men that has been identified as a hate group by several civil rights organizations, met for the second time in a few months in a community on Long Island (NY).

The action prompted some residents, lawmakers and activists to call on local governments to take action to prevent far right “Proud Boys” return to Rockville Center. At this point, however, it is not clear what measures will be taken, he stressed. Pix11.

On Saturday the 21st, some two dozen members of “Proud Boys” marched through the streets of Rockville Center and left flyers at various businesses. A variety of residents recorded videos of the men using smartphones.

In one of the videos he recorded, one of the “Proud Boys” members points to a line on one of the flyers he was handing out that says his group stands for “anti-racism” and “anti-racial guilt.”

Alan Singer, professor of education and history at the Hofstra University who has researched and written extensively on racial history on Long Island, said the anti-racist claims of “Proud Boys” are not what they appear to be.

“His concept of antiracist is very different from what most people mean,” Dr. Singer said in an interview. “They are arguing that the United States is racist against white people.”

Both the state senator and the state assemblywoman representing this part of Long Island, Todd Kaminsky and Judy Griffin, respectively, publicly stated in interviews Monday that stop the “Proud Boys” from coming back.

Pix11 made multiple attempts to obtain comment from Mayor Francis X. Murray of the RVC United Party, but with no immediate response. The organization “New York Proud Boys” has also declined to comment.

In April last year, a “Proud Boys” leader accused of cooperating during the deadly assault on Capitol Hill on January 6, 2021, pleaded guilty to conspiring to obstruct Congress during the events in the legislative building led by supporters of the then president Donald Trump, who did not accept his electoral defeat against Joe Biden.

In February 2021, five men associated with the far-right group “Proud Boys” were arrested and charged with conspiracy for the assault on the National Capitol, in which Four civilians and a policeman were killed.

In the fall of 2018, Facebook and Instagram blocked “Proud Boys” after a street brawl with members of the leftist group “Antifa” outside a Republican Party club in Manhattan.