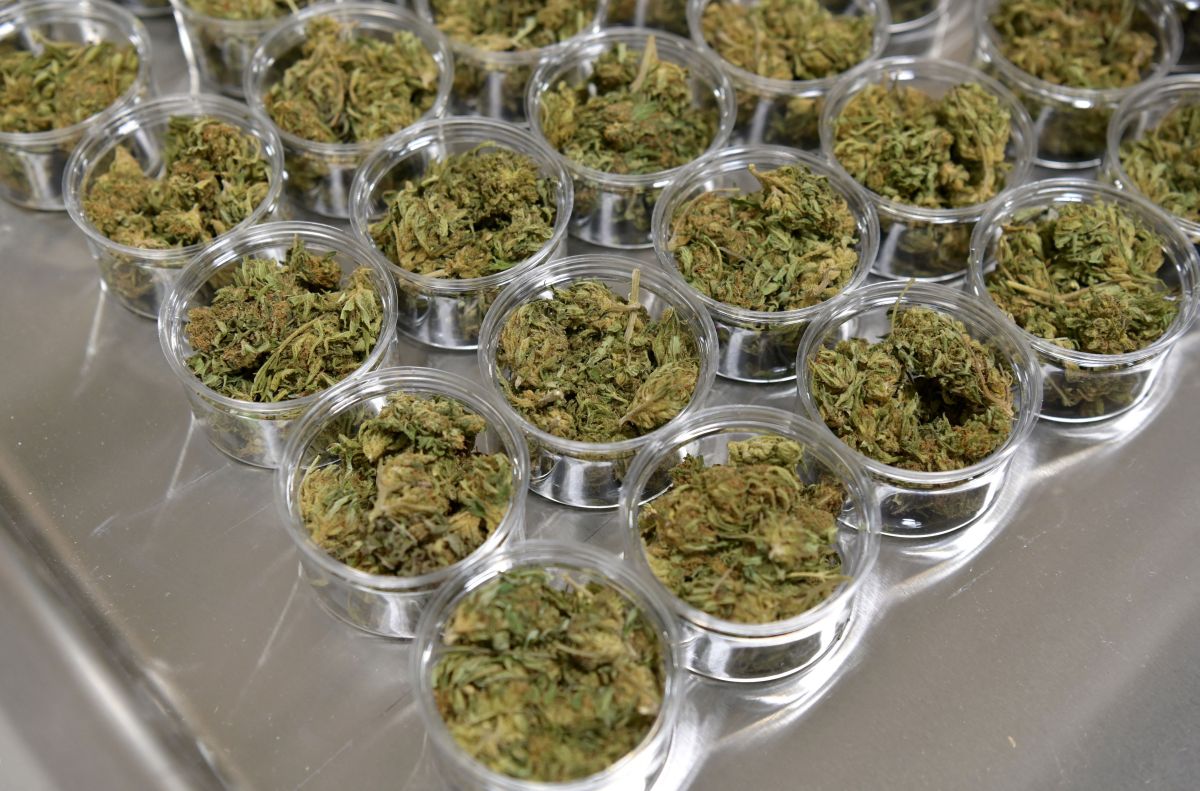 The State of New York legalized the recreational use of marijuana in 2021 and already this spring the window opens to grant distribution licenses and permits for weed growers, prioritizing communities affected by criminal records for cannabis possession. But beware! If you are an immigrant. You must take into account that this product is on the list of controlled substances at the federal level. In the same line of cocaine and heroin.

In fact, before the legalization in NY for the use of adults, some legal experts and advocacy organizations they have launched alerts to immigrants in two aspects: “If you can stay away from this new industry, the better!”. And if you’ve had problems in the past, with crimes related to marijuana, you should consult a trustworthy lawyerif you intend to apply for an adjustment of status.

Faced with this complicated dilemma, the Immigrant Defense Project (IDP) in a statement concluded that although “New York law seals or nullifies a conviction related to the possession of cannabis, may be insufficient to automatically prevent immigration authorities from use a prior conviction to prompt your deportation or deny an application.”

This organization highlights in a report that the “non-citizens” need to initiate a “special judicial process”to ensure that your old convictions are expunged, so that you can successfully address requests for permanent residences and even naturalizations.

In this scenario, the advantage offered by the Marijuana Tax and Regulation Act (MRTA) that was approved by the State Assembly, is that it includes “reparations” and procedures so that these crimes, in different categories, are erased in a valid manner so as not to eventually collide with federal immigration laws.

However, the consensus of spokespersons from various organizations that defend the rights of immigrants is that the most rational option is to consult legal services before submitting any request.

There are still risks of possession

In the analysis presented by IDP, although marijuana has been legalized in New York, it is not so throughout the country. And this brings with it another warning: “if you are found with this product during an interaction with the police, in another state where it is not legal, it will not matter if the marijuana was purchased legally in New York. You could face criminal charges or penalties.”

This situation also includes a trip to airports within the country, where routine inspections are carried out by federal agents of the Transportation Security Administration (TSA). Even if the airport is in a state where marijuana has been legalized.

In the New York jurisdiction, people now can own up to 3 ounces of this product under the Marijuana Tax and Regulation Act, or more, if prescribed by a physician. If someone is caught in possession with a portion greater than the allowed limit, could be convicted of a class A misdemeanor.

In the opinion of legal experts, in the very particular case of immigrants, “that conviction can be used as a basis for deportation.”he argued to local media MarieMark, IDP’s director of legal support.

Under federal law, a conviction for a controlled substance offense can be grounds for deportation, with the exception of green card holders who have been convicted of a single charge of possession of weed. for less than 30 grams.

For its part, the Legal Immigration Resource Center (ILRC) has also promoted the urgency that in the States, where recreational and medicinal cannabis has been legalized, more intense campaigns be promoted to guide the communities.

“State laws that legalize marijuana provide many benefits, but unfortunately they also they are a trap for unsuspecting immigrants. Believing that they have done nothing wrong, they can easily admit to officials that they have used it”, they highlight.

The firm and unrestricted recommendation of the ILRC, in a detailed legal statement released in May 2021, is that whoever is waiting for some regularization process to remain legal in the country, “preferably stay away from marijuana, until it is US citizen. If you really need medical marijuana, get a legal consultation.”

Work in the legal marijuana market

Since last March 15, the NY Cannabis Control Board, began the opening of the application process for licenses for the installation of dispensaries and approved the opening of applications for permits for farmers who will be allowed to plant cannabis in a conditioned and controlled manner.

Given the takeoff of this new legal industry, which is presumed to be very lucrative and job-generating, the regulations approved in New York give priority to these permits to entrepreneurs with a previous criminal offense, specifically related to possession of cannabis.

At this point, where an activity potentially generating thousands of jobs arises, another thorny element appears at the same time, put on the table by civil organizations: There are very clear antecedents, in which people in migratory regularization processes or who they aspire to be naturalized, for just working in this legally established industrythey have the possibility of colliding head-on with federal laws.

“Apply for a license to sell, cultivate, deliver or participate in a legal business of marijuana, because it is a product that remains a controlled substance under federal law, can have negative consequences for an immigration case. Even if it is a legal activity in a State”, ponders the Immigrant Defense Project.

For example, in November 2019, the case of Oswaldo Barrientos, a 30-year-old Salvadoran immigrantwho came to the US as a child and obtained his permanent residence when he was 13.

According to a series of newspaper versionsFor Barrientos, the process of becoming a citizen meant one more procedure. When he arrived for his interview with the immigration officer, his application was denied, for something that was not in his calculations: had worked at a company that grows marijuana in Coloradoan activity that for the purposes of that State, was absolutely legal.

For lawyers and activists consulted, this case that transcended the media, has not been the only one.

The immigration attorney, Maria Quirogawho practices in Washington DC and Nevada, where weed is legal before it is in New York, confirmed to El Diariofrom the experience of the private practice, the fears of the organizations: “I have had clients working in this industry and the first thing I have warned them, if they want to avoid problems, and even be deported, is that they have to stop that activity”.

The legal expert summarizes that for the purposes and interpretation of federal laws, regardless of state regulations, simply the applicant for residence or naturalization is linked to the sale and production of an illegal drug. And if that is detected, the consequences can be very extreme.

“When a state legalizes marijuana, many immigrants get confused and assume that they automatically have the freedom to use it and participate in its trade and cultivation. It is complicated because they generally pay very good salaries,” Quiroga analyzed.

A Barrier on Good Moral Character

In effect, the Office of Citizenship and Immigration Services (USCIS) indicates in an update of April 19, 2019, on its website, that “federal law classifies marijuana as a controlled substance” and adds that “its manufacture, cultivation, possession or distribution it can lead to a criminal charge and have immigration consequences.”

The agency maintains that “several states and the District of Columbia (DC) have enacted laws to decriminalize the cultivation, possession, distribution, and both medical and non-medical (recreational) use of marijuana in their respective jurisdictions.” But at the same time, it emphasizes that for federal law the use of “controlled substances, including marijuana, remains a conditional barrier to establishing good moral character (GMC) for naturalization.”

The other risk that legal experts put in “bold” is that immigrants involved in some way in the legal marijuana industrythey may face removal proceedings if immigration authorities detect that information when someone enters the United States, after having left for any reason.

In short, there is the possibility that a resident who works in the marijuana industry who goes on vacation to another country, you may have problems when you return to the United Statesif there is evidence that he participates in this business, so be it legally.

In short: What do legal experts advise immigrants?

A punishment that weighed more on blacks and Hispanics