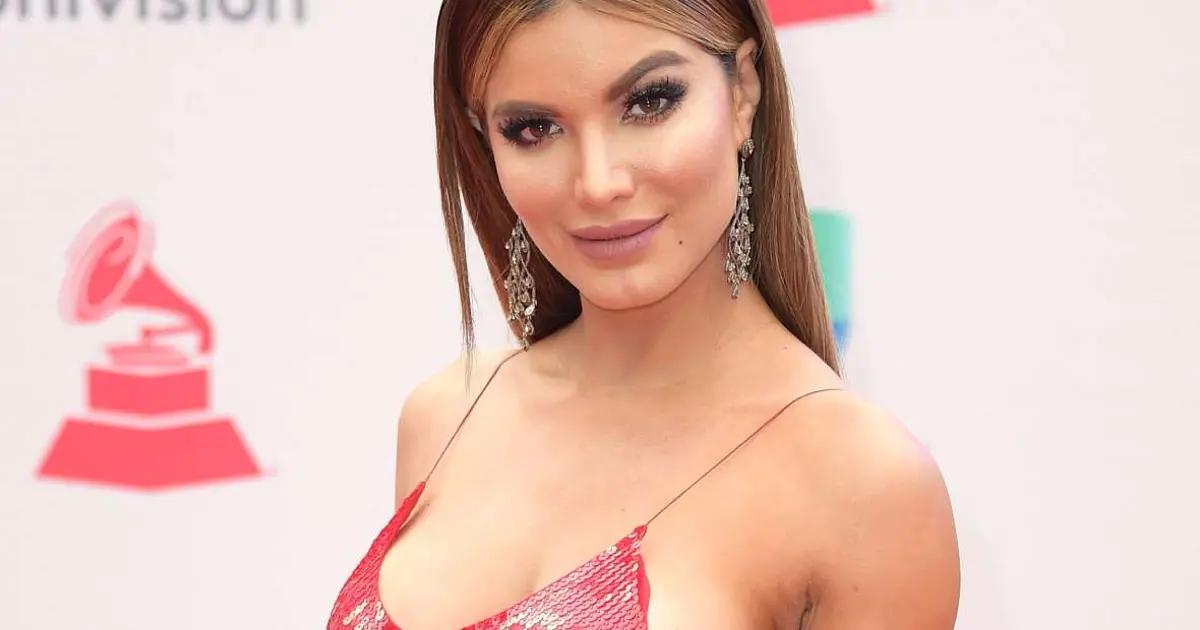 Aleska Genesis announced a perfume amid all the controversy surrounding her for allegedly doing ‘witchcraft’ to Nicky Jam, her ex-boyfriend, so he would only think and come back to her.

The Venezuelan model posted a video on her Instagram account where she is seen wearing a black outfit and playing in the water in the dark. In the video, she looks sensual before presenting her perfume in front of the cameras. “Black Heart. Woman fragrance by Aleska Genesis” can be read at the end of the video after the word ‘bad’ on a sparkling diamond.

A day before the launch, Aleska Genesis published a video that caused intrigue among her followers, who suggested that the alleged ‘witchcraft’ for Nicky Jam had been a publicity strategy. “It’s good gossip, isn’t it? If they think I’m crazy, witch, bad, boo, tomorrow will be better because they will meet the real bad one,” said the model in that video, standing in front of the mirror and putting on makeup.

After the launching of her perfume, many comments have been received: “That was the whole plot? Now nobody buys her perfume, lest she has a rare vai…”, “What is this worth? So much gossip for a perfume? Now it’s your turn to do witchcraft so that the perfume sells”, “I’m afraid to laugh and then she will do witchcraft to me too,” “It would have been better if you had kept quiet, so in a month nobody will remember it,” “They forgot to put the purchase link, is it a lie? What kind of false advertising is this?” and “Daughter, don’t start inventing low budget advertising campaigns that you are going to release perfume” were some of what her followers said to her.