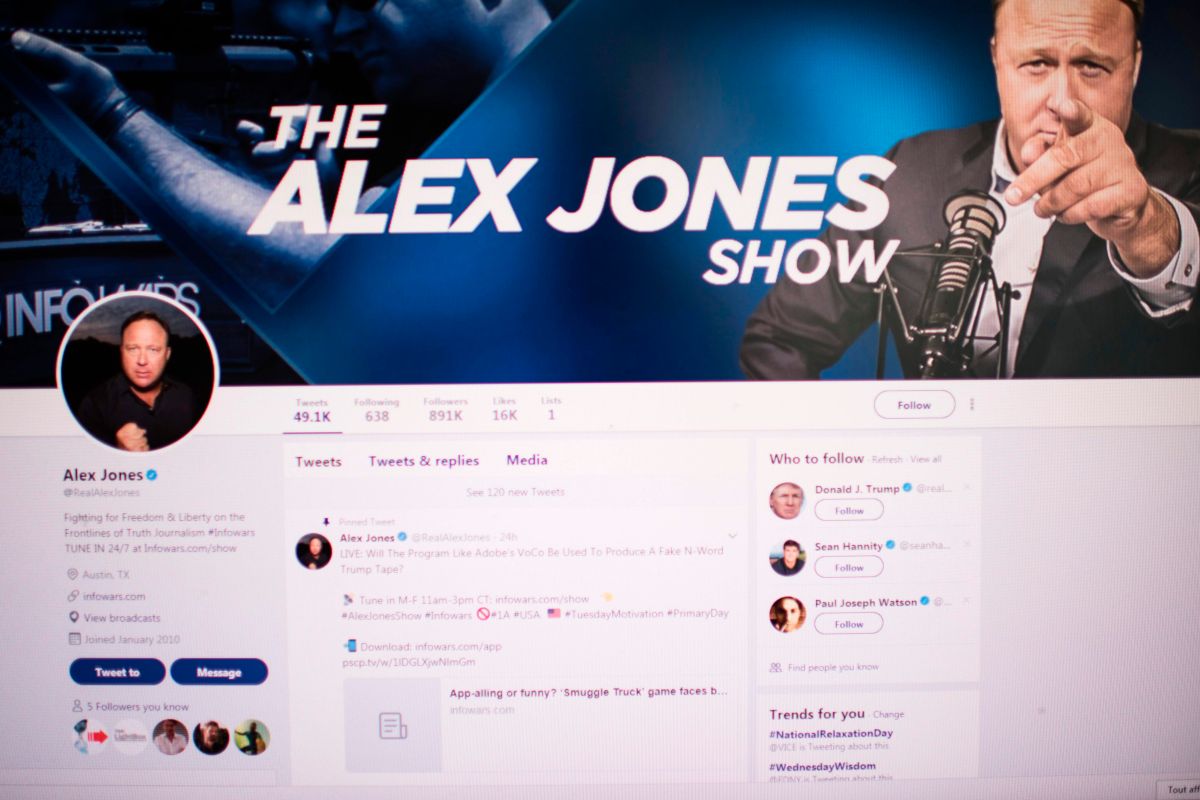 The call ‘conspiracy’ Alex Jones, owner of fake news site Infowars, will have to compensate the parents of the children who died in the 2012 Sandy Hook school massacre, for their falsas claims that the shooting had been a “gigantic hoax”.

Jones will have to pay a figure that has not been determined to the parents of the 20 child victims of the events, because according to Judge Barbara Bellis he did not “present fundamental information to prove his claims.”

This is the fourth defamation lawsuit that the man loses against the families, along with three others in Texas.

Spreading false theories, Jones had said about Sandy Hook that the shooting was staged by actors who wanted to eliminate the Second Amendment. He later acknowledged that the massacre did occur.

“As the court pointed out, Alex Jones and his companies have deliberately concealed evidence of their relationship to what they post and how they make money. Jones was given every opportunity to comply, but when he chose to hide the evidence for more than two years from the court, he was left with no choice but to rule as he has.

Although the sentence is a legal victory, the battle to shed light on how deeply Jones has harmed these families continues”Said the attorney for the plaintiffs families, Chris Mattei, in a statement.

Shortly after sentencing, the man said on his show that he was not given a fair trial. “Again, these individuals do not allow me to have a jury trial because they know that the things they say I supposedly did did not happen.” His attorney, Norman Pattis, stated that they plan to appeal the ruling.