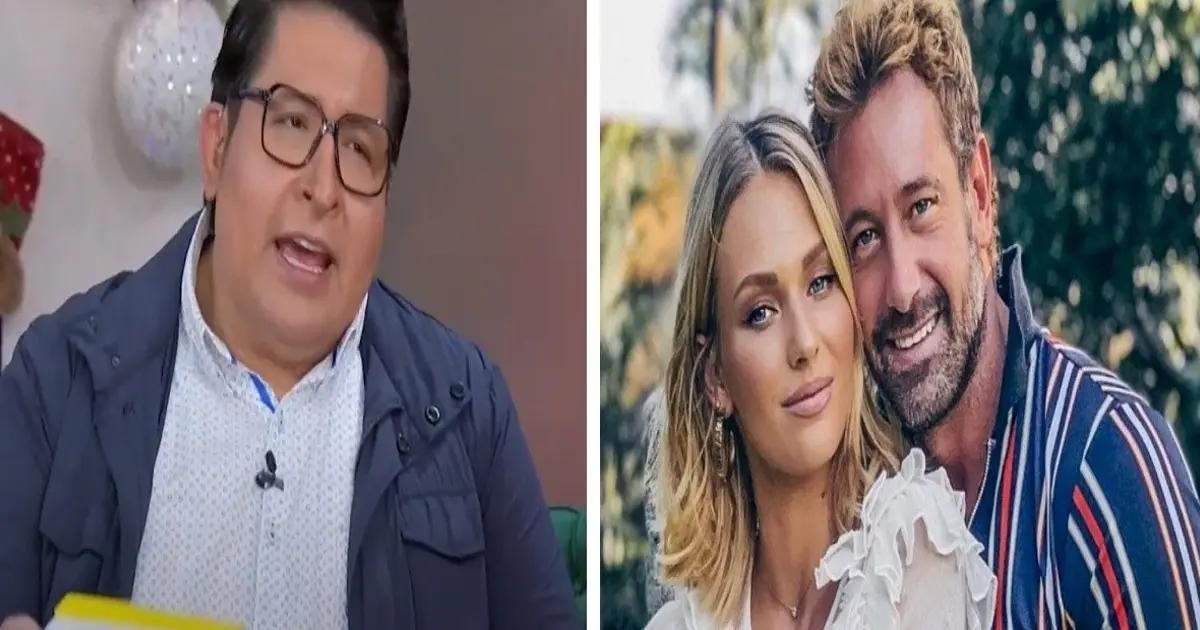 In a recent “Sale el Sol” broadcast, Mexican journalist Alex Kaffie claims that Gabriel Soto is cheating on Irina Baeva with an important actress. The strong rumors are increasing, and this time, the host of Imagen shared new details of the controversial relationship.

In this new broadcast, Alex Kaffie detailed that, although the controversial couple Gabriel Soto and Irina Baeva continue with their relationship, for the host, everything is a “set up” because, for some days, the 47-year-old actor has been seen as very friendly with actress Sara Corrales giving her expensive gifts.

And although the actors have confirmed nothing, Alex Kaffie in the program “Sale a Sol” shared shameless evidence where he assures that Gabriel Soto gave, once again, an “expensive perfume to Sara Corrales,” the host added, “I went to a place where they sell very exclusive perfumes, and I don’t know if it happens to them, but when you go to places you don’t stop practicing your profession.”

Previously, Alex Kaffie detailed that Gabriel Soto had also gone to the perfume department store a day before, so the good “journalist” decided to question the employee about which celebrities had gone to buy gifts, so he detailed that the employee let him know that the Mexican actor went to buy a perfume.

The employee of the perfume department store shared the information with the host that Gabriel Soto had selected a special perfume because “he was going to give it to a special woman,” Alex Kaffie said, “Well, well, what a surprise, two days went by, and suddenly I see that Sara Corrales uploaded a story with the perfume and put a heart with the words ‘thank you’ and orchids accompanied the perfume.”

Because of this, Alex Kaffie became suspicious, so he decided to publish it and discuss it with his followers on social networks, who also discovered new “clues” that would put in evidence the “secret” relationship that Gabriel Soto has with Sara Corrales. However, so far, neither Irina Baeva nor the Mexican actor has given statements on these new rumors.