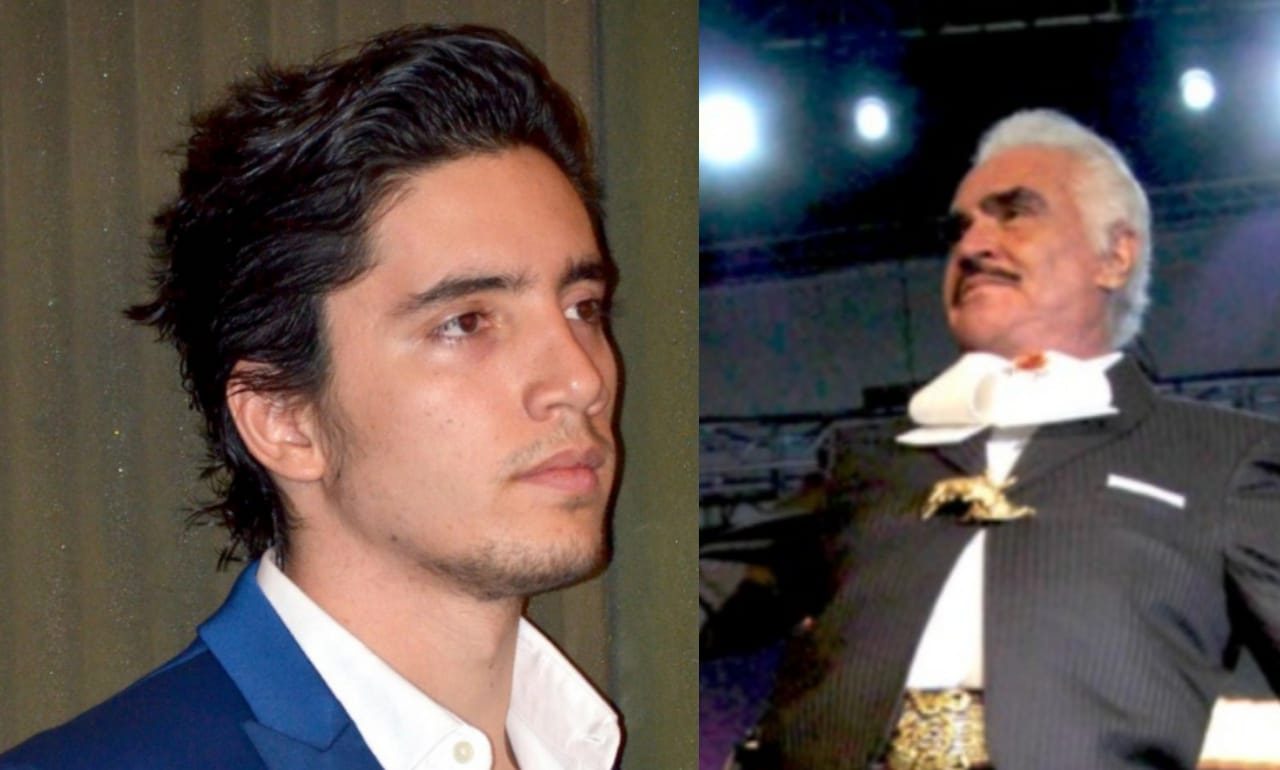 Son Alejandro Fernández wedding. For the Fernández family, the most important thing is the health of Don Vicente Fernández, who has still been hospitalized for more than a week where his life hangs by a thread, and anguish constantly invades his family and fans who are on the lookout for the singer’s health.

But it was his grandson who has given priority to the health of the Charro de Huentitán, since through his Instagram account, the son of Alejandro Fernández gave an unexpected news about his wedding with his partner Alexia Hernández, all to wait for your grandfather recovers.

And it is that Alex Fernández and Alexia have decided to postpone their religious wedding, because they are waiting for Don Vicente to leave the hospital so that he is present at the celebration of love. In his post, he emphasized that at this time the priority is for the family to be united and for his grandfather’s health to improve.

It is worth mentioning that the health of the “Charro de Huentitán” has been reduced in recent days, to the extent that different rumors of his possible death have come out, which have been denied by his relatives, but confirming that he is in poor health.

With a snapshot with his wife, Alejandro Fernández’s son shared with his fans the news of the cancellation of his wedding with his current partner Alexia Hernández. The foal’s son stressed that he does it for his grandfather, since he expects him to accompany him when he goes up to the altar.

“Love and life commitments are not postponed because they are carried in the heart, celebrations and events yes, that is why we have decided to postpone the date of the celebration of our religious wedding for the moment when my Tata can celebrate with us our love, as it should, as a family, together. Alexia and Alejandro ”, the post reads.

Son Alejandro Fernández wedding: “My Tata has always told us that the most important thing is to meet the public”

It is worth mentioning that a few days ago, Alex released the musical theme “Looking for oblivion”, and acknowledged that it was a very difficult moment, because on the one hand his grandfather was in poor health, and on the other, he had to release this song in the who had worked for a long time, according to El Universal.

“I am experiencing a very deep mixture of feelings, on the one hand the emotion of launching this new topic that was planned for a long time and on the other this family moment of prayer and concern for one of the most important pillars of my life. Following his teachings, my Tata has always told us that the most important thing is to meet the public and love our Mexican music, that is why today, despite everything, I present to you with all my love my new song Looking for El I forget. I hope you like it and that maybe it will enlighten us a little this difficult moment. I will be totally focused on our family but I hope to be with you very soon. Hugs”.

Immediately Internet users were present in the comments to show their support for Alejandro Fernández’s son, for the drastic decision he just made with his partner, to postpone his religious wedding, waiting for Don Chente to recover and leave the hospital.

“Better times will come”, “God always knows what the best moments are. Meanwhile enjoy the love you have. I love you “,” That is love, you will see that your Grandfather will be better and will accompany you in your celebration as he was in every moment of the lives of your grandchildren! Have faith that God handles things better than us and in due time “, were some comments.

Due to the crowds of people and the media outside the hospital where Vicente Fernández is hospitalized, the doctors decided that they will give a medical report on Monday and Friday to avoid possible coronavirus infections.

It should be remembered that the Charro de Huentitán has overcome several diseases in recent years, including prostate cancer in 2002, the removal of a tumor in the liver, in 2012; a thrombosis that made him lose his voice, in 2013 and a surgery to remove three abdominal hernias, in 2015, according to El Universal.

Son Alejandro Fernández wedding: Are they hiding the truth?

Previously, several rumors arose about the artist better known as ‘Chente’ who was admitted to the hospital the first week of August after suffering an alleged fall, something that his family members assured when interviewed. But apparently not everything is what it seems, since a source close to them indicated that the fall is not true and the disease he suffers was revealed and that it can leave him paraplegic, according to the Mag portal.

Recently both family members and doctors who have been monitoring the health of the Mexican singer, have reported an improvement in Don Vicente, since he has remained awake. But everything seems to indicate that the supposed fall was to cover what actually happens to the Charro.

Do you have a disease?

The version that his relatives handled before the media was that Don Vicente entered a private hospital in Guadalajara to undergo surgery after falling on his ranch one weekend, because the blow had damaged the cervicals near the skull, injuring the spinal cord, causing that lose mobility in your body.

But a source close to the Fernándezes assured the magazine Tv Notes that this information was false, as it ensures that the singer had never fallen, and his relatives preferred to hide that information. Supposedly the truth is that he was diagnosed with Guillain-Barré disease. Filed Under: Son Alejandro Fernández Wedding

“He could no longer move”

According to the version of the source that revealed this new disease, if it continues, it could leave the musical artist paraplegic. He also affirms that the relatives have not told the truth so as not to generate concern among his fans and the media that are aware of Don Chente’s health.

“On August 6, he lost mobility, but days before he had said that he felt strange, that he had no strength in his hands, feet and legs. As he had just left the hospital due to a urinary tract infection, the family thought that he had lost a little strength and that as the days went by he was going to recover it, but things got worse every day. On the morning of August 6, he could no longer move, that is why they called an ambulance and the martyrdom began there, ”the source told Tv Notes magazine. Filed Under: Son Alejandro Fernández Wedding

The Jr. comes out to deny the information

In an interview with Gustavo Adolfo Infante, broadcast on De Primera Mano, Vicente Fernández Jr son of Charro de Huentitán came out in defense of his father and denied the source’s words, assuring that his father has made great progress in recent days.

“I reject the magazine TVNotas who came out to say that it was a lie that he had operated and fallen. He fell and injured vertebra three and four, he did not fracture, they moved his place, they operated on him to correct because he was tightening the spinal cord. The marrow became inflamed and with the operation even more so, we are waiting for the marrow to deflate ”. said Jr. Filed under: Son Alejandro Fernández wedding

So far, no swimming has been confirmed regarding this Guillain-Barré disease that the singer Vicente Fernández supposedly possesses. It is worth mentioning that this syndrome causes inflammation in the nerves, which causes paralysis of the entire body.

According to information in the media, the nerves cannot send signals to the muscles, thus they lose the ability to respond adequately to the orders of the brain. The result is a total paralysis of the human body, being the possible disease that Don Chente has. Filed Under: Son Alejandro Fernández Wedding