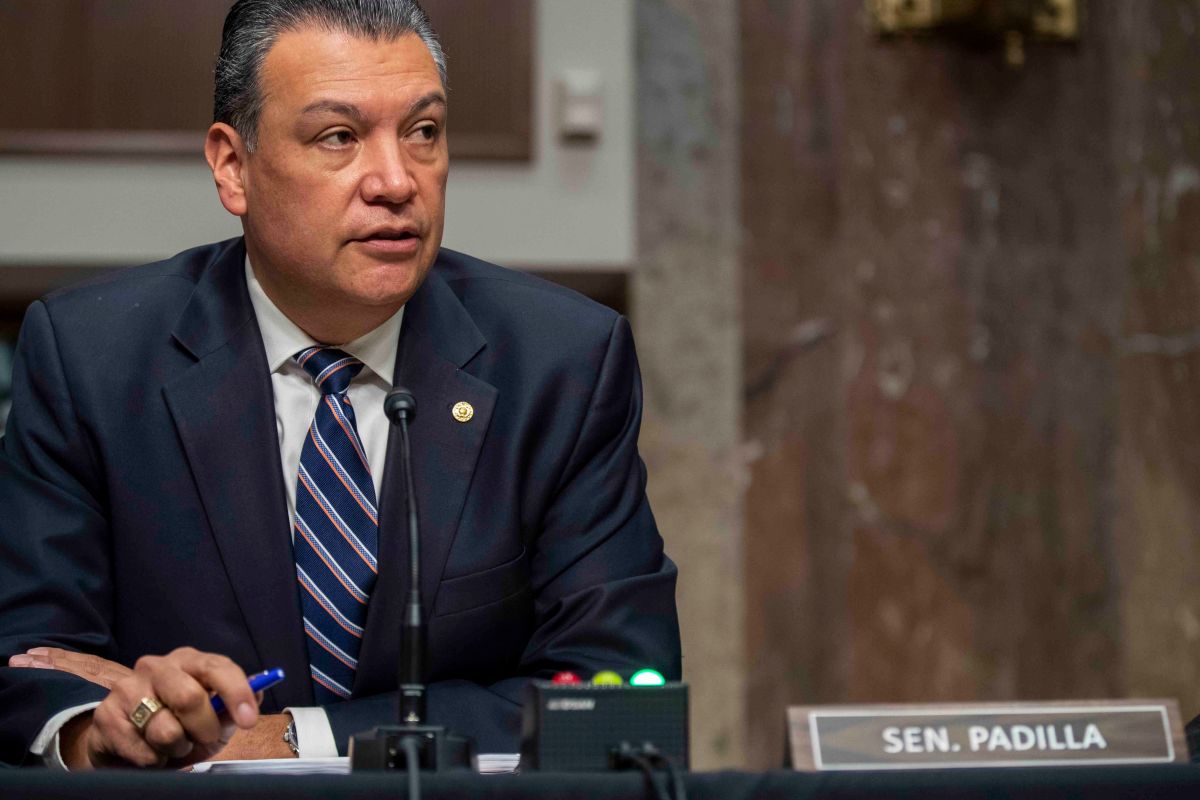 Senator Alex Padilla is proud of the work he has done in his first year in the United States Senate, but says there is much more work to be done.

For this reason, Padilla hopes to be re-elected as a United States Senator representing the state of California.

The son of Mexican immigrants, said that one of the first projects he worked on when he came to the Senate was the American Rescue Plan. Financial aid reached families, small businesses, state and local governments, including school districts during the worst times of the COVID-19 pandemic.

“Last year, we also passed the bipartisan infrastructure bill, which is investing billions in infrastructure, but not just by spending money, but by making a lot of strategic investments that also address the climate crisis,” the 49-year-old Padilla added.

He said that in this project he takes pride in two elements that he introduced. One is the “Power on Act”, which calls for providing financing to utilities to improve the resilience of the power grid. And the other is “Clean Commute for Kids,” which uses federal dollars to help school districts replace diesel school buses with electric school buses.

If re-elected, Padilla said that among his priorities is continuing to advocate for fair and comprehensive immigration reform. He seeks a path to citizenship for immigrants like Dreamers, farmworkers, all essential workers, and all immigrants who have made a positive contribution to the country.

“In California, we have several pretty good and convenient ways for eligible voters to register and cast their ballots. But the right to vote is under attack in other states of the country. So we need federal protections,” Padilla said.

The senator, a native of Pacoima, said Congress should be ashamed that nothing has been done to improve security when there are many common-sense solutions.

“Whether it’s banning assault weapons or banning high-capacity magazines, whether it’s improving background checks or instituting red flag laws, we have to do something,” Padilla recommended, asserting that this issue hit him deeper since his three Their children are similar in age to the children killed in the Uvalde Texas massacre on May 24.

“I am proud that we in California have taken the lead at the state level [en el control de armas]But we need smarter federal policy to protect the entire country.”

In Search of the Latino Vote

In these elections, voters will see Senator Padilla’s name twice. This is because he will be running to finish the term where he replaced Vice President Kamala Harris, which is until January 3, 2023.

The second vote is for him to start a new term, fully elected by the voters and without appointment, which runs from January 3, 2023 to January 2029.

Padilla said he hopes voters will elect him again not only because he is Latino but because he is proud to be a voice at the federal level on all issues affecting Latinos.

“From immigration reform, investment in public education, protection of the environment, access to health care and much more,” said Padilla.