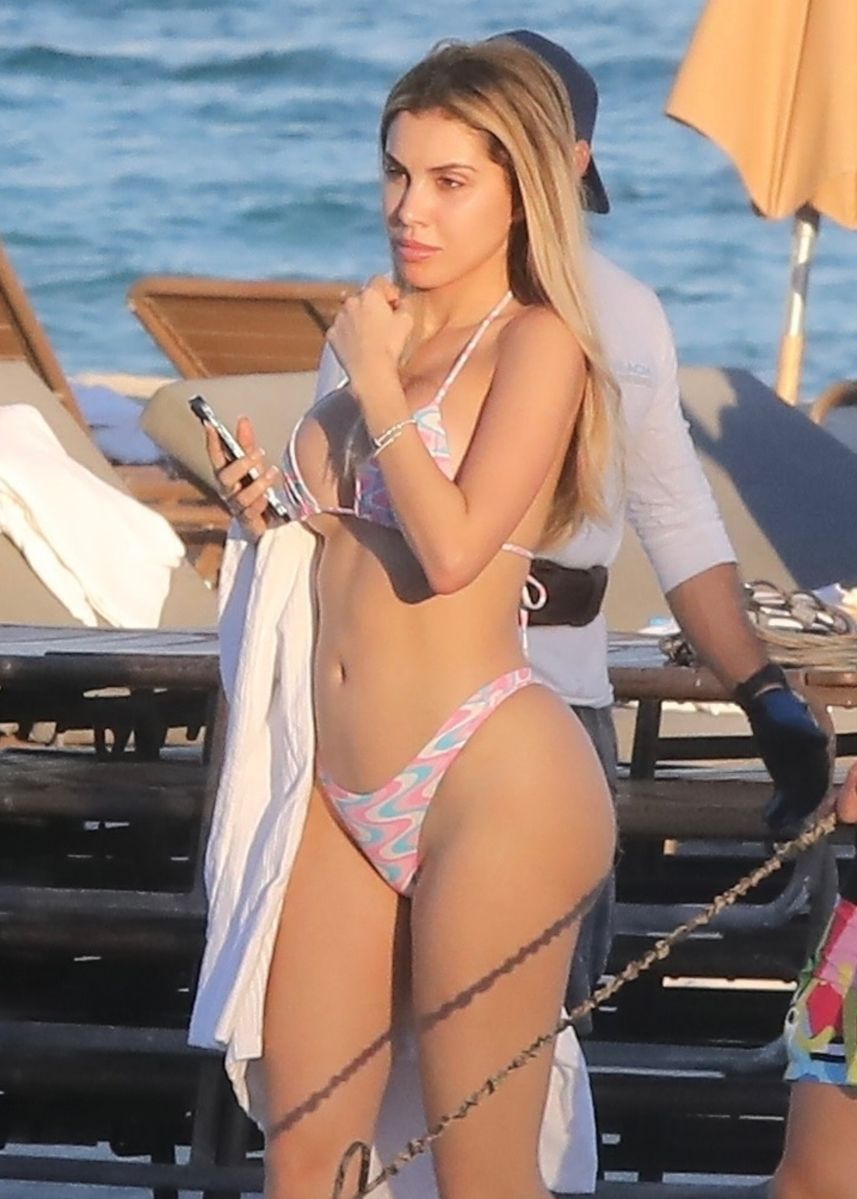 The model Alexa dellanos has left his millions of followers with their mouths open after some sensual images of her day at the beach were leaked. In them she has delighted her fans with the tiny bikini she wore.

And it is that the blonde does not stop captivating with her shocking sensuality wherever she is and this time was no exception, and has been captured by the lens of a skilled paparazzi.

The daughter of the radio and television presenter Myrka Dellanos was seen accompanied by her pet Truffle and her boyfriend Alec Monopoly, while walking along an exclusive beach in Miami.

The couple was photographed while taking a walk with the influencer’s little pet. She has been showing off her curves like never before, in a tiny bikini with a pink print, and no drop of makeup, enhancing her natural face beauty, to the delight of her fans.

Just a few days ago, the voluptuous model raised the temperature of her Instagram account when she posed from the top of a terrace with a strapless white dress that could barely contain her charms.

The also DJ has just arrived from a recent trip to Dubai, where of course she has been seen visiting the best beaches, locations and most exclusive parties. She has shared the best moments on social media for all her fans who do not stop praise her fantastic curves.