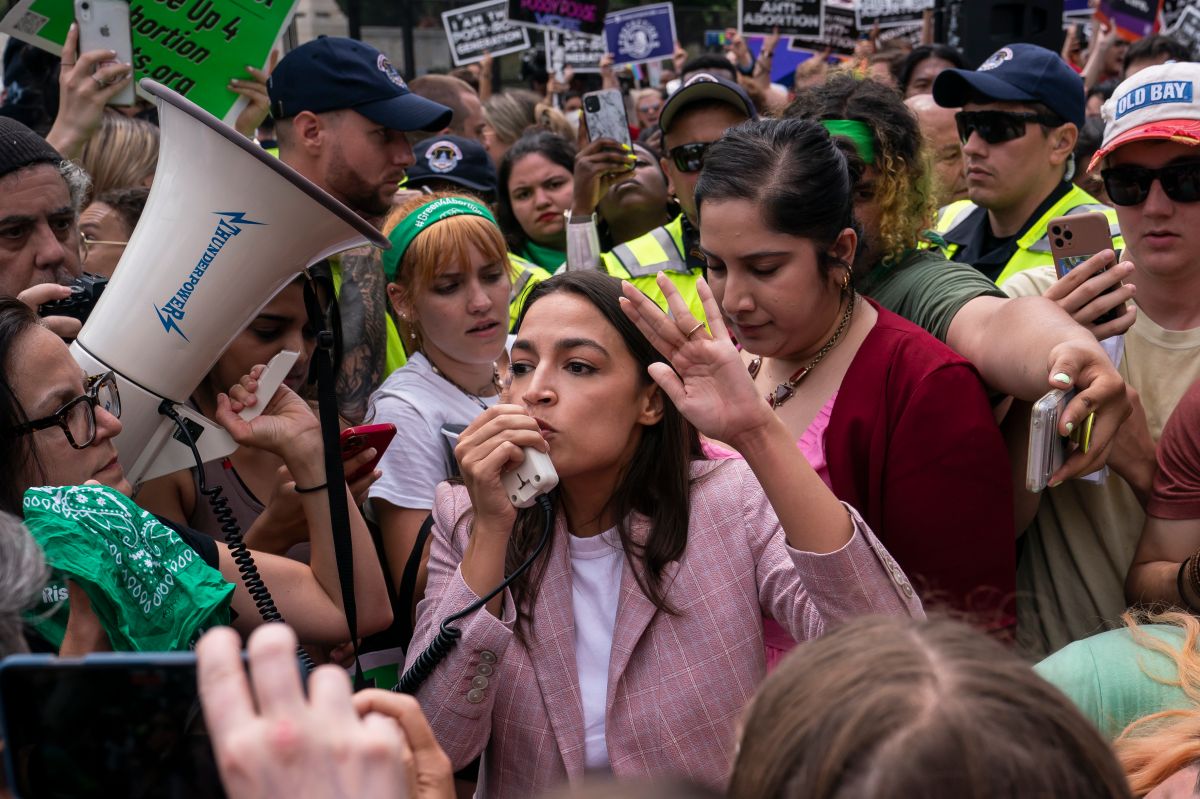 Democratic Rep. Alexandria Ocasio-Cortez said there should be “consequences,” including impeachment, for Supreme Court justices who lie about their positions during Senate confirmation hearings.

The comments come amid allegations that Justices Brett Kavanaugh and Neil Gorsuch lied to Senate members about their positions on Roe v. Wade at the judges’ confirmation hearings.

“There must be consequences for such a deeply destabilizing action and hostile takeover of our Democratic institutions,” Ocasio-Cortez said on NBC News’ “Meet the Press.”

The interviewer asked him if he considers that it is an imputable crime.

“I think so. I think. I believe lying under oath is a chargeable offense,” the New York state representative responded.

“And what makes it particularly dangerous is that it sends a blaring signal to all future nominees that they can now lie to duly elected members of the United States Senate to secure nominees’ confirmations to the Supreme Court.” manifested.

“I think lying under oath is an impeachable offense,” he added, referring to Justices Gorsuch and Kavanaugh. “I believe that violating federal law by not disclosing the income of political organizations, as Clarence Thomas did years ago, is also potentially an impeachable offense. I consider that not recusing cases in which one clearly has relatives involved with very deep conflict of interest violations are also imputable crimes.”

Testimony from both justices at their confirmation hearings was presented by Senators Joe Manchin and Susan Collins following the Supreme Court’s order to overturn Roe v. Wade, a historic decision that legalized abortion in the United States.

Manchin, a Democratic senator from West Virginia, and Collins, a Republican senator from Maine, voted to confirm Kavanaugh and Gorsuch, candidates for former President Donald Trump, whose rise to the Supreme Court helped establish a 6-3 conservative majority. Both senators said they felt cheated.

“This decision is inconsistent with what Justices Gorsuch and Kavanaugh said in their testimony and in their meetings with me, where they both stressed the importance of upholding longstanding precedents that the country has relied on,” Collins said in a statement. .

For his part, Manchin had this to say: “I trusted Judges Gorsuch and Kavanaugh when they testified under oath that they also believed that Roe v. Wade was an established legal precedent, and I am alarmed that they chose to reject the stability that the ruling has brought to two generations of Americans.”