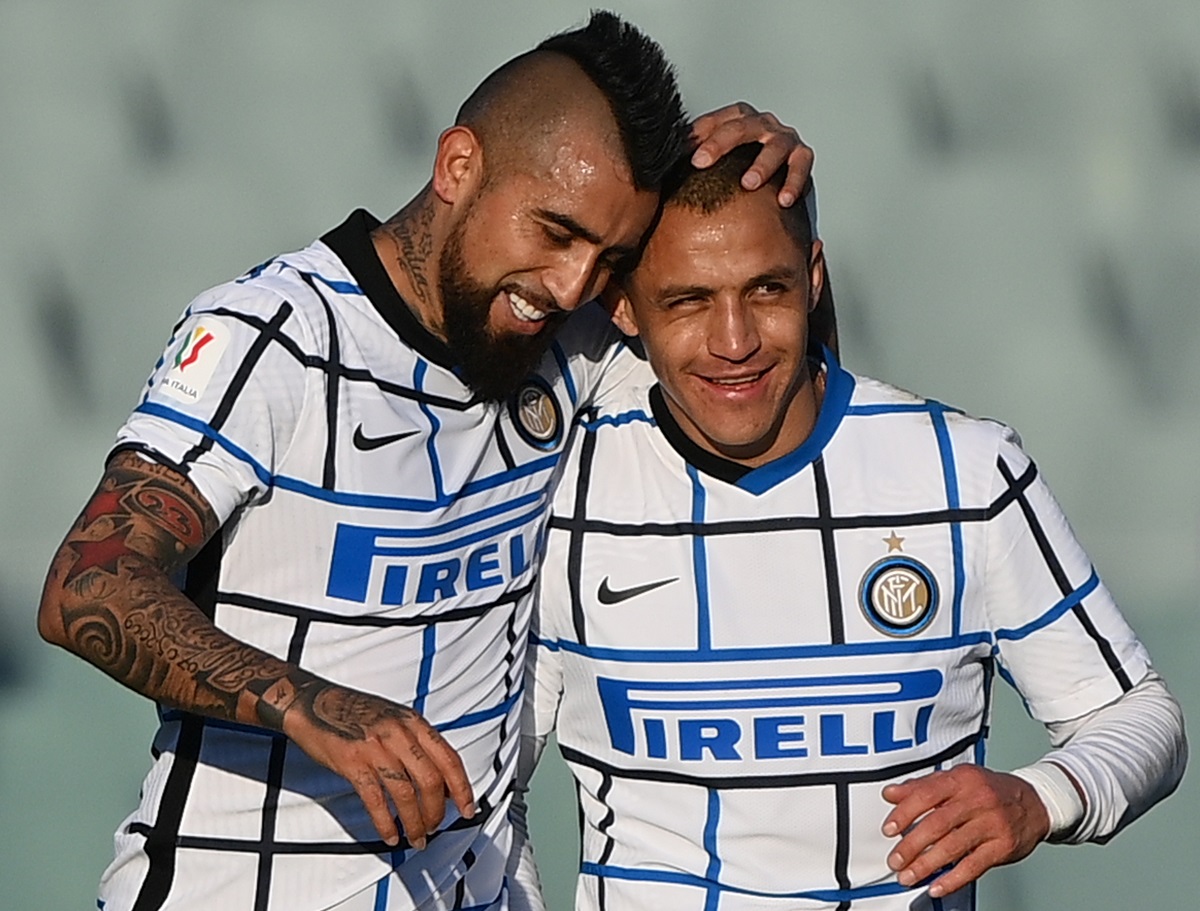 Inter Milan is currently fighting to retain its Scudetto in Serie A and is one win away from reaching the Coppa Italia final. He also begins to plan his next one and several names have already been revealed that would leave the ranks of Neroazzurro.

The Gazzetta dello Sport published a list of six names that would stop wearing the black and blue shirt and the Chileans lead it. In that sense, Alexis Sánchez and Arturo Vidal would end their internships at the club at the end of the campaign.

Their high salaries and age (33 and 34 years old, respectively) are characteristics that force Inter to make changes to their payroll.

Of all of them, Alexis is the one with the best season by playing 30 games (9 starts), scoring 7 goals and giving 4 assists.

The Chilean striker’s last goal was to prevent Inter from falling to Torino the previous day. Vidal has also raised his level in recent weeks, but not the other players mentioned who hardly see any minutes so far this year.

Also, the aforementioned media announced that the Lombard club closed the transfer of goalkeeper André Onana, who is a member of Ajax in the Netherlands.

You may also like:
– Cristiano Ronaldo commands the squad list with which Portugal will seek its ticket to the Qatar 2022 World Cup
– Vicente Del Bosque throws flowers to the Barcelona coach: “I see Xavi well, he had a vocation as a coach”
– El Clásico in black: Real Madrid presented its special uniform to receive FC Barcelona [Video]