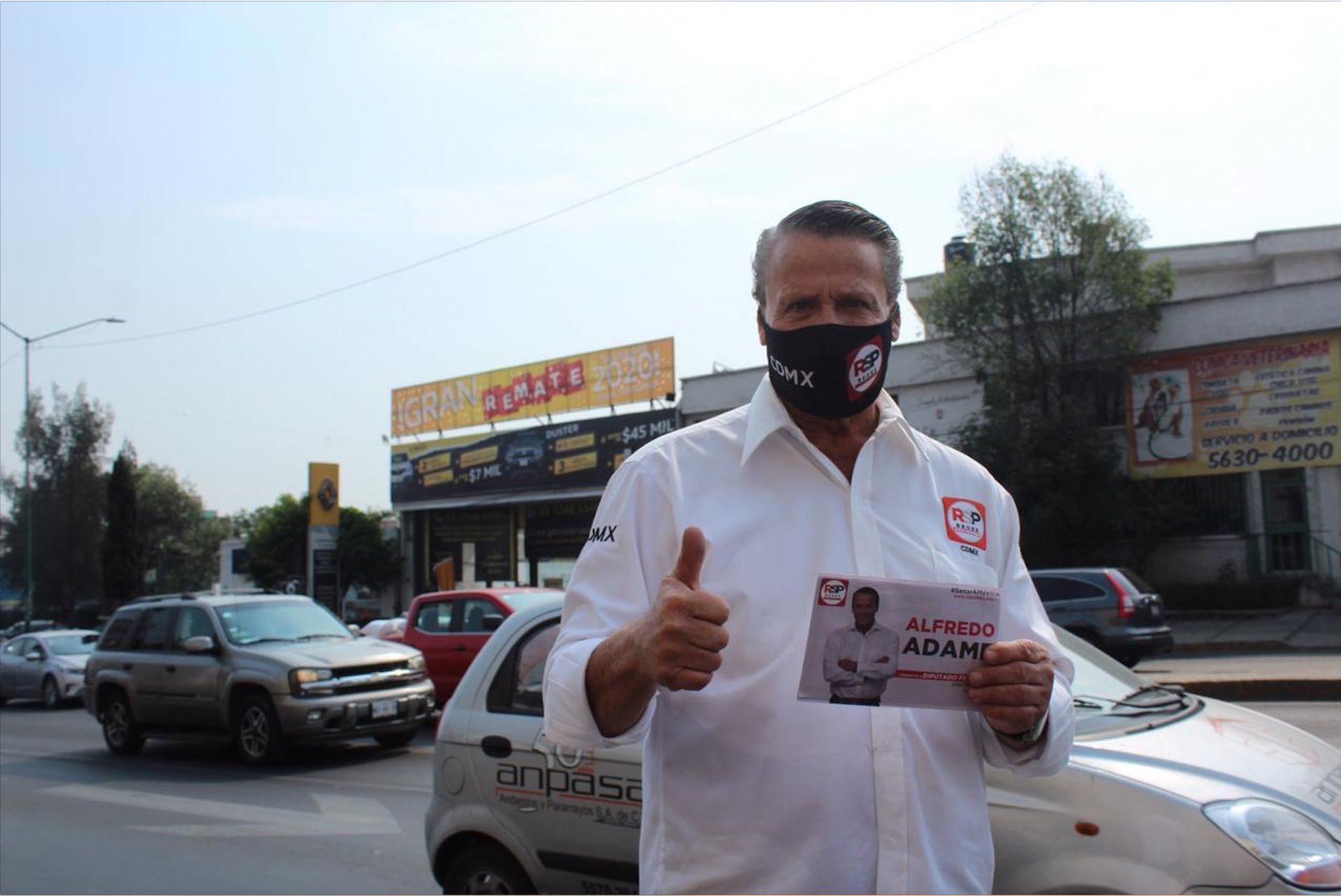 After failing to be a deputy in Tlalpan for the Progressive Social Networks (RSP) party in 2021, Alfredo Adame made it known that he is interested in contending for the Mayor of Coyoacan in the 2024 elections.

The controversial actor revealed that after having failed in the 2018 and 2021 electionssince he did not manage to be a federal deputy or mayor of Tlalpan, he is willing to contend againbut since Coyoacan.

Adame assured that in the 2018 elections the mayor’s office was “stolen” from him, since supposedly he would have won it against Patricia Elena Aceves Pastran. Likewise, he defended that his ex-sister-in-law, Rocio Banquellsobtained her position as a federal deputy for having “bought” votes with pantries.

“In 2018 I won the mayor’s office and it was stolen from me. Now I was 59 points against 2 points 75 of the one who won and they beat me, why didn’t I win? because they put the ticketthe pantries and all that stuff, the vote buying”, the actor attacked.

And it is that the campaign of Alfredo Adame, with which he sought to become a deputy for the 14th District, was full of controversy, since he not only insulted his opponents in public, but alleged audios were leaked where he claimed that he was going “to ching*r” 25 of 40 million pesos that the party, created with the financial help of Elba Esther Gordillo, would supposedly give him for his elections.

Despite the fact that the presenter also assured with Golden Scorpion that he was the one who was winning in the polls during the election campaign, at the end of the count it was recorded that he had obtained less than 1% of votes, while his sister-in-law who was going for the coalition PAN-PRI-PRD, 39%.

When the sister of Mary Paz Banquells had won the deputation with a good percentage of votes, lashed out at her saying: “She is a false woman, she is a dishonest woman, she is the lambiscona woman, she licks boots, licks eggs, that is what Rocío is (…) Fraudulent, liar, mythomaniac”.

During the video of Golden Scorpionalso spoke about the scandals he has been involved in with colleagues from the world of entertainment such as Laura Bozzo, Gustavo Adolfo Infante, Carlos Trejo and plantainbut had special emphasis on exploiting against Chumel Torres. As he said, the presenter of the Republic Pulse he usually speaks ill of him.

“Do you know who is the one who speaks ill of me? that whore of Chumel Torres. Like a good dwarf, fucking self-conscious dwarf (…) He’s a whore, a fucking whore, and the other two guys who go out with him are whores. Pinch * self-conscious dwarf”, said the actor.

Adame’s insults gave rise to Internet users on social networks making fun of the situation with memesbecause some assured that Torres is a young version of Carlos Trejo.

Throughout the video, Alfredo also recalled his brawl in public with a woman, because not only did he give a short class on the fighting techniques with which he defended himself, but he also said that if a video of him with a weapon that day, he assures that it is a toy gun and it does not belong to you.