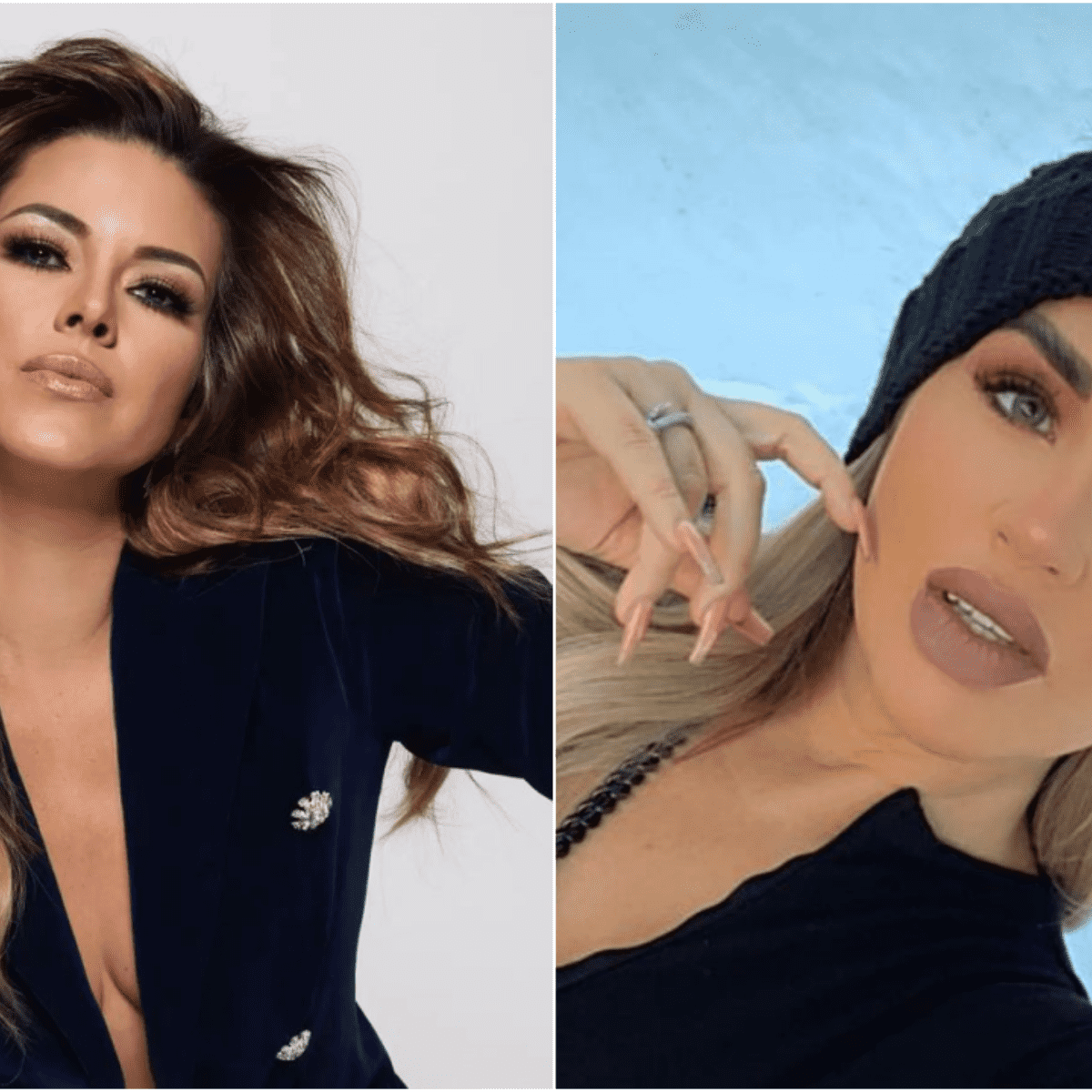 Alicia Machado 45 years old and Mariana Gonzalez of 38 paralyzed social networks, this after having posed together during the Premios Más gala, where several artists met, during the event both women ran into each other, for which they decided to take the photo of the memory that delighted everyone.

In the photo you can see the two women with their spectacular dresses, and as expected, the girlfriend of Vicente Fernández Jr, showed the admiration she feels for Alicia Machado who has managed to handle the most difficult situations of her life, because she came out ahead alone with her daughter.

They were in the stories of the Mexican businesswoman where Alicia Machado can be seen hugging her very happily, as it is well known that the former Venezuelan beauty queen is in love with whoever, but she also has her character which she shared in La Casa de Los Famous, where the public met her as she is and was amazed at her personality.

“Thanks to #PremiosMas for recognizing my work during 2021. Today was a very special night with very dear people, great colleagues who came together to celebrate the best of the year that ended @laurazapataoficial @antonio.mauri @ortizscarlet @yulburkle @danielferrerc thank you @luchoborregoc,” wrote Alicia Machado.

Another thing that the beautiful woman said is that her beauty is still impeccable, because as you already know, she recently decided to lose weight to get in shape, so the dress she wore full of crystals looked incredible, as well as good model walked extraordinary when he collected his award.

According to the also actress, this year is just beginning for her, because new projects are coming for her career which have not been revealed, but the public wants to know about them, because they want to see her in some soap opera or at least in another reality show like the one already mentioned above where first place was won.

It should be mentioned that Alicia Machado is currently a single woman, so she prefers to enjoy this stage by working and paying attention to her daughter, who will soon be 15 years old.

Read more: La Bebeshita steals the show in MasterChef Junior as the nanny