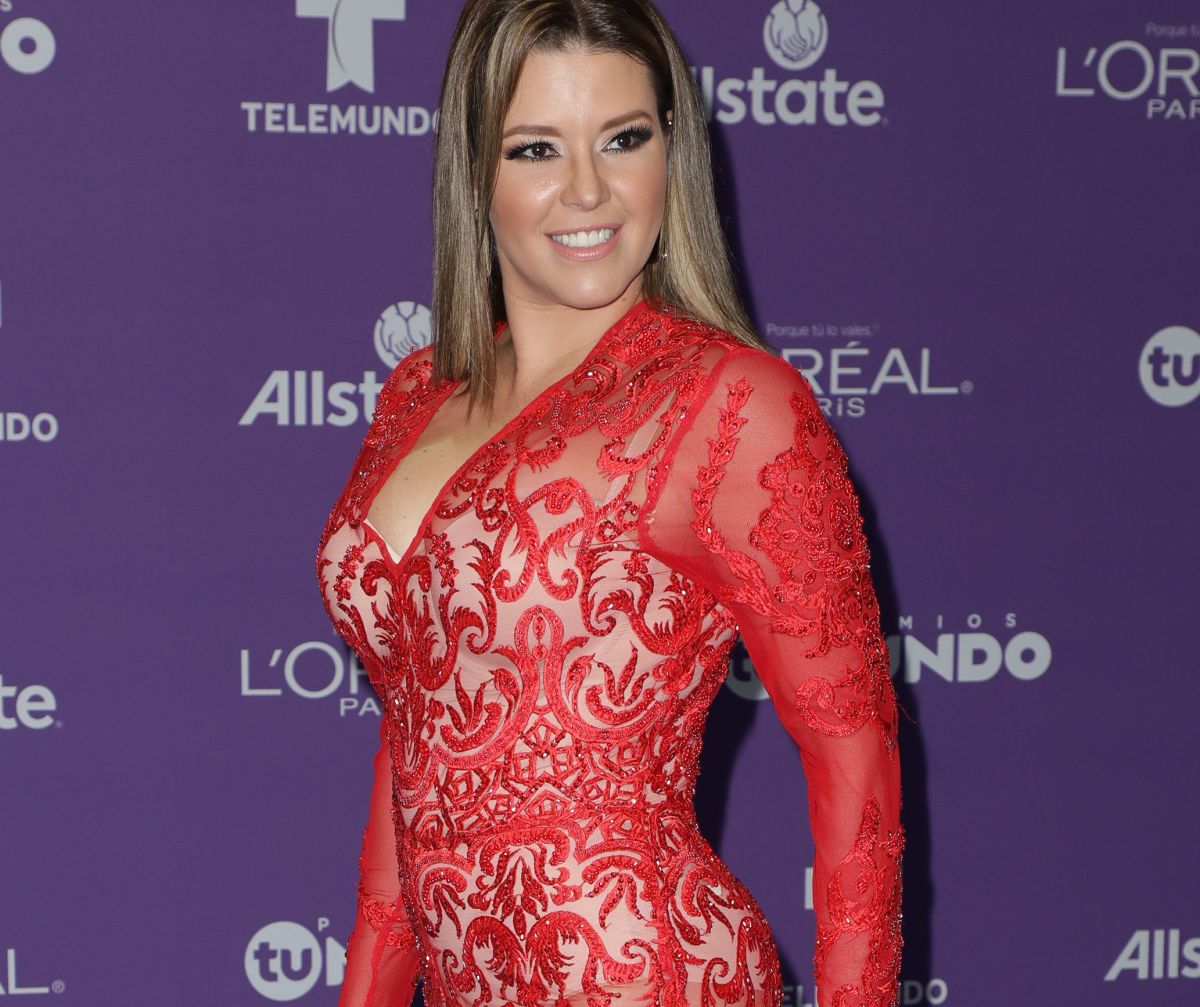 Alicia machado continues giving what to talk about and is that this time the Venezuelan She repeated the feat of wearing a transparent dress again, but this time she showed her minimal thong and her new body, having lost nearly 30 pounds while staying at The House of the Famous.

A few days ago, the Venezuelan Alicia machado she did a photo shoot where she stood on her tail and danced showing off her much slimmer body. Well, the former Miss Universe continues to make it clear why she is one of the most beautiful women in the world. Posing in front of a mirror, Alicia Machado showed all her explosive figure with a transparent dress with stone details. The same as He also showed his tiny and almost non-existent thong and caused an uproar among his fans.

The winner of the reality show Telemundo, The House of the Famous He went to an auction for a foundation and at the same table sat nothing more and nothing less than the singer and former Jennifer Lopez, Marc Anthony, With which Alicia machado She was happy to have a good time and cheek to cheek with the salsa. Obviously everyone wondered about Roberto Romano, which was not seen in any of the videos that the Venezuelan uploaded to her Instagram account.

Just a few days ago, Alicia machado was seen with Roberto Romano on a romantic beach day. Let us remember that the couple began a romance during their stay in The House of the Famous and it intensified at the end of it. Both have continued to look very happy and caramelized, so everything indicates that this relationship is going from strength to strength. In fact, it was Alicia Machado herself who confirmed that she would like to give herself a new opportunity in love.

Alicia Machado to Pablo Montero for singing to Nicolás Maduro: “I feel disappointed and betrayed”