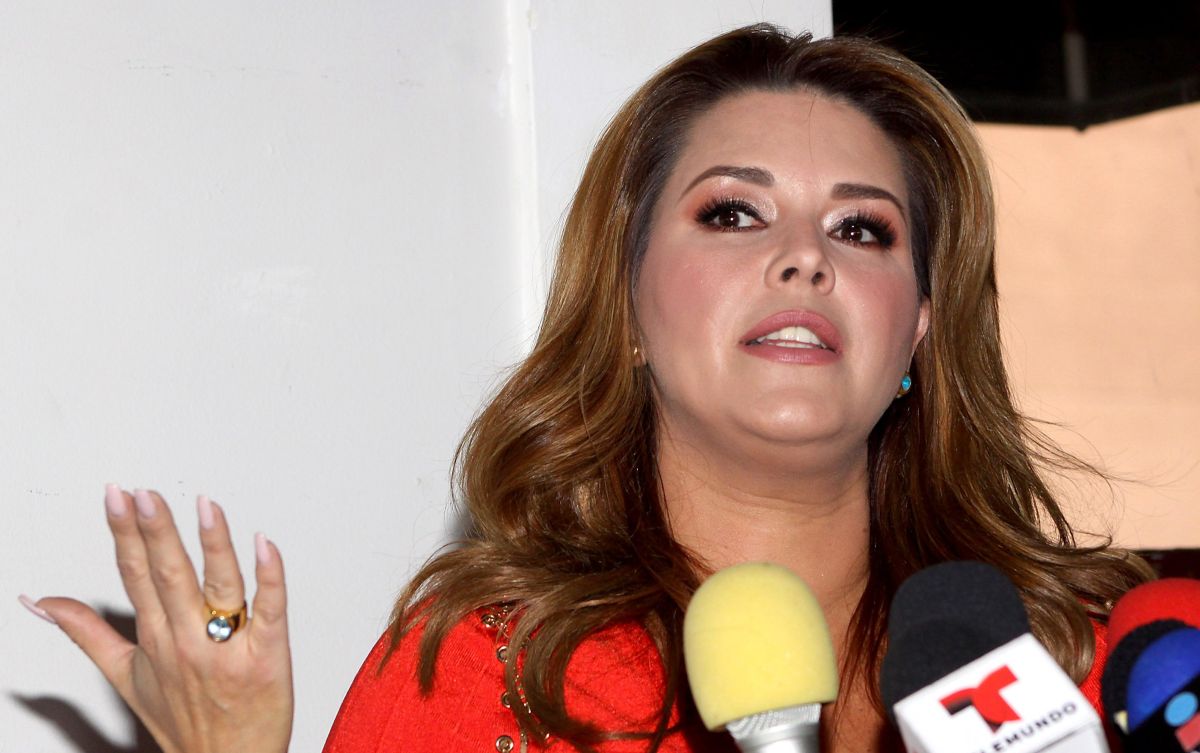 Controversies continue around reality “The House of the Famous”, Alicia Machado stated that she suffered gender violence from a renowned singer, the actress has refused to confirm who it is; However, various speculations have quickly emerged that suggest that the identity of the said interpreter could be that of José Manuel Figueroa.

With all these rumors, the famous ex-beauty queen has been reluctant to talk about the issue and through an interview via Zoom with various media, explained that it is a topic she does not want to talk about.

“Unfortunately, I have also been a victim of gender violence, not only physical, but in many other ways, and I prefer not to touch that subject, specifically for my tranquility and for my peace”, made it clear to all the press.

After refusing to reveal the identity of the person who attacked her, the actress was questioned about her current relationship with Roberto Romano, who was her partner on the television show, to which the ex-Miss Universe told the whole truth.

Thus, Machado confirmed her romance with Roberto Romano, noting that she is very happy after they both left the famous reality show, because it was in that place where they met, adding that they are giving themselves a chance.

“My love life is fine, Roberto and I, well, we do have a relationship at the moment, and we are very happy to have left that successful show and to have met in there”, confessed the Venezuelan.

In the same way, he clarified that His daughter was able to talk with Roberto and smooth things over with him, after the girl did not greet him at the end of the reality show, and their relationship became rough, which caused problems for the Venezuelan model.

“My daughter is a beautiful girl, with beautiful values, and I have also taught her that people always deserve a second chance. My daughter is my priority, she is the reason for my life, she is my universe, but just as she loves me, she will support me and she is supporting me. Thank God after the day of the gala Roberto and Dinorah spoke, Roberto has been very nice with her, we have gone to eat, they have talked, and the girl has also understood that some things were manipulated ”, assured the Venezuelan actress after the end of this program.